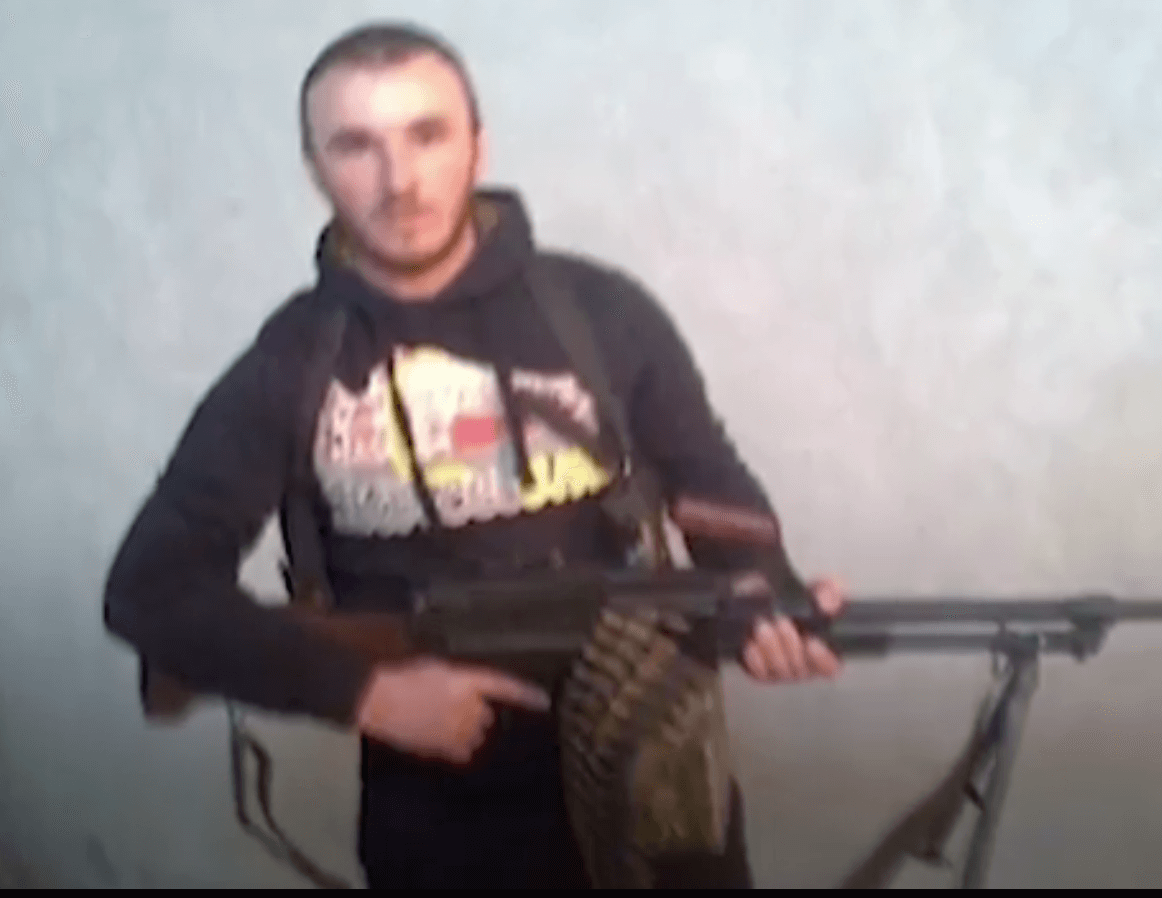 The Call of Duty features thirty-one-year-old Abu Hilmi, a Kosovar interviewed in June of 2016 in Kosovo by Anne Speckhard, with Haris Fazilu serving as an interpreter. This video clip was produced by Zack Baddorf and the ICSVE team. It focuses on the call to duty that many around the world, particularly those who lived in regions with a history of ethnic or other forms of violence, as in the Balkans, felt in response to the Syrian peoples  plight suffering under Assad’s atrocities. Terrorist groups, and even ordinary citizens, were putting out videos and calling for Muslims around the world to first come and help them fight Assad, and later, in the case of ISIS, to build the so-called Islamic Caliphate. Data suggest that upwards of eight hundred and fifty foreign fighters and their family members heeded these calls and traveled from the Western Balkan region to Syria and Iraq.

Abu Hilmi’s story also highlights the dangers of prison recruitment, as he found the facilitating network to travel to Syria among other inmates, while being briefly incarcerated in Hungary for an illegal border crossing. Abu Hilmi was already a seasoned fighter by the time he left for Syria, having served as a child soldier fighting the Serbs during the Balkan wars of the nineties. He explains that being unable to legally travel to France to live with his wife and children—coupled with his deep sympathy for their plight, his previous militant training and the fact that he was “bored”—he  became interested in helping the Syrians.

Abu Hilmi states that watching the atrocities perpetrated by Assad upon his people reminded him of his duty to defend others. However, when he arrived in Syria, unable to speak Arabic, he faced a barrier to communication.  He  couldn’t understand what was going on around him, or even who to fear, further leading to frustration and confusion. Disillusioned, he returned to Kosovo after a short stint in Syria, and then moved to France to be with his wife and children. In France, he was grateful to be offered therapy to overcome his posttraumatic responses to war. However, when the 2015 Paris attacks occurred, he found himself under suspicion and was ultimately sent back to Kosovo, where he faced terrorism charges.

The group which Abu Hilmi belonged to was not well determined, and despite having initially pled guilty to the terrorism charge of joining a terrorist group, he was able to get off on a legal technicality. He now warns others not to believe the claims of ISIS or other terrorist groups. He warns others not to believe the promises they make, stating that what is often seen on YouTube is very different than the realities on the ground, and that giving your life to such a cause  means you will miss out on education, your family, and may even land—as he briefly did, in prison.

Timed transcript of The Call of Duty video:

The Call of Duty

0:03     I joined [The Kosovo Liberation Army in 1999] because Serbia was committing genocide against our population.

0:09     [The Serbs] massacred the population.  They murdered people unjustly.

So, every person had an obligation to serve his or her country.

0:32     I went back to school. I was the first student to return wearing a military uniform.

0:50     Regarding, Syria, I heard about [what was happening] through the media and some individuals.

1:06     [These were] images shown and captured through phones, cameras, etc.

1:11     [They showed] torture, people getting murdered—women and children.

1:34     Telling no one, not even his wife, Abu Hilmi traveled from Kosovo to Syria and joined a militant unit.

1:42     However, evidence suggests he was aware of and was observing both al Nusra and ISIS activities while in Syria.

1:49     Where I stayed, I was in charge of distributing food, medications, and things of that nature.

1:57     [The Syrian regime] would bomb us from airplanes [like] helicopters.

2:22     It bothered me that each time I [a foreign fighter] went out, I had to have guards accompanying me.

2:35     Because I didn’t know the language, I had no way of finding out what was happening.

2:54     Abu Hilmi returned to Kosovo, then moved to France to live with his wife and children.

2:58     The French government provided him with psychological counseling to help him overcome posttraumatic responses from his experiences in

3:03    When the [2015 terrorist] killings in Paris took place, the French authorities started going after the perpetrators.

3:08    [The French police] brought me in for an interview. They ran a background check and they had nothing on me.

3:12     When they checked the Interpol database, they found out that I was wanted in Kosovo.

3:16     They transferred me to Kosovo in a private, special plane.

3:28     When I arrived in Prishtina, [the authorities] were amazed when they saw the private airplane.

3:37     They started asking what I had done wrong and why I was brought in on this plane.

3:44     Members of the police and the special police arrived in their vans. There were too many of them.

3:58     Abu Hilmi was initially sentenced to 30 days in jail for participation in a terrorist group.

4:08     Later, he appealed, citing a technicality, and withdrew his initial plea of guilty. The prosecutor dropped the case and Abu Hilmi was freed.

4:24     I don’t care whether someone wants to establish a Caliphate, build armies, or capture territories.

4:31     I spent my whole life fighting and facing difficulties and problems.

4:36     I spoke to those who were present at the facility [and] told them about the dangers of joining.

5:03     [Terrorists like ISIS] show similar videos to the poor, the uneducated and the unemployed.

5:32     I regret that I missed out on getting an education and I can’t change that.

5:49     Sponsored by the International Center for the Study of Violent Extremism