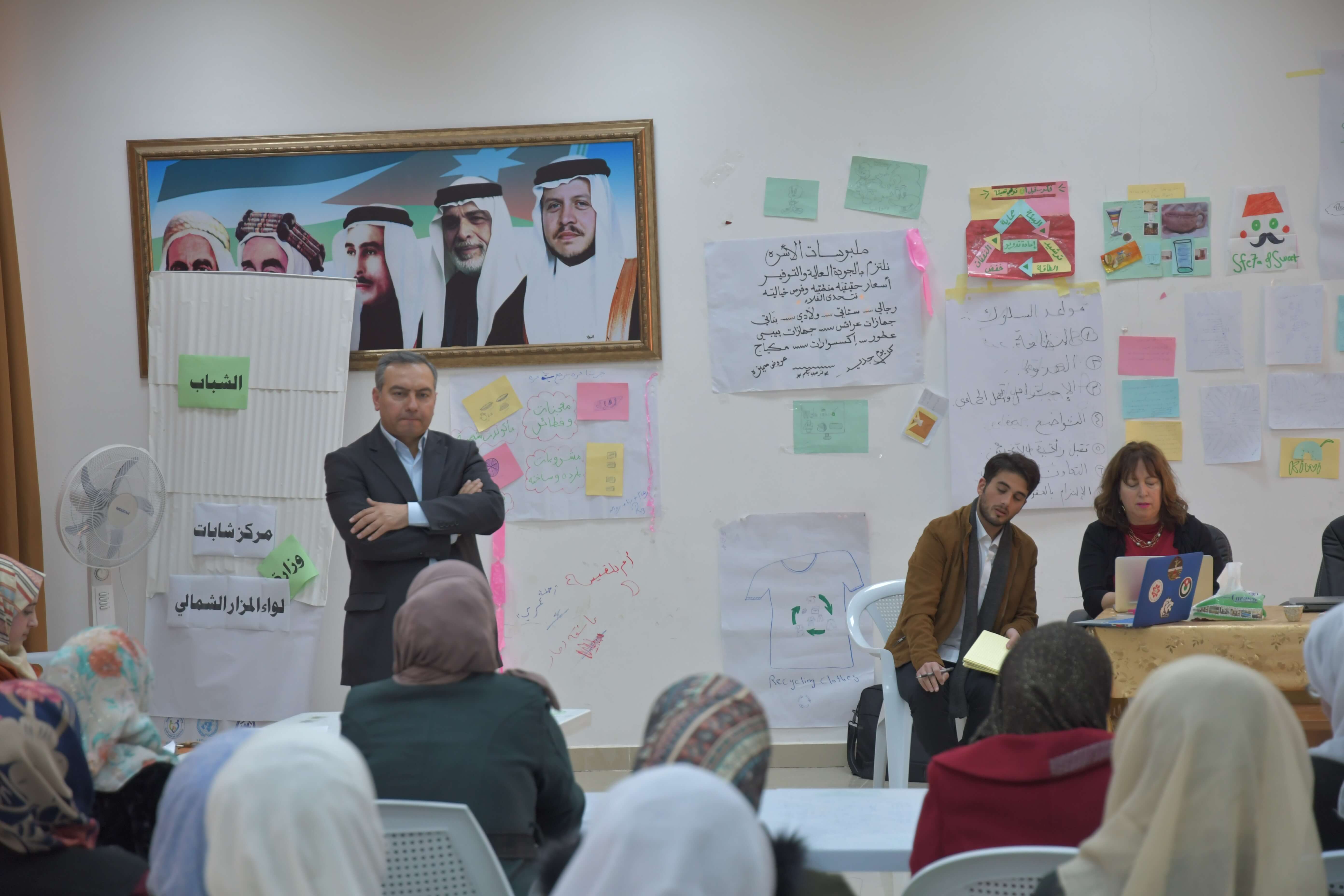 With our growing team of diverse academic and professional backgrounds, ICSVE grew out of Dr. Anne Speckhard’s work on counterterrorism and counter-radicalization spanning more than two decades.

Given the prolific use of media by terrorist organizations such as ISIS to spur their global reach and propaganda, fighting ISIS and similar groups in the digital and information realm has become a major pillar of our research activities. We take pride in our field-based primary research and evidence-based educational video materials that are carefully crafted to counter the efforts of extremist and terrorist organizations to publicize their propaganda and garner support for violence. We at ICSVE strongly believe that the voices of defectors and victims of terrorist groups should be the overriding force in our collective counter-narrative efforts. First-person research with extremists, terrorists, and their supporters, and evidence-based counter-messaging is what makes our organization stand out from the rest.

ICSVE provides field research, training, and advice to government leaders, intelligence, police, defense, international organizations, and civilians worldwide—most recently in the United States, Europe, Middle East, Central and Southeast Asia, and the Balkans—on the core areas of P/CVE and counter-terrorism. ICSVE is currently engaged in collaborative projects with partners in the field, including  NAMA—Strategic Intelligence Solutions,  in Amman, Jordan, and the non-profit “Not in God’s Name” (Verein zur Förderung von Interkulturellem Dialog c./o) in Vienna, Austria.

ICSVE staff also frequently consult to and appear on CNN, BBC, NPR, Fox News, MSNBC, CTV, Time, The New York Times, The Washington Post, London Times, and many other publications. ICSVE staff conduct research worldwide and are available to train and lecture for international conferences and workshops as well as assist those working in communities susceptible to radicalization and violent extremism.

ICSVE works with partners and donors interested in countering violent extremism. We welcome scholars and leaders from academia to politics to creative pursuits in the fight against violent extremism. The organization is dedicated to pushing the limits of excellence and building a solid architecture of global counter-radicalization and counterterrorism research and cooperation.

In Sulimaniah, Iraq, ICSVE Director Anne Speckhard and Ardian Shajkovci were interviewing a jailed ISIS emir. Talking about sex slaves, he waved his hand over all of us and said, “If I controlled this room, all the women in it, I can do what I want, they’re mine.” Dr. Speckhard interjected, saying, “Wait a minute, I’ve got two ISIS guys on video on my laptop who totally disagree with you.” She expected the shackled man to break her computer, but he was totally engaged in the videos. In the end, he hung his head in shame. He admitted, “We were wrong. We had arguments internally about this issue. We gave a bad face to Islam.” This reaction came from a man credited with sending 13 suicide bombers to kill 500 persons. Only minutes before, he had bragged about ISIS and sex slaves. ICSVE’s videos can be used as an effective intervention in prisons to break someone down, getting past their bravado and defenses.

Omar, a counselor in London, was working with a 13-year-old boy who was hell bent on going to Raqqa. Omar didn’t want to turn the kid into the police but was worried that this kid is really going to depart for Raqqa. He decided to show him one of ICSVE’s counter narrative videos that tells the story of a Syrian boy, also about 13, who had joined the ISIS Cubs of the Caliphate and who had been pressured to become a suicide bomber. They watched it together. When it finished the boy asked, ‘Is that for real?’ Omar said ‘Yeah, that’s a real guy that was in ISIS.’ The boy said, ‘Okay, I’m not going.’ The ICSVE video changed his mind.

Using anonymous Facebook profiles, ICSVE staff found about 170 Facebook profiles of potential ISIS supporters – people that had many ISIS friends or were endorsing, sharing and distributing ISIS materials. Ethically, we decided to carry out an intervention since they may go down a terrible path and harm both themselves and countless others. So, we tagged them with our Breaking the ISIS Brand Counter-Narrative videos, which use titles and thumbnails to look like ISIS propaganda. Without watching them, these ISIS supporters endorsed and redistributed them to their wider circles of influence. When they finally did watch the videos, they cursed us, but we had already infected their territory with a counter narrative—an ISIS insider denouncing ISIS as corrupt, brutal and un-Islamic.

Teachers in cities in Belgium and the Netherlands told us, ‘We’re afraid to bring ICSVE’s counter narrative videos into our classroom because some of our students are radicalized and aggressive.’ Likewise, Dutch police told us they are not equipped to discuss these topics in any depth with students. So we started making study guides to go with the videos and develop trainings for teachers and police and other CVE practitioners to effectively intervene for prevention with students. Think how important teachers and community workers are in shaping the thoughts of youth. ICSVE staff have conducted focus groups and trainings with teachers and police in the Balkans, Europe, Iraq, Jordan and Southeast and Central Asia.

We subtitle our videos in the 20+ languages that ISIS is recruiting in and put them on YouTube for anyone to freely use as a tool to fight ISIS. Due to their emotionally evocative content, youth readily engage with these videos and begin to open up and talk—even about really vulnerable topics—making it clear to discussion leaders what issues are important to address. We train NGOs, schools, police, prison officials, counselors, and CVE professionals around the world about prevention and interventions and how to use our tools. Anyone fighting ISIS can use our products.

ICSVE welcomes partners and donors interested in fighting violent extremism.
Contact us to learn how we can work together.
Copyright ICSVE 2022 - All Rights Reserved
Back To Top