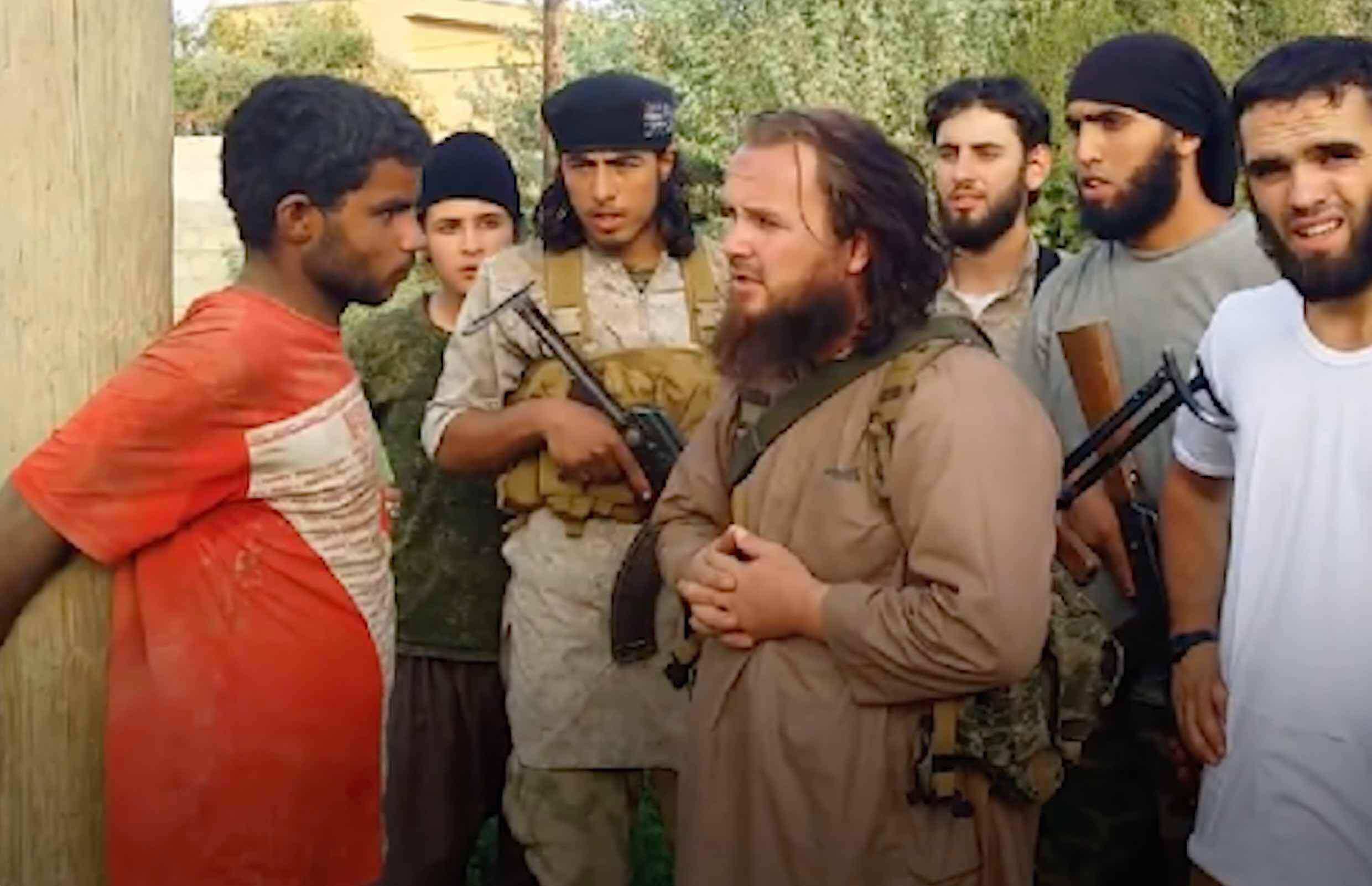 Often, realities of war differ from war stories and war-related reporting we see on TV or social media platforms, such as YouTube or Facebook. Many who joined the conflict in Syria, like thirty-one-year-old, Abu Hilmi, a Kosovar (interviewed in June of 2016 in Kosovo by Anne Speckhard), felt sympathy for the plight of children, elderly, women, and refugees caught up in the conflict. The suffering of the Syrian people and atrocities committed under the Assad regime drew sympathy and support by many, but terrorist organizations also used these events for their own purposes. In this video, Albanians in the Islamic State Caliphate (the 38th counter narrative video in the ICSVE Breaking the ISIS Brand series) Abu Hilmi warns that you will miss out on your life and may land in prison if you join a terrorist group—even in hopes of helping others.

This video clip was produced by Zack Baddorf and the ICSVE team. It focuses on the sympathy that many around the world, particularly those who lived in regions with a history of ethnic or other forms of political violence, as in the Balkans, felt in response to the Syrian people’s plight suffering under the Assad regime’s atrocities. Terrorist groups, and even ordinary citizens, were putting out videos and calling for Muslims around the world to first come and help them fight Assad, and later, in the case of ISIS, to build the so-called Islamic Caliphate. Abu Hilmi was one of these young men caught up by what he felt was a call to duty. He had already fought for the Kosovo Liberation Army (KLA) in the 1999 Kosovo conflict and took part in the 2001 insurgency in the Republic of Macedonia fighting alongside Albanian National Liberation Army (ANLA), and as a seasoned fighter felt he could help the oppressed Syrians as well.

Abu Hilmi was not alone in heeding these calls. Approximately eight hundred and fifty foreign fighters and their family members heeded these calls and traveled from the Western Balkan region to Syria and Iraq.

Abu Hilmi’s story highlights the manipulation that terrorist groups make of the plight of victims and of sacred religious scriptures. Now, after having gone to Syria and witnessed what groups like ISIS are really about, he states, “No religion, whether it is Buddhism, Christianity or Islam, teaches us to behead or to kill,” and advises everyone to carefully learn their religion and study their scriptures so as not to be deceived. Abu Hilmi was disillusioned in Syria and returned to Kosovo, then moving illegally to France to be with his wife and children. However, when the 2015 Paris attacks occurred, he found himself under suspicion and was ultimately sent back to Kosovo, where he faced terrorism charges.

The group to which Abu Hilmi belonged was not well determined by the prosecuting authorities at the time, and despite having initially pled guilty to the terrorism charge of joining a terrorist group and organization, he was later able to get off on a legal technicality and avoid prison. At the time of the interview, he was still uncertain, and he stated that he hoped to return to normal life. “I am hoping to close this case—what happened to me—and return to my family [in France]. [I want to] just work and live normally,” he stated. Yet, he pointed out that ISIS is unremittent in their propaganda efforts.” [In Kosovo], we see [ISIS]. The moment you visit an Internet page, all you see is them. [They’re] on every TV channel. Everywhere,” he states.

Indeed, ICSVE researchers recently studied Facebook profiles looking for distributors and endorsers of ISIS materials on social media platforms. In January 2019 alone, they found over 500 such accounts active in Albanian, Arabic, Turkish, and English, with considerable crossover between profiles purporting to be located in the countries of the Western Balkans and Syria. Despite its territorial losses, the digital “Caliphate” is very much alive and well on the Internet. In fact, ISIS continues to target and recruit the vulnerable populations throughout the Balkans and beyond.

From his own experiences inside Syria, Abu Hilmi warns not to join terrorist groups despite feeling sympathy for the victims they claim to be helping: “I would advise that it’s not the right path to follow. It’s better to study, read, and live a good life with your family.

In this video and a related one, The Call of Duty, he now warns others not to believe the claims of ISIS or other terrorist groups. He warns youth especially, not to believe the manipulations of religion that terrorist make, stating that you need to study and learn for yourself about Islam and stick to what the Quran actually says. Likewise, he warns that giving your life to such a cause, even if worthy in intentions, means you may miss out on education, your family, and may even land—as he briefly did—in prison.

What do you feel when watching this video?

What do you think of Abu Hilmi’s decision to travel to Syria?

What do you think when you see ISIS calls to help other beleaguered Muslims?

Do you believe that ISIS and groups like ISIS exploit conflicts and sectarian and religious tensions, even among the Muslims themselves?

What are the implications for demobilizing and reintegrating individuals with significant military experience like Abu Hilmi upon return?

Arguably, Abu Hilmi has returned to a country (his home country) with relative peace and political stability. What are the implications for the returnees from the conflict zones (especially the seasoned fighters) to areas with long and continual history of ethnic, communal, etc. violence?

Timed transcript of Albanians in the Islamic State Caliphate

00: 06: We need to attend specially designated schools for such matters.

00: 10: No religion, whether it is Buddhism, Christianity or Islam, teaches us to behead or to kill.

00: 18: TEXT: Abu Hilmi has been a soldier since age 14, defending Muslims in the Balkan wars

and fighting for Kosovar independence.

00: 26: It was our homeland, and we had nowhere else to go. We couldn’t leave the country.

00: 30: TEXT: When the conflicts in Syria erupted, Abu Hilmi felt obligated as a seasoned soldier

to go help his Muslim brothers there.

00: 38: TEXT: But after going to Syria and fighting there, Abu Hilmi became disillusioned and returned home.

00: 42: TEXT: Abu Hilmi was arrested in France and extradited back to Kosovo where he faced terrorism charges. It’s unclear whether or not he joined ISIS.

00: 46: I am hoping to close this case—what happened to me—and return to my family [in France].

01:00: Those ideologically inclined can keep on doing their own thing.