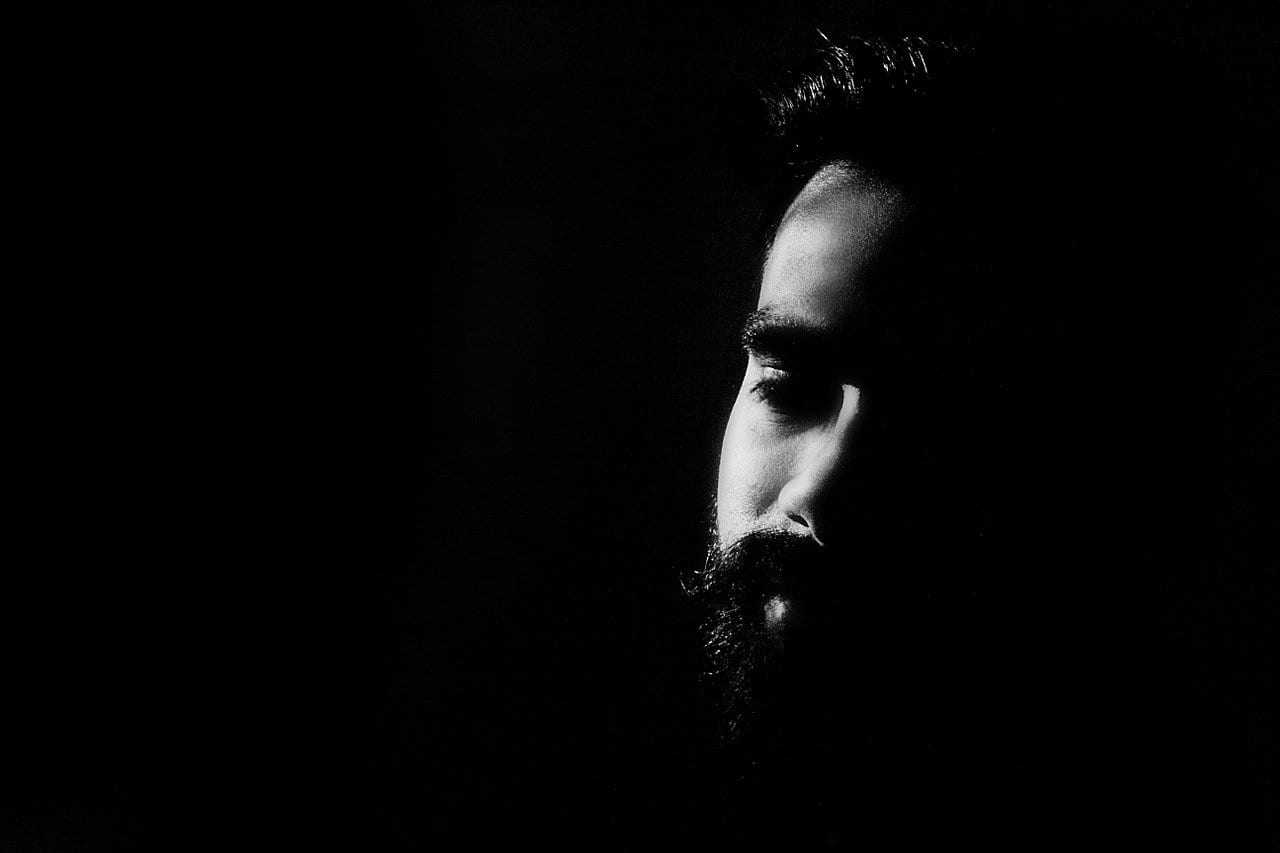 The event was held via Zoom.

Our past few events have examined pathways into and out of white supremacism, focusing on the experiences and stories of a few individual actors. We have learned a lot, but there is quite a bit more to learn as we “zoom” out and look at white supremacists on the aggregate. ICSVE recently released our first research report based on qualitative analysis of a sample of 32 current and former white supremacists from the United States, Canada, Germany, the United Kingdom, and New Zealand. The report, which is a part of an ongoing study, highlights, among other things, the prevalence of trauma and adverse childhood experiences in the early lives of the people in the sample; the need for belonging, significance, and identity as major motivating factors; the way that casual and systemic racism can prime an individual to more easily adopt an overtly hateful ideology; the isolation and subsequent echo chamber effect produced by hate groups; the recruitment of retired and active military and law enforcement personnel; the use of social and mainstream media for recruitment purposes; and the many barriers to exiting, ranging from tattoos to ill-equipped and unprepared mental health professionals.

On June 9, 2021, join the authors of the report, Dr. Anne Speckhard and Molly Ellenberg, as well as Jeff Schoep and TM Garret, who support this research, for a discussion of the many findings in the report and directions for future interview-based research with white supremacists.

Jeff Schoep is now after years of leading the National Socialist Movement, working as an international extremism consultant, human rights activist and public speaker. While working to remediate his past life, he has dedicated himself to promote peace building and, in this role, Jeff helps to educate communities and policy makers on the threat of white supremacism and how to effectively both counter and prevent violent extremism. From 1994 until early 2019 Jeff Schoep was the was the leader of the largest neo-Nazi organization in the United States, the National Socialist Movement (NSM). In early 2019, Jeff retired from the NSM and walked away from the white nationalist movement in its entirety.  After wrestling with his conscience, over how to best set things right, Jeff realized that he could not just sit back while the world continues to burn in the flames of hatred. Instead of remaining silent, he decided to speak out and help others. It is now Jeff’s mission to be a positive, peaceful influence of change and understanding for all of humanity in these uncertain times. In January of 2020, Jeff Schoep founded Beyond Barriers, a non-profit organization dedicated to helping people leave extremist organizations as well as providing support and connections to individuals and communities affected by extremism. Jeff now uses his past experience and insights to help combat and prevent violent extremism. In addition to public speaking, he also provides consulting services and leadership skills trainings.

TM Garret is a German-American Human Rights and Interfaith Activist. As a former Neo-Nazi and KKK leader, who left hate groups and extremist ideology behind in 2002, he now is a motivational speaker against hatred and Anti-Semitism. In 2016 he founded C.H.A.N.G.E, a non-profit organization engaging in community outreach programs, food drives, seminars, anti-racism campaigns, and anti-violence campaigns. In 2018 he founded the annually Memphis Peace Conference. TM Garret also works closely with the Simon Wiesenthal Center and has lectured at schools like Harvard, Dartmouth, Vanderbilt, Boston Law School, Hotchkiss and Pomona.

Molly Ellenberg is a research fellow at the International Center for the Study of Violent Extremism [ICSVE]. Molly is a doctoral student in social psychology at the University of Maryland. She holds an M.A. in Forensic Psychology from The George Washington University and a B.S. in Psychology with a Specialization in Clinical Psychology from UC San Diego. At ICSVE, she is working on coding and analyzing the data from ICSVE’s qualitative research interviews of ISIS and al Shabaab terrorists, running Facebook campaigns to disrupt ISIS’s and al Shabaab’s online and face-to-face recruitment, and developing and giving trainings for use with the Breaking the ISIS Brand Counter Narrative Project videos. Molly has presented original research at the International Summit on Violence, Abuse, and Trauma, the GCTC International Counter Terrorism Conference, UC San Diego Research Conferences, and for security professionals in the European Union. She is also an inaugural member of the UNAOC’s first youth consultation for preventing violent extremism through sport. Her research has also been published in Psychological Inquiry, Global Security: Health, Science and Policy, AJOB Neuroscience, Behavioral Sciences of Terrorism and Political Aggression, Journal of Child and Adolescent Trauma, the Journal of Strategic Security, the Journal of Human Security, Bidhaan: An International Journal of Somali Studies, and the International Studies Journal. Her previous research experiences include positions at Stanford University, UC San Diego, and the National Consortium for the Study of Terrorism and Responses to Terrorism at the University of Maryland.

Anne Speckhard, Ph.D., is Director of the International Center for the Study of Violent Extremism (ICSVE) and serves as an Adjunct Associate Professor of Psychiatry at Georgetown University School of Medicine. She has interviewed over 700 terrorists, their family members and supporters in various parts of the world including in Western Europe, the Balkans, Central Asia, the Former Soviet Union and the Middle East. In the past five years, she has in-depth psychologically interviewed over 250 ISIS defectors, returnees and prisoners  as well as 16 al Shabaab cadres (and also interviewed their family members as well as ideologues) studying their trajectories into and out of terrorism, their experiences inside ISIS (and al Shabaab), as well as developing the Breaking the ISIS Brand Counter Narrative Project materials from these interviews which includes over 250 short counter narrative videos of terrorists denouncing their groups as un-Islamic, corrupt and brutal which have been used in over 150 Facebook and Instagram campaigns globally.  Since 2020 she has also launched the ICSVE Escape Hate Counter Narrative Project interviewing 25 white supremacists and members of hate groups developing counternarratives from their interviews as well. She has also been training key stakeholders in law enforcement, intelligence, educators, and other countering violent extremism professionals, both locally and internationally, on the psychology of terrorism, the use of counter-narrative messaging materials produced by ICSVE as well as studying the use of children as violent actors by groups such as ISIS.  Dr. Speckhard has given consultations and police trainings to U.S., German, UK, Dutch, Austrian, Swiss, Belgian, Danish, Iraqi, Jordanian and Thai national police and security officials, among others, as well as trainings to elite hostage negotiation teams. She also consults to foreign governments on issues of terrorist prevention and interventions and repatriation and rehabilitation of ISIS foreign fighters, wives and children. In 2007, she was responsible for designing the psychological and Islamic challenge aspects of the Detainee Rehabilitation Program in Iraq to be applied to 20,000 + detainees and 800 juveniles. She is a sought-after counterterrorism expert and has consulted to NATO, OSCE, the EU Commission and EU Parliament, European and other foreign governments and to the U.S. Senate & House, Departments of State, Defense, Justice, Homeland Security, Health & Human Services, CIA, and FBI and appeared on CNN, BBC, NPR, Fox News, MSNBC, CTV, CBC and in Time, The New York Times, The Washington Post, London Times and many other publications. She regularly writes a column for Homeland Security Today and speaks and publishes on the topics of the psychology of radicalization and terrorism and is the author of several books, including Talking to Terrorists, Bride of ISIS, Undercover Jihadi and ISIS Defectors: Inside Stories of the Terrorist Caliphate. Her research has also been published in Global Security: Health, Science and Policy, Behavioral Sciences of Terrorism and Political Aggression, Journal of African Security, Journal of Strategic Security, the Journal of Human Security, Bidhaan: An International Journal of Somali Studies, Journal for Deradicalization, Perspectives on Terrorism and the International Studies Journal to name a few.  Her academic publications are found here: https://georgetown.academia.edu/AnneSpeckhardWebsite: and on the ICSVE website http://www.icsve.org  Follow @AnneSpeckhard

This is the nineteenth discussion in this series of panels discussing ISIS Foreign Fighters and terrorist rehabilitation. The previous panels can be found at the following links:

Issues of ISIS Prisoners & Repatriations in a Time of COVID

Can an ISIS Terrorist be Rehabilitated and Reintegrated into Society?

Can We Repatriate the ISIS Children?

Into and Back Out of ISIS: An ISIS Defector Speaks Out

Fighting ISIS Online: An Introduction to Breaking the ISIS Brand

Talking Terrorist Propaganda with a Pro

Are We Losing a Valuable Feminist Project in the Middle East?

Rescue Me: A Conversation with the Yamout Sisters re Prison Rehabilitation

ICSVE and Parallel Networks Team Up to Fight Violent Extremism

Asking Incels: An Insiders Account of the Involuntary Celibate Community

Professor Arie Kruglanski and the Three Pillars of Radicalization

11:02:02 From ICSVE – Molly Ellenberg to Everyone : You can view all of our past events here: https://www.icsve.org/news/icsve-events/

11:02:12 From ICSVE – Molly Ellenberg to Everyone : Here is a link to the full report: https://www.icsve.org/white-supremacists-speak-recruitment-radicalization-experiences-of-engaging-and-disengaging-from-hate-groups/

11:05:05 From ICSVE – Molly Ellenberg to Everyone : This is ICSVE’s YouTube channel: https://www.youtube.com/icsve

Here is a description of the Breaking the ISIS Brand Counter Narrative Project: https://www.icsve.org/about-breaking-the-isis-brand/

11:29:21 From DCMARTC to Everyone : [In respons to discussion of Christian Identity calling Jews the spawn of Satan] which is crazy because jesus was a jew

11:55:46 From Michael Haines to Everyone : internet problems here

12:02:24 From Jonathan George (Calcs) to Everyone : Can we access the report anywhere?

12:02:34 From TM Garret to Everyone : Heather the name appears as set in your zoom versus the one you used in the sign up

12:02:42 From ICSVE – Molly Ellenberg to Everyone : Here is a link to the full report: https://www.icsve.org/white-supremacists-speak-recruitment-radicalization-experiences-of-engaging-and-disengaging-from-hate-groups/

12:03:55 From Harjit Sandhu to Everyone : Excellent presentation, Anne and Molly. Very informative. Thanks.

12:05:13 From Harjit Sandhu to Everyone : Thank you Jeff and TM Garret. Good to see you and listen to both of you once again.

12:05:34 From ICSVE – Anne Speckhard to Everyone : Please jump in for questions all and comments

12:16:24 From Saskia Hostetler Lippy to Everyone : Thank you so much for a wonderful presentation everyone!

12:16:27 From DCMARTC to Everyone : I went to a kkk rally and they ended up giving me  a donation of money food and clothes lol

12:18:16 From Rabba R. Karpov, Ph.D. to Everyone : Hey, *I* want to contribute — you guys are an inspiration, that people can change and that we can speak with each other and be in one another’s lives. I find that deeply rewarding for ME and what you said about feeling less helpless as an oppressed minority — HOT ISSUE in this house right now and you are helping to “make my day”.

12:19:55 From Rabba R. Karpov, Ph.D. to Everyone : Heather et. al. — I spent the greater part of an HOUR trying to get on here, so it isn’t just any one of us. Grateful we are able to be together this morning.

12:20:41 From Michael Haines to Everyone : really enjoying this presentation however I am only getting one word in three because of internet issues

12:20:55 From Michael Haines to Everyone : will catch on the replay

12:21:05 From DCMARTC to Everyone : In a free society few are guilty but all are responsible Rabbi Heschel

12:21:49 From Tim Zaal to Everyone : great, and important conversation.

12:23:44 From Johnny Howorth to Everyone : Amazing report – thank you Anne/Molly!

12:23:55 From Erica Kaster to Everyone : Such a great conversation and event. I will encourage lots of folks to watch the recording. Incredibly important work!

12:26:55 From Ellen Jones to Everyone : I have learned so much.  Great work you are doing.  Will this be available somewhere later? I need to watch it at least once more, and want to share with my organization

12:33:10 From Steph Scott to Everyone : Thank you for a very interesting presentation and discussion.

12:34:31 From Harjit Sandhu to Everyone : Thank you Anne, Moly, Jeff and TM; and  all others for discussion.