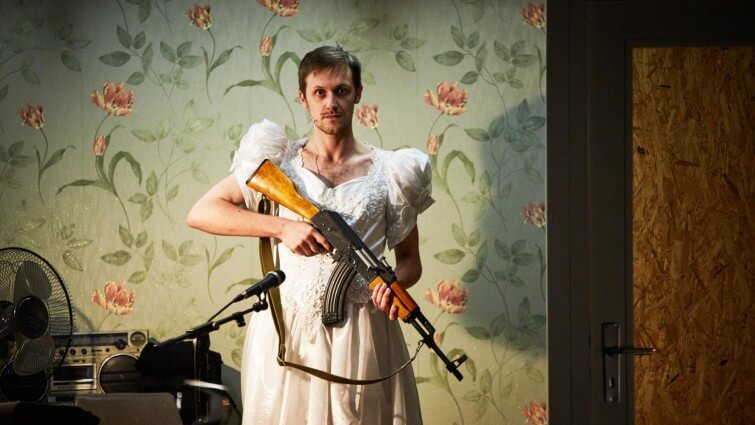 With the appearance of impending victory on the Syrian and the Iraq battlefield against ISIS[1], the group has moved to proving its ongoing reach and lethality by mounting attacks in the West, and most prominently in Europe.  Indeed, it has become clear that ISIS has long laid plans to attack in Europe and the West, using a combination of ISIS directed and inspired attacks.  These were organized through the ISIS Emni, or its external relations group[2], headed by just killed ISIS spokesman Adnani[3], which was seducing European cadres to be indoctrinated into ISIS, weapons trained and returned as quickly as possible back to Europe to attack upon command.  Some European ISIS[4] “wannabes” were even encouraged to book resort vacations in Turkey—but to travel into Syria instead where they were quickly trained and sent back to Europe to appear below the radar.  Arrests and attacks in Europe have given credence to this intelligence, uncovering ISIS networks, and travel spanning from Greece to Germany, Hungary, Belgium, France, and beyond.  Examples abound: the recent arrests in France[5] uncovered gas canisters in a car and French women remotely directed by ISIS in Syria.  ISIS cadres recruit, seduce, communicate and direct attacks via encrypted apps such as Telegram[6] and remotely encourage and direct would-be, and actual attacks, in the UK, France, Belgium, Germany, and even in the U.S.[7]

At the same time, Europe has been overrun with Syrian refugees fleeing Assad’s atrocities and terrorist groups like ISIS overtaking their territories and subjecting them to brutal, totalitarian terrorist rule.  ISIS has taken advantage of the refugees as well, embedding their cadres among the fleeing[8]—even giving some of them fake Syrian passports to pass into Europe as refugees.  Likewise, several Syrian refugees languishing in European “hotels,” likely having Internet, but still waiting for language training, jobs, and materialization of the dream they had hoped to attain in Europe by fleeing the violence back home, have been talked into taking part in ISIS terrorist plots.  Tragically, the majority of Syrian refugees fleeing violence are innocent and simply seeking safety, but are progressively being viewed with suspicion as far right, anti-immigration candidates[9] increasingly win support for key positions in European governments.

Within the backdrop of political debate over refugees and the ramped up security environment, Paderborn Theater in Germany has adapted the transcripts of actual ISIS defectors speaking about their time inside one of the most brutal and insidious terrorist groups of our time.  This adaptation results from the research interviews of Anne Speckhard, Ph.D. and Ahmet S. Yayla, Ph.D. of the International Center for the Study of Violent Extremism (ICSVE) reported in their new book, ISIS Defectors:  Inside Stories of the Terrorist Caliphate[10].

At ICSVE, Speckhard and her team have been capturing ISIS defector testimonies, most on video, over the past year with battle-hardened men, women, and adolescents who risked everything to defect, and who shared their horror stories of living under the realities of ISIS brutality and hypocrisy, witnessing the systemic rape and abuse of women (including Sunni women), seeing the corruption, secret dealings with enemies, and the completely un-Islamic character of ISIS.  These defector video clips[11] named with pro-ISIS names placed back on the Internet will, we hope, be mistakenly opened by those who are presently consuming ISIS products and the real words of ISIS insiders may be the tool to turn them away from the group.  In these clips and Internet memes would be terrorist recruits will find truth versus terrorist propaganda — from real defectors.  While we are winning on the military battlefield, the war with ISIS will not be won until we also break the ISIS brand.

Anne Speckhard, Ph.D. is Adjunct Associate Professor of Psychiatry at Georgetown University’s School of Medicine and Director of the International Center for the Study of Violent Extremism (ICSVE).  She is also the author of Talking to Terrorists, Bride of ISIS, and co-author of the newly released ISIS Defectors: Inside Stories of the Terrorist Caliphate, Undercover Jihadi, and Warrior Princess.  Dr. Speckhard has interviewed nearly 500 terrorists, their family members, and supporters in various parts of the world including Gaza, West Bank, Russia, Iraq, Jordan, Lebanon, Turkey and many countries in Europe.  In 2007, she was responsible for designing the psychological and Islamic challenge aspects of the Detainee Rehabilitation Program in Iraq to be applied to 20,000 + detainees and 800 juveniles.  For a complete list of publications for Anne Speckhard see: https://georgetown.academia.edu/AnneSpeckhard and www.icsve.org

Ahmet S. Yayla, Ph.D. is the Deputy Director of the International Center for the Study of Violent Extremism (ICSVE).  He is also Adj. Professor at the Department of Criminology, Law and Society at George Mason University and formerly served as Professor and the Chair of the Sociology Department at Harran University in Turkey.  Dr. Yayla earned both his Master’s and Ph.D. degrees in Criminal Justice and Information Science from the University of North Texas in the United States.  Dr. Yayla served as the Chief of Counterterrorism and Operations Division for the Turkish National Police.  See https://www.icsve.org/staff-member/ahmet-s-yayla-2/