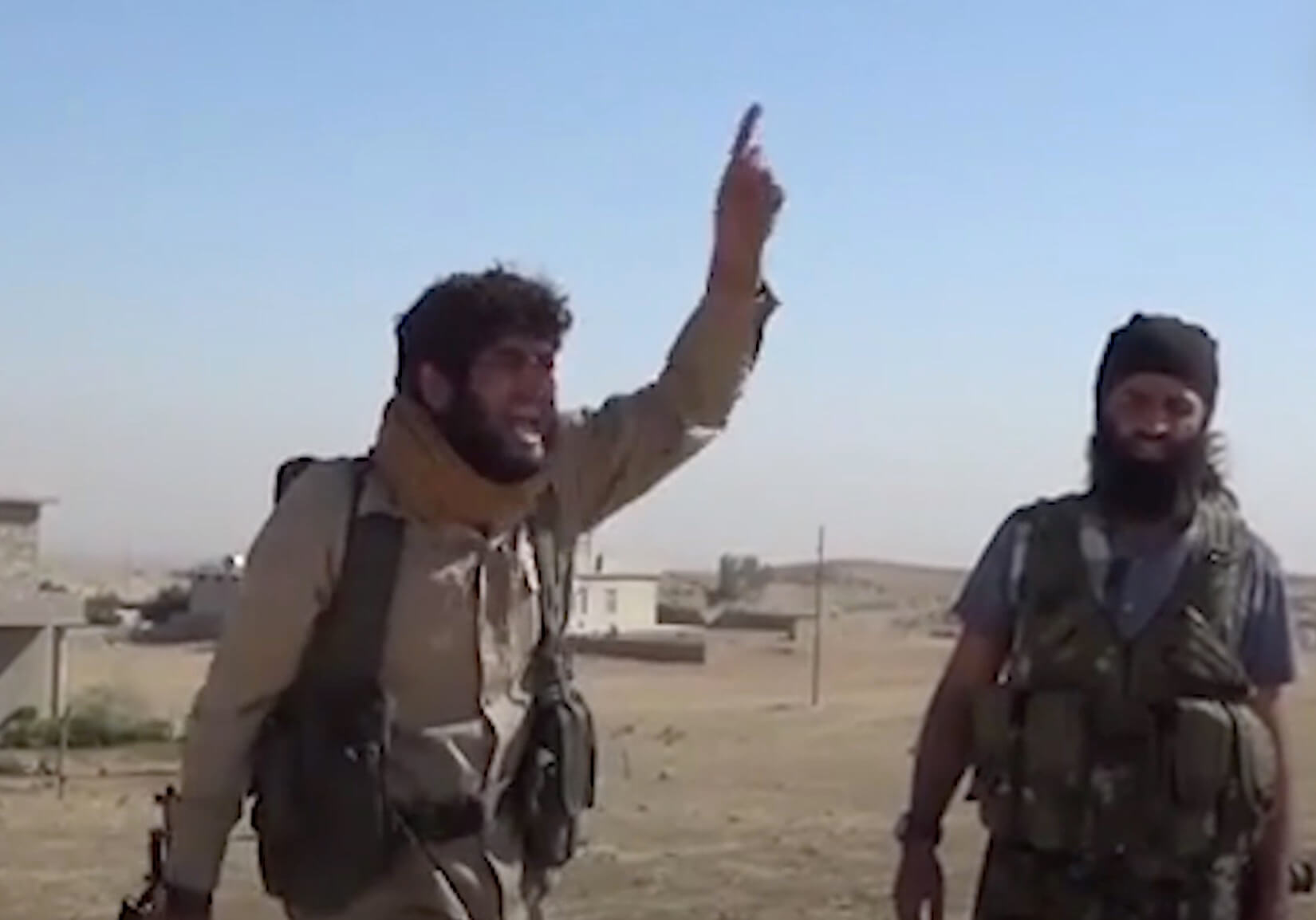 The People Live in Darknessis the 66th counter narrative video in the ICSVE Breaking the ISIS Brandseries. This video features 22-year-old Abu Valid, a Syrian defected ISIS fighter. Abu Valid was interviewed in December of 2015, in Southern Turkey by Anne Speckhard and Ahmet Yayla. The video was produced and edited by Zack Baddorf and ICSVE staff.

When the Syrian uprising occurred, Abu Valid, like many other Sunni Syrians, joined the Free Syrian Army (FSA). He was later captured and tortured by ISIS, and, as he claims, forced under the threat of death to join and serve them.

In this video, Abu Valid details how ISIS would send captured fighters, such as himself, to the frontlines in Iraq to either prove themselves as loyal to ISIS or die. He explains, “Those who fight them or know anything [bad] about them, they deport them to Iraq [to fight for ISIS and to almost certain death].”Once in Iraq, ISIS would also move the fighters around from place to place, to minimize the possibility of making contact with any enemies of ISIS or create a following against ISIS.

Abu Valid recounts, as other defectors have told ICSVE researchers, how ISIS would also pressure those they didn’t trust to act as suicide bombers. According to Abu Valid, they would tell those selected for suicide missions, “Allah chose you.”  Similarly, they tried to motivate those sent to die fighting in Iraq by telling them that the Shia were butchering their Sunni Iraqi brothers with knives and that their brothers in Ramadi were seeking ISIS help.

Abu Valid states that he was unaware of how abusive ISIS really was until he was taken to Raqqa, at which point he saw with his own eyes how both foreign fighters and locals were being mistreated by ISIS leaders. He notes that the local Syrians were treated the worst.

Abu Valid managed to defect from ISIS and escape into Turkey. He now warns and advises youth in Europe in particular not to join.  “Why would people, Syrians or Iraqis, flee [from ISIS] to Europe?” he wonders.  He sums up his answer by saying, “They should ask themselves those questions and they will find out that it is better for them not to join [ISIS].”

Do you believe that Abu Valid is telling the truth about his experiences in ISIS?

What do you think of ISIS sending those who they don’t trust or want to get rid of to the front lines?

What do you think of ISIS telling those they chose for “martyrdom” missions that “Allah chose you.”

Do you believe that the flow of Syrians and Iraqis fleeing ISIS areas is indicative of whether ISIS rule was good or not?

Alleging that you or your government implements shariahlaw does not make it so unless this same governance is also viewed and experienced as legitimate by the people who are living under it. Ali bi Abi Talib, the Prophet’s (PBUH) cousin and son-in-law, said: “Right is not recognized by men, know the right then you would know who its bearers are”. By this he meant that Allah has revealed his law and what he commanded is recorded in the Quran and Sunna of the Prophet (PBUH) for all to read and see.  It’s is not men, but Allah who decrees right from wrong.

The Prophet (PBUH) likewise told his followers: “”I have left two matters with you. As long as you hold to them, you will not go the wrong way. They are the Book of Allah and the Sunna of His Prophet.” This means that when in doubt, we should compare what is going on in the here-and-now to what is in the Quran and Sunna to decide if what is occurring now is either right or wrong.

While ISIS, and groups like them, often hark back to the practices of the Prophet (PBUH) and his companions and they, in outward form at least try to emulate them—such as requiring hijab for women, short pants and beards for men, they miss completely the main messages of the Prophet which were about love of Allah for his creation, correct guidance to mankind to be able to flourish, and the administration of punishments that should only be meted out in a merciful manner to correct the wayward. ISIS, and groups like them, are by contrast, totalitarian in the way they govern and their leaders are power-hungry and abusive to the populations who fall under their rule. It is obvious that most ISIS practices are against Islam in general, otherwise people would never try to escape from them, as what Muslim would want to escape a true Islamic State governed with mercy and love?

In Iraq, we watched innocent people in Mosul who were imprisoned in their own homes and left to death, parents too afraid to send their children to ISIS schools, and women fearing rape and forced marriage to ISIS strangers. There, with no food, nor basic needs being met, and when anyone tries to escape they would be under ISIS’s snipers bullets or caught and imprisoned, tortured and executed! Not even a fool could claim that this is Islam as the Prophet (PBUH) revealed it to mankind.

Timed transcript of The People Live in Darkness video:

0:10     so they wouldn’t meet any guys from sleeper cells [working against ISIS]

0:23     They would tell him, ‘Allah chose you,’ and try to make him carry out a martyrdom operation.

0:47     The Shia are slaughtering Sunni with knives.’ That was their perspective.

0:52     Abu Valid is a Syrian who was captured by ISIS from the Free Syrian Army. He claims he was tortured and threatened with death unless he joined ISIS.

1:06     It appeared to me that those people [under ISIS control] live in complete darkness,

1:12     But the [local Syrian ISIS members] are treated worse than the foreigners.

1:18     As a fighter who ISIS was willing to sacrifice, Abu Valid got sent by ISIS leadership to the front lines in Iraq.

1:24 [ISIS leader] Abdulrahman had asked us to prepare ourselves to leave to Iraq.

1:58     If any person would like to migrate to the so-called ‘Caliphate’ of the Islamic State,

2:19     They should ask themselves those questions

2:32     Sponsored by the International Center for the Study of Violent Extremism  www.ICSVE.org