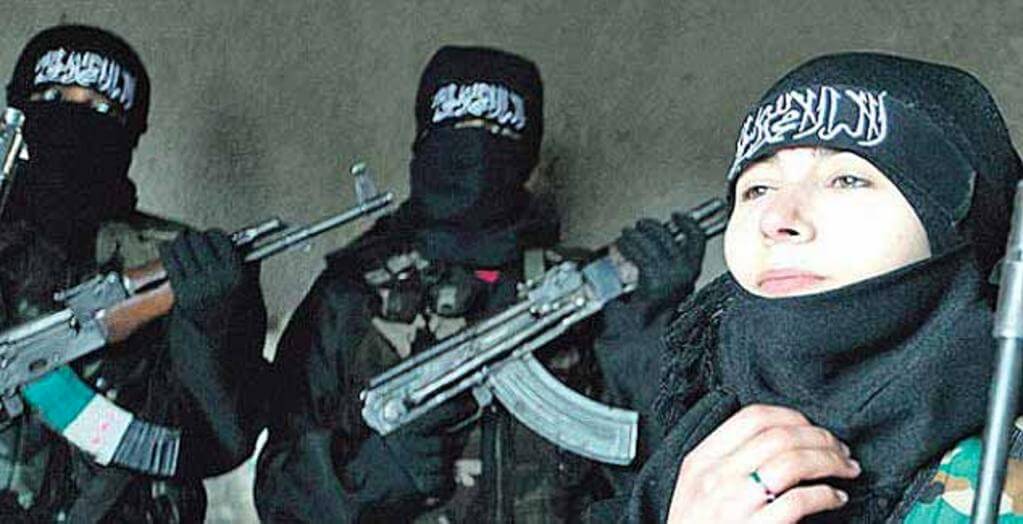 Samra Kesinovic, 17, and her friend Sabina Selimovic–two beautiful, young Bosnian immigrant girls who left their families in Vienna, Austria in 2014 are reported today to have been beaten to death after being caught trying to flee the ISIS stronghold of Raqqa.[i] Indeed the fates of those who join ISIS with wide and shining eyes, only to later get disillusioned, is not pretty and often ends in death, beatings, beheadings and more. What makes Westerners, particularly young girls, want to join ISIS?

The allure for Western girls, particularly from Europe, to join ISIS as brides emanates from a number of things. First, if they perceive discrimination and marginalization as standing in their way to finding success in Europe, ISIS is offering a new world order in which race, ethnicity and particularly being Muslim are no longer obstacles. They also offer for Western women a traditional life style, marriage, adventure, a home (taken from others of course) and even a car to be part of the bargain. Likewise when young Western women first express interest in joining they are typically swarmed and/or groomed for hours with painstaking attention paid to helping them buy into the ISIS worldview. Sadly when they get there the facts on the ground don’t match the reality and then they have to risk their lives to escape and may not be able to–facing the prospect of beatings and beheadings as a result.

ISIS in its call to the Caliphate is also offering a new world order in which the current geo-political conflicts will, according to ISIS, be resolved with everyone ultimately living as Muslim in a utopian life governed by Islamic ideals–heady stuff for the young who are disheartened by real injustices in the world and still believe in the possibility of utopias. The violence necessary to get there is dismissed by recruiters as necessary for revolutions to succeed and who point out the current level of violence that many innocent Muslims are enduring living under despotic regimes. Who will save the Muslim world from suffering they ask, if not Muslims themselves? Certainly the West is failing to do so they point out.

To counter the narrative that groups like al Qaeda and ISIS are currently selling, we need to address the conflict zones, particularly in Syria and Iraq with speedy and well-thought out political solutions, and back home we need a civil rights movement–at least in Europe–to encourage the integration of now sidelined second generation immigrant Muslim kids, to help them succeed and be able to see their futures in the West, instead of with a horrific and violent organization–whether or not it claims to be the true Islam. Then their passions to change the world and their desire to be self actualized can happen without the involvement of groups like ISIS or al Qaeda coming into the mix.

[i] Boyle, D. (November 24, 2015). Teenage Islamist ‘poster girl’ who fled Austria to join ISIS ‘is beaten to death by the terror group after trying to escape from Syria’. Daily Mail. Retrieved from: http://www.dailymail.co.uk/news/article-3331846/Teenage-Islamist-poster-girl-fled-Austria-join-ISIS-beaten-death-terror-group-trying-escape-Syria.html

Anne Speckhard, Ph.D. : is Adjunct Associate Professor of Psychiatry at Georgetown University in the School of Medicine and has taught the Psychology of Terrorism in the Security Studies Program in the School of Foreign Service. She is Director of the International Center for the Study of Violent Extremism and a nonresident Fellow of Trends. She is also the author of Talking to Terrorists and coauthor of Undercover Jihadi. Her newly released book, inspired by the true story of an American girl seduced over the Internet into ISIS is Bride of ISIS.  Dr. Speckhard has interviewed over four hundred terrorists, their family members and supporters in various parts of the world including Gaza, the West Bank, Chechnya, Iraq, Jordan and many countries in Europe. She was responsible for designing the psychological and Islamic challenge aspects of the Detainee Rehabilitation Program in Iraq to be applied to twenty thousand detainees and eight hundred juveniles.  Website: www.AnneSpeckhard.com