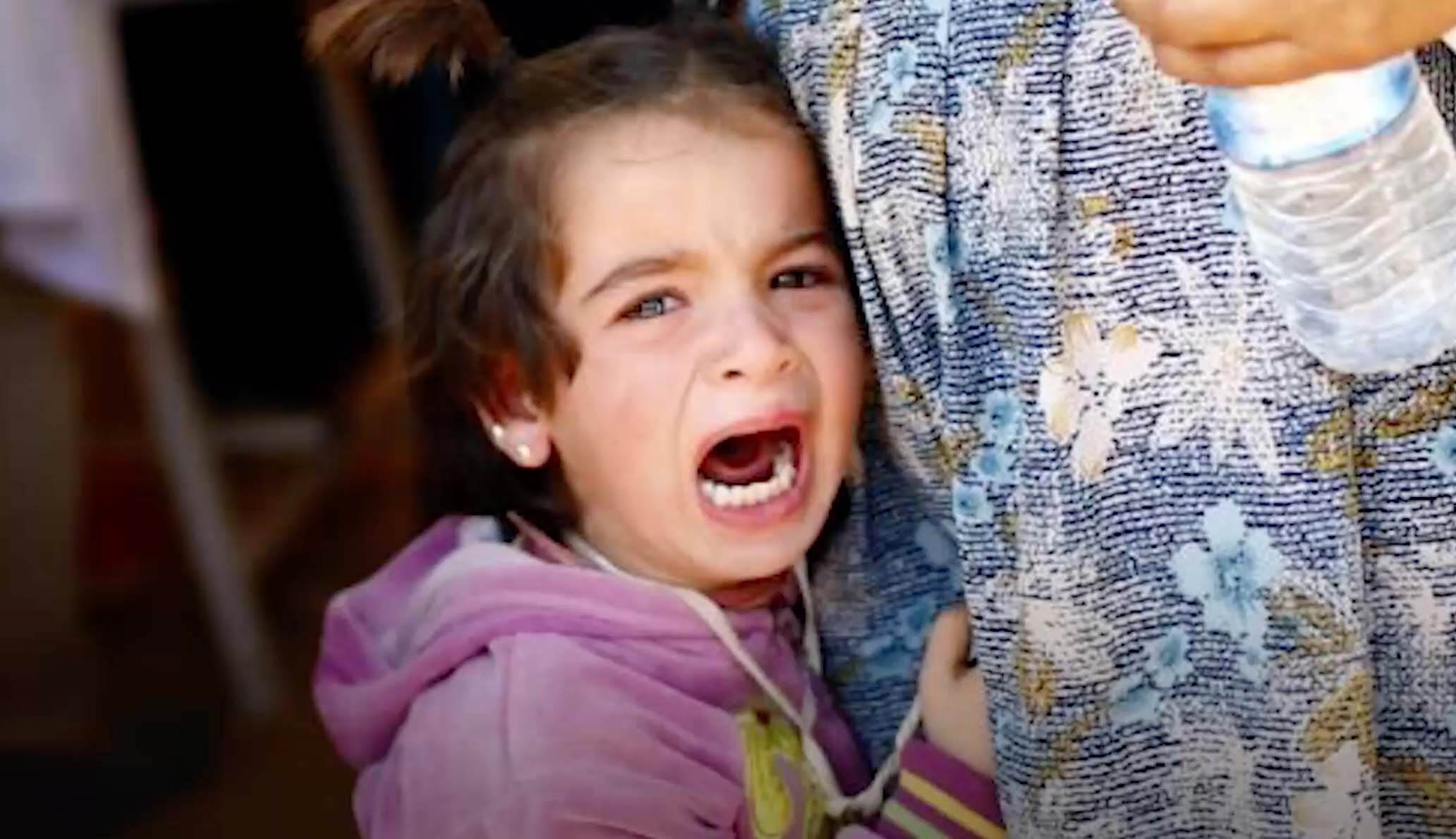 The Long Arm of the Islamic State features thirty-three-year-old Syrian, ISIS commander Abu Said who was interviewed in November 2015 in southern Turkey by Anne Speckhard and Ahmet S. Yayla.It was produced and edited by Zack Baddorf and our ICSVE team. This counter narrative video highlights the difficulty and dangers of trying to leave ISIS and the suffering that results for those who join them.

In The Long Arm ofthe Islamic State, Abu Said talks about how after becoming disillusioned with ISIS and deciding to escape by fleeing from Syria into Turkey, he and his family were starving and near death. He recalls watching children in the streams of refugees fleeing the conflicts in Syria who died of starvation and exhaustion on the trek into Turkey. Abu Said remarks that his daughter, who was starving for three days, still has psychological issues to this day.

Abu Said narrates that although he and his family found relative safety in Turkey, he still lives in constant fear of ISIS surveillance and is well aware that ISIS leaders pay killers and spies to hunt for their defected cadres. Indeed a series of murders in Turkey by ISIS have been well documented. He tells the story of a Syrian defector who was criticizing ISIS on Facebook and Twitter only to have an ISIS spy secretly photograph him in Urfa, Turkey. After ISIS sent him the photo, with a threat saying they knew where he lives and works.

Abu Said tells of having nightmares of ISIS capturing him or his family, or demanding he turn himself into them. He states that he lives in constant fear and is terrified when people notice him or ask simple questions, fearing they are collecting information on him. He states that his life is spoiled by terror and traumatic memories of what he lived through while serving ISIS. While he doesn’t explicitly warn others not to join in this video, the implication is clear—that they will suffer and find it hard to leave, should they wish to.

What do you think of the suffering Abu Said narrates, given he served the group?

Do you think it’s possible to serve ISIS and live without guilt and terror?

Is it possible to leave ISIS without paying a high price?

Timed transcript of The Long Arm of the Islamic Statevideo:

The Long Arm of the Islamic State

0:04     When the attack on Tell Abyad happened, we tried to cross the border.

0:13     It took us three days to cross the border because it was really hard.

0:23     There were thousands of people trying to cross the border.

During these three days, we couldn’t get any food.

0:52     There were three or four children who died of starvation and heat exhaustion.

1:00     Abu Said defected from ISIS after realizing the militants were un-Islamic, corrupt and

1:04     Risking their lives, Abu Said and his family fled from Syria into Turkey.

1:14     Still today, my daughter has some sort of psychological issue. She’s always hungry.

1:26     Even after five or six months, she’s still thinking about those when she was so hungry.

2:00     because there are a lot of family connections between the two areas.

2:22     One time a Syrian man [in Turkey] talked negatively about [ISIS] on Facebook and

3:38     Even here in Turkey, I’m scared of them, because those people are disgusting.

4:36     Indeed, ISIS has taken credit for a series of murders within Turkey of activists and

opponents of their rule.

After what people saw and the horrible situations—as a human—it’s very hard to bear.

4:53     After what we saw and the horrible situations, it’s very hard to bear as a human being.

5:09     Sponsored by the International Center for the Study of Violent Extremism