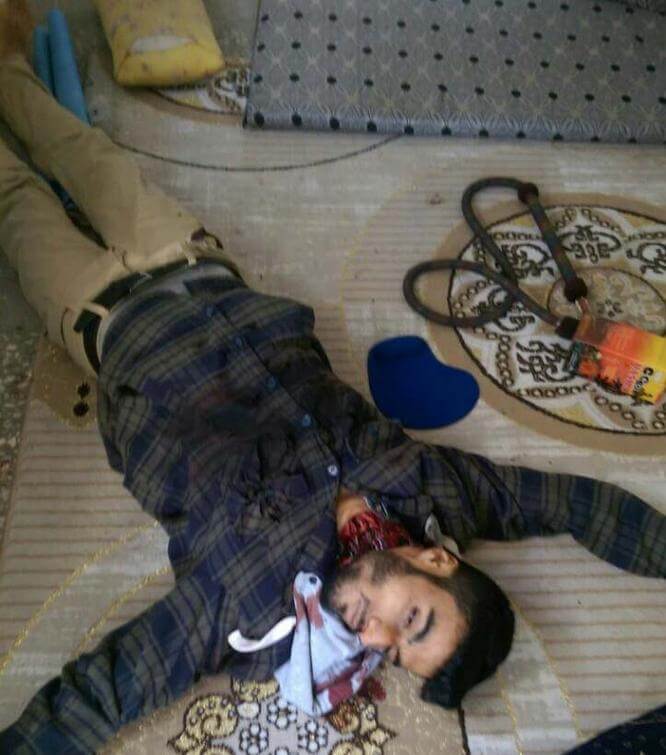 Two Syrian activist journalists, twenty-year-old Ibrahim Abd al-Qader and Fares Hammadi, who were living as refugees in Sanliurfa, Turkey were brutally murdered by ISIS today (October 30, 2015). Abd al-Qader, had formed along with twenty-six others, in April 2014 the online information network, Raqqa is Being Slaughtered Silently (RBSS) to document atrocities carried out by ISIS in Raqqa, a city in northern Syria.  The jihadi group has controlled Raqqa since the start of 2014. Some of the group report from inside ISIS held territory. while others like Abd al-Qader who had fled to Turkey, wrote up and distributed reports on social media and in the press to provide an inside look at ISIS held territory—areas from where few journalists dare report.

ISIS followers are today claiming responsibility for the double murders and are celebrating on social media. For instance, an ISIS Twitter account shows a selfie that Ibrahim and Fares had posted of themselves, now reposted with the caption, “A selfie before being slaughtered silently.”  Abd al-Qader is not the first RBSS journalist to be killed. Moataz Billah, one of the group’s founders was also beheaded inside Raqqa last year by ISIS, and the father of another activist was also murdered by the terrorists. The leading member who goes by the pseudonym Abu Mohamed Raqqawi states that he is receiving constant death threats.

Having become one of the most reliable sources of information about what is happening in Raqqa, RBSS received an International Press Freedom Award this year from the Committee to Protect Journalists (CPJ). Its contributors are under constant threat from ISIS who declared them to be “enemies of God,” although this is the first such killing outside of ISIS held territory.

ISIS supporters applauded the assassinations on Twitter with quotes such as the following: “They thought that in Turkey they were safe and isolated from the knives of the caliphate.” …“They have lost and are disappointed, for whoever maligns against the caliphate shall have their blood spilled.” (The account that posted the Tweet has since been suspended.)

The two beheadings on Turkish soil heightens concerns that ISIS cadres are able to penetrate the relatively porous five-hundred-mile-long border with Syria, which is referred to by some as a “jihadi highway”.  Indeed in our recent interviews with former ISIS cadres living inside Turkey, we learned that illegally crossing the Turkish border is common for ISIS cadres.  In the cases of our informants, they had smuggled themselves out of ISIS controlled territory at the cost of two hundred Turkish Lira per person and now live in fear of also being killed by ISIS cadres, who they claim freely move inside Turkey.

These attacks follow deadly bombings in Ankara alongside recent reports of four ISIS cadres—one a woman—being sent into Turkey with false documents, by ISIS, to reportedly launch another terror attack. Seven suspects have been arrested by Turkish authorities in relation to the murders of Abd al-Qader and Fares Hammadi as Turkish police struggle to learn how the murders were accomplished.  Group members living in Turkey express concern that ISIS is able to reach them even outside area controlled by the terrorist group.