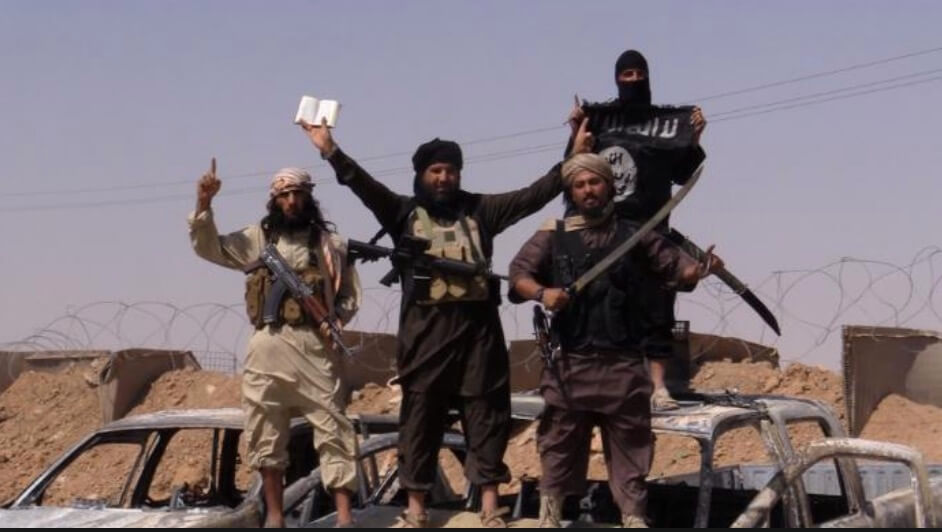 A series of Salafist, jihadi terrorist attacks erupting at the onset of 2017 Ramadan portends a summer of terror for the West. Britain went to the polls Thursday on the heels of double attacks — Manchester and London – and two days ago ISIS targeted the Iranian Parliament. And now Al-Qaeda has stepped out of the ISIS shadow and seeks to be the premier mentor for Salafist assassins everywhere.

Both ISIS and al-Qaeda recently issued statements directing their followers to carry out inspired and semi-directed attacks, but the good news is that the posted guidance can be used to predict future strikes.

Three pieces of evidence are key. First, ISIS has re-issued statements and broadcasts from the late Abu Muhammad Al-Adnani, killed in August 30, 2016 by a U.S. air strike near Mosul. Adnani was ISIS director of intelligence and special operations and spokesperson who was credited with recruiting dozens of terrorists to stage “homegrown” terror attacks in Europe[1]. Last May he ordered a series of attacks during Ramadan that reportedly killed more than 700 people. Additionally, current ISIS spokesman Abul-Hasan Al-Muhajir called for attacks in the United States, Europe, Russia, Australia, Iraq, Syria, Iran and the Philippines during Ramadan via an audio clip distributed on ISIS Telegram channels on June 12[2]. Abul-Hasan Al-Muhajir’s speech was immediately translated to several other languages and widely distributed among ISIS members over numerous ISIS social media accounts.

Third, the son of Osama bin Laden and heir of the al-Qaeda terror franchise, Hamza bin Laden, issued a highly specific guidance for attacks in the West in a revealing, ten-minute video May 14[3].

These three sets of marching orders are extremely important to terrorist cadres and should be studied by security professionals. Initially, ISIS and al-Qaeda leadership will try to mobilize their members in the West to carry out attacks through the orders of central leadership. These efforts will focus planning on operations similar to ISIS attacks in Paris two years ago. In addition to these, ISIS and al-Qaeda seek to catalyze some attacks planned by jihadists entirely on their own without any direct involvement or direction of leadership.

In the long term, the key to pre-emption is counter-intelligence penetration of the jihadist community itself and face-to-face engagement with the suspected terrorist. The terror cells do all that they can to prevent this. Both ISIS and al-Qaeda teach their cadres during training two important rules as soon as they start their indoctrinations. The first rule is “to hear and obey” regardless of any circumstances[4]. Through this first lesson Salafist organizations try to make sure that their orders will be carried out without any discussions and as a religious duty. Disciples who refuse to obey frequently are executed as examples. The second rule is “not to involve themselves with the teachings and literature of other Islamic traditions and not to communicate or discuss their ideologies with others even if they are family members” so as to isolate their cadres from the outside world. The isolation ensures the status quo of coercive mental conditioning[5].

Effective counter-terrorism over the long haul requires that the shell of secrecy and self-imposed mind control be penetrated. Because the cadres are taught not to discuss what they believe and what their plans are even with their close family members, it is all the more difficult for law enforcement to find out what their intentions are. These rules for terror cells ensure that terrorists survive among adverse environments, keep their belief systems intact and their true intentions hidden[6]. Therefore, eliciting the terrorist’s own self-understanding and reversing it is a labor-intensive, long-term project not only for counter-terrorism professionals but for trusted mentors, teachers, Imams and psychologists[7].

First, lock up the known players. The known threats are the jihadist fighters returning from Syria and Iraq. Thousands of terrorists who had been in the combat zones fighting for different terrorist organizations, including 400 former ISIS fighters in the UK alone, frequently are known to intelligence agencies[8]. These experienced terrorists often form the backbone or strongest existence of terrorist groups in the host countries. At the very least, they will recruit new people even if they themselves do not carry out attacks. And past attacks clearly indicate that returnees have been involved; witness the Paris and Belgium attacks. It is essential that any known returnee is kept under detention, laws permitting, until a court proceeding rules that they are not threats.

Second, immediately implement 24/7 surveillance of ideological and known allies/supporters. Electronic surveillance should include top names on a prioritized list in each Western country. In all these countries jihadist supporters are known to intelligence agencies. True, not all those people constitute a threat, but they pose greater risk to their societies as twice happened with the recent attacks in the UK. These people are susceptible to be influenced by the terrorist organizations due to favorable feelings toward Salafist jihadi ideologies. An experienced and well-trained counterterrorism analyst or officer can easily pick up the clues through surveillance of listed suspects in the case an attack is being planned. Controlling the base population of terrorists is essential to preventing terrorist attacks as they are the most important tools of terrorist organizations abroad. Consider the fact that many of the individuals, as happened in the UK and the other attacks in Europe, were known to the intelligence agencies and yet they were able to carry out attacks.

Third, harden the targets. Thanks to Hamza bin Laden’s specific target priority list in his last video call[9], officials know which facilities and persons are the most at risk. Experience shows that the terrorists will abandon targets that are well guarded.

For example, the ISIS Reina nightclub attacker in Istanbul did not carry out his attack against the Taksim Square as planned because of heavy police presence. The jihadist decided on the spot to attack the Reina nightclub which was protected by a single security guard[10].

Counterterrorism business has deadly consequences, if not appropriately implemented. The principal success of countering terrorism is the prevention of attacks before they occur.

Ahmet S. Yayla, Ph.D., is an adjunct professor of criminology, law, and society at George Mason University. He is also senior research fellow at the International Center for the Study of Violent Extremism (ICSVE). He formerly served as a professor and the chair of the sociology department at Harran University in Turkey. He also served as the chief of counterterrorism and operations department of the Turkish National Police in Sanliurfa between 2010 and 2013. He is the co-author of the newly released book ISIS Defectors: Inside Stories of the Terrorist Caliphate. Follow @ahmetsyayla