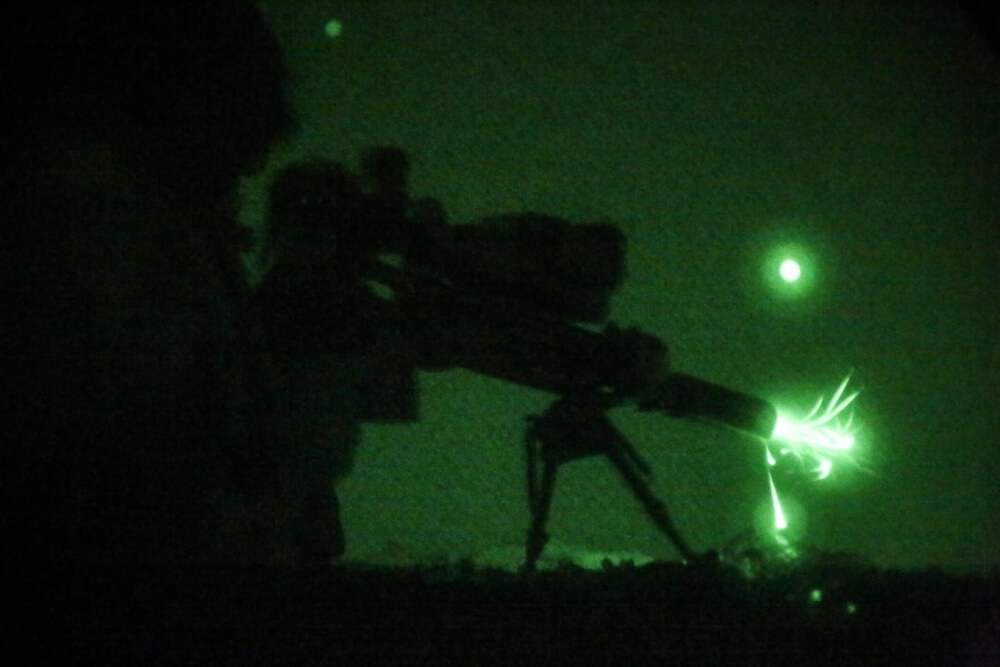 As published by Homeland Security Today:

The problem of what to do with the captured ISIS foreign fighters, the women who married them, and their children continues to plague Western countries,   as UN High Commissioner for Human Rights, Michelle Bachelet, pointed out in her opening address to the UN Human Rights Council in Geneva last week.

She insisted that countries are responsible to repatriate family members of suspected foreign fighters in Syria, including some 29,000 foreign children of ISIS militants. “Foreign family members should be repatriated, unless they are to be prosecuted for crimes in accordance with international standards,” she said.[i] “Children, in particular, have suffered grievous violations of their rights, including those who may have been indoctrinated or recruited by ISIL to perpetrate violent acts,” she continued, further emphasizing, “The primary consideration must be their rehabilitation, protection and best interests.”[ii]

She also invoked the question of arbitrary deprivation of nationality, namely when  governments have refused to grant nationality to children born of Western citizens. “Rendering people stateless is never an acceptable option,” she stated. She further added, “Thousands of young children have been born to foreign families during the years of conflict, and states should provide the same access to nationality for children born to their nationals in conflict zones as is otherwise applicable.”[iii] “To inflict statelessness on children who have already suffered so much is an act of irresponsible cruelty,” Bachelet said.[iv]

The good news is that slowly many countries are beginning to respond. A group of eight American women and children captured with the so-called Islamic State in Syria have been recently repatriated to the United States,[v] with Uzbekistan, Kazakhstan, Russia, and Kosovo also leading on the matter. For instance, the government of Kosovo recently facilitated the return of 110 of its citizens from Syria, seventy-four children and thirty-two women among them.[vi] Similarly, the government of Uzbekistan repatriated 148 women and children liked to the Islamic State.[vii] Russia also has been repatriating its ISIS children, with at least 200 children taken home since 2017.[viii] Kazakhstan repatriated 156 children on May 2019. [ix]

In this regard, the UN High Commissioner for Human Rights, Michelle Bachelete, also stressed that suspected foreign fighters and their families “must either be tried, or let go, and their families cannot be detained indefinitely.”[xi] After Australia took back 8 of their children from SDF camps at the end of June 2019, Australia’s Prime Minister Scott Morrison proclaimed, “The fact that parents put their children into harm’s way by taking them into a war zone was a despicable act. However, children should not be punished for the crimes of their parents.”[xii]

Indeed, the responsibility of Western democracies is to protect their youngest and most vulnerable members, even those who ended up, by no fault of their own, in Iraq and Syria due to their parents having taken them into ISIS, or having given birth to them whilst serving ISIS. Currently, the opposite is occurring, and Western children are paying the high price of being detained in prison camps run by the SDF as their countries refuse to repatriate them due to their parents’ ill-fated decisions to travel to and serve the terrorist group.

Equal penalty imposed on every individual who lived under the so-called Islamic State without regard for their involvement in serving it equates to collective punishment, which is not a legal standard in any Western country. The West does not endorse collective punishment, nor does it endorse trying children for the crimes of their parents. Children should be returned home as quickly as possible and offered rehabilitative care to reintegrate them quickly and well into society.

Depending on the country involved and their level of fear concerning former ISIS fighters and spouses, their parents may or may not return home with them, In the event they do, as commissioner Bachelete has also noted, “all individuals who are suspected of crimes – whatever their country of origin, and whatever the nature of the crime – should face investigation and prosecution, with due process guarantees.”[xiii] That also is currently not happening. In Syria, the SDF lacks the authority to try Western ISIS cadres, so they languish in camps without due process, and some have even been turned over to Iraq where confessions taken under torture can form the basis of a guilty charge and a death sentence.

Some Western countries, France in particular, as well as others with prison populations that are highly radicalized, are reluctant to let ISIS fighters, or even their wives, return, fearing they will radicalize others in prison, or worse will not be successfully prosecuted and be allowed free in country. As a result, many Westerners currently held under the SDF are terrified that instead of being allowed to return home and face real justice, they will be turned over to the Iraqis or Syrians, where they will be tortured, receive convictions based on forced confessions, and face death sentences. Many told ICSVE researchers that this fear also imbued them with the will to fight to the end in Baghouz, ISIS’ last stronghold in Syria, fearing their fate could be worse than death if captured. Indeed, seven French citizens were recently sentenced to death by hanging in Iraq after having admitted, they claim under torture, to have served in the Islamic State.[xiv]

The concern that Western ISIS cadres could radicalize others in prison or may go free once returned home is a real concern and needs to be addressed in creative ways.  Currently, the International Center for the Study of Violent Extremism (ICSVE) is working with western governments to help repatriate ISIS fighters who left their home countries and now want to return by sharing information with the country authorities of those who wish to alert their countries of their desire to return and face justice at home. We should work collectively to facilitate their return and find appropriate legal and political means to facilitate such return. ISIS cadres can and should be psychologically assessed while in Syria for their willingness to cooperate in the prosecution process and where they currently stand in terms of radicalization.

Again, there is good news. Many of the Westerns ICSVE researchers have interviewed (well over 50 westerners throughout prison and detention facilities in Northeastern Syria) have already spontaneously deradicalized, as they became seriously disillusioned by ISIS. Most clearly identify their mistaken illusions, naiveté in believing that ISIS could deliver an Islamic utopia, and express what appears to be both remorse and a serious willingness to cooperate in their being brought to justice and hopeful rehabilitation and reintegration. The Westerners we have spoken to are not all, but mainly already naturally undergoing a spontaneous deradicalization process, born of ISIS defeat and disillusionment with their un-Islamic, corrupt and brutal nature, and are searching for ways to rehabilitate. They are hoping for any type of justice and future they can claim, and therefore need not overly fear them. That said, all of them should be prosecuted and mandated into court-ordered treatment to ensure that they are successfully monitored in rehabilitation and reintegration.

Our suggestion is that Western governments should rise well above ISIS and deliver justice to its citizens who joined the group. They should also put into place sensitive and successful rehabilitation and reintegration programs for all who return. From a policy perspective, how governments frame their involvement in the recent conflicts in Iraq and Syria matters deeply, both long and short term. While noble and well-intentioned, namely aimed at defeating ISIS, many ISIS families have been caught in the cross-fire and killed by U.S.-led coalition forces as a result, [xv] as also evidenced in our recent interviews with ISIS prisoners and their family members who came out of Baghouz, Syria. In this context, Western governments must demonstrate their resolve to actively contribute to humanitarian assistance and upholding of basic human rights in a post-ISIS environment. This could only be achieved by taking our citizens back home and ensuring due process and justice are enacted without compromise.

Anne Speckhard, Ph.D., is Director of the International Center for the Study of Violent Extremism (ICSVE) and serves as an Adjunct Associate Professor of Psychiatry at Georgetown University School of Medicine. She has interviewed over 600 terrorists, their family members and supporters in various parts of the world including in Western Europe, the Balkans, Central Asia, the Former Soviet Union and the Middle East. In the past two years, she and ICSVE staff have been collecting interviews (n=101) with ISIS defectors, returnees and prisoners, studying their trajectories into and out of terrorism, their experiences inside ISIS, as well as developing the Breaking the ISIS Brand Counter Narrative Project materials from these interviews. She has also been training key stakeholders in law enforcement, intelligence, educators, and other countering violent extremism professionals on the use of counter-narrative messaging materials produced by ICSVE both locally and internationally as well as studying the use of children as violent actors by groups such as ISIS and consulting on how to rehabilitate them. In 2007, she was responsible for designing the psychological and Islamic challenge aspects of the Detainee Rehabilitation Program in Iraq to be applied to 20,000 + detainees and 800 juveniles. She is a sought after counterterrorism expert and has consulted to NATO, OSCE, foreign governments and to the U.S. Senate & House, Departments of State, Defense, Justice, Homeland Security, Health & Human Services, CIA and FBI and CNN, BBC, NPR, Fox News, MSNBC, CTV, and in Time, The New York Times, The Washington Post, London Times and many other publications. She regularly speaks and publishes on the topics of the psychology of radicalization and terrorism and is the author of several books, including Talking to Terrorists, Bride of ISIS, Undercover Jihadi and ISIS Defectors: Inside Stories of the Terrorist Caliphate. Her publications are found here: https://georgetown.academia.edu/AnneSpeckhard and on the ICSVE website http://www.icsve.org Follow @AnneSpeckhard

[x] Author interviews with government officials in Rojava, Syria, May 2019.

[xiv] Rubin, A. (2019). “ France hands ISIS suspects to Iraq, which sentences them to hang,” The New York Times, available at https://www.nytimes.com/2019/05/29/world/middleeast/france-iraq-isis-trials.html