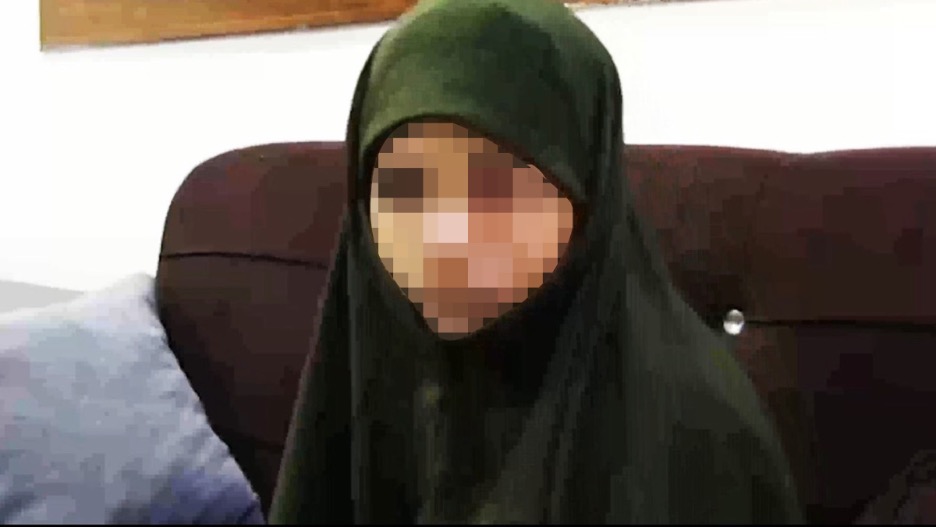 As published in The Daily Beast

The Tennessee-born child has spoken for the first time since being rescued last month.

Two weeks after she was rescued from alleged ISIS supporters in a camp in Northern Syria, a sweet little girl who was born in Chattanooga, Tennessee, explained that she was all alone in the world—and knew nothing of her parents.

“I only know that my mom died, and my dad died,” the girl, Aminah, said in an American accent. Her little face is inscrutable, like a mask hiding the trauma of being the sole survivor of an aerial bombardment that killed her mother, at least one of her little brothers, and another of her stepfather’s wives.

She has scars on her body from surviving that blast.

A researcher with the International Center for the Study of Violent Extremism (ICSVE) sat down with Amina for her first interview, some of the contents of which were exclusively shared with The Daily Beast. The researcher was given permission to talk to the child by the authorities in the Autonomous Administration of Northeast Syria (AANES), who are caring for her as preparations are being made for her repatriation to the United States.

Among Aminah’s caretakers is a young Kurdish woman to whom Aminah has already made a strong attachment and to whom she has opened up about her recent traumas living among women still devoted to ISIS.

Ellie Hall from BuzzFeed News discovered that Aminah had been rescued from Camp Roj, located in Northeast Syria, and alerted ICSVE. The rescue operation was launched after a tipoff received by ICSVE adviser and former Ambassador Peter Galbraith, who has been working to repatriate ISIS family members for years. One of the women he is helping return to Canada had told him that an American child was languishing in the camp, in the care of a group of women still loyal to ISIS.

BuzzFeed News reported that Aminah’s birth certificate shows that she is 8 years old, but the girl says she is 6, perhaps demonstrating the way that time has blurred for her since 2014, when her mother, Ariel Bradley, a U.S. citizen, traveled to join ISIS’s so-called Caliphate in Iraq and Syria. Bradley’s Iraqi husband was living in Sweden before taking the family with him back to the Middle East to join ISIS.

At some point after that, Bradley remarried, to an Australian doctor. Aminah later fell into the custody of one of her stepfather’s other wives, after her mother was killed in what was likely a coalition airstrike, according to BuzzFeed News.

When asked about her stepfather’s wife, Aminah responds, “I don’t know her; she just takes care of me.” The Kurds, who are now taking care of her, say Aminah has opened up in her newly found safety to the Kurdish woman she trusts, telling her that her alleged ISIS caretaker had beaten and assaulted her. She also said she was forced to do the housework in the tent and take care of the woman’s son. An ISIS detainee, texting me from inside Camp Roj, said Aminah’s last caretaker was known to be with a group of highly feared, still-committed ISIS women in the camp. She had met Aminah prior to the camps, when Aminah was a toddler still living with her mother, and described the girl as sweet.

Reference for this article: Speckhard, Anne, and Ellenberg, Molly (August 5, 2021). Rescued American Girl, 8, Says She Was Beaten and Abused In ISIS Camp. The Daily Beast

Anne Speckhard, Ph.D., is Director of the International Center for the Study of Violent Extremism (ICSVE) and serves as an Adjunct Associate Professor of Psychiatry at Georgetown University School of Medicine. She has interviewed over 700 terrorists, their family members and supporters in various parts of the world including in Western Europe, the Balkans, Central Asia, the Former Soviet Union and the Middle East. In the past five years years, she has in-depth psychologically interviewed over 250 ISIS defectors, returnees and prisoners as well as 16 al Shabaab cadres (and also interviewed their family members as well as ideologues) studying their trajectories into and out of terrorism, their experiences inside ISIS (and al Shabaab), as well as developing the Breaking the ISIS Brand Counter Narrative Project materials from these interviews which includes over 250 short counter narrative videos of terrorists denouncing their groups as un-Islamic, corrupt and brutal which have been used in over 150 Facebook and Instagram campaigns globally. Since 2020 she has also launched the ICSVE Escape Hate Counter Narrative Project interviewing 25 white supremacists and members of hate groups developing counternarratives from their interviews as well. She has also been training key stakeholders in law enforcement, intelligence, educators, and other countering violent extremism professionals, both locally and internationally, on the psychology of terrorism, the use of counter-narrative messaging materials produced by ICSVE as well as studying the use of children as violent actors by groups such as ISIS. Dr. Speckhard has given consultations and police trainings to U.S., German, UK, Dutch, Austrian, Swiss, Belgian, Danish, Iraqi, Jordanian and Thai national police and security officials, among others, as well as trainings to elite hostage negotiation teams. She also consults to foreign governments on issues of terrorist prevention and interventions and repatriation and rehabilitation of ISIS foreign fighters, wives and children. In 2007, she was responsible for designing the psychological and Islamic challenge aspects of the Detainee Rehabilitation Program in Iraq to be applied to 20,000 + detainees and 800 juveniles. She is a sought after counterterrorism expert and has consulted to NATO, OSCE, the EU Commission and EU Parliament, European and other foreign governments and to the U.S. Senate & House, Departments of State, Defense, Justice, Homeland Security, Health & Human Services, CIA, and FBI and appeared on CNN, BBC, NPR, Fox News, MSNBC, CTV, CBC and in Time, The New York Times, The Washington Post, London Times and many other publications. She regularly writes a column for Homeland Security Today and speaks and publishes on the topics of the psychology of radicalization and terrorism and is the author of several books, including Talking to Terrorists, Bride of ISIS, Undercover Jihadi and ISIS Defectors: Inside Stories of the Terrorist Caliphate. Her research has also been published in Global Security: Health, Science and Policy, Behavioral Sciences of Terrorism and Political Aggression, Journal of African Security, Journal of Strategic Security, the Journal of Human Security, Bidhaan: An International Journal of Somali Studies, Journal for Deradicalization, Perspectives on Terrorism and the International Studies Journal to name a few.  Her academic publications are found here: https://georgetown.academia.edu/AnneSpeckhardWebsite: and on the ICSVE website http://www.icsve.org  Follow @AnneSpeckhard

Molly Ellenberg is a research fellow at the International Center for the Study of Violent Extremism [ICSVE]. Molly is a doctoral student in social psychology at the University of Maryland. She holds an M.A. in Forensic Psychology from The George Washington University and a B.S. in Psychology with a Specialization in Clinical Psychology from UC San Diego. At ICSVE, she is working on coding and analyzing the data from ICSVE’s qualitative research interviews of ISIS and al Shabaab terrorists, as well as white supremacists, members of hate groups and conspiracy theorists; running Facebook campaigns to disrupt ISIS’s and al Shabaab’s online and face-to-face recruitment; and developing and giving trainings for use with the Breaking the ISIS Brand Counter Narrative Project videos. Molly has presented original research at the International Summit on Violence, Abuse, and Trauma, the GCTC International Counter Terrorism Conference, UC San Diego Research Conferences, and for security professionals in the European Union. She is also an inaugural member of the UNAOC’s first youth consultation for preventing violent extremism through sport. Her research has also been published in Psychological Inquiry, Global Security: Health, Science and Policy, AJOB Neuroscience, Behavioral Sciences of Terrorism and Political Aggression, Journal of Child and Adolescent Trauma, the Journal of Strategic Security, the Journal of Human Security, Bidhaan: An International Journal of Somali Studies, and the International Studies Journal. Her previous research experiences include positions at Stanford University, UC San Diego, and the National Consortium for the Study of Terrorism and Responses to Terrorism at the University of Maryland.