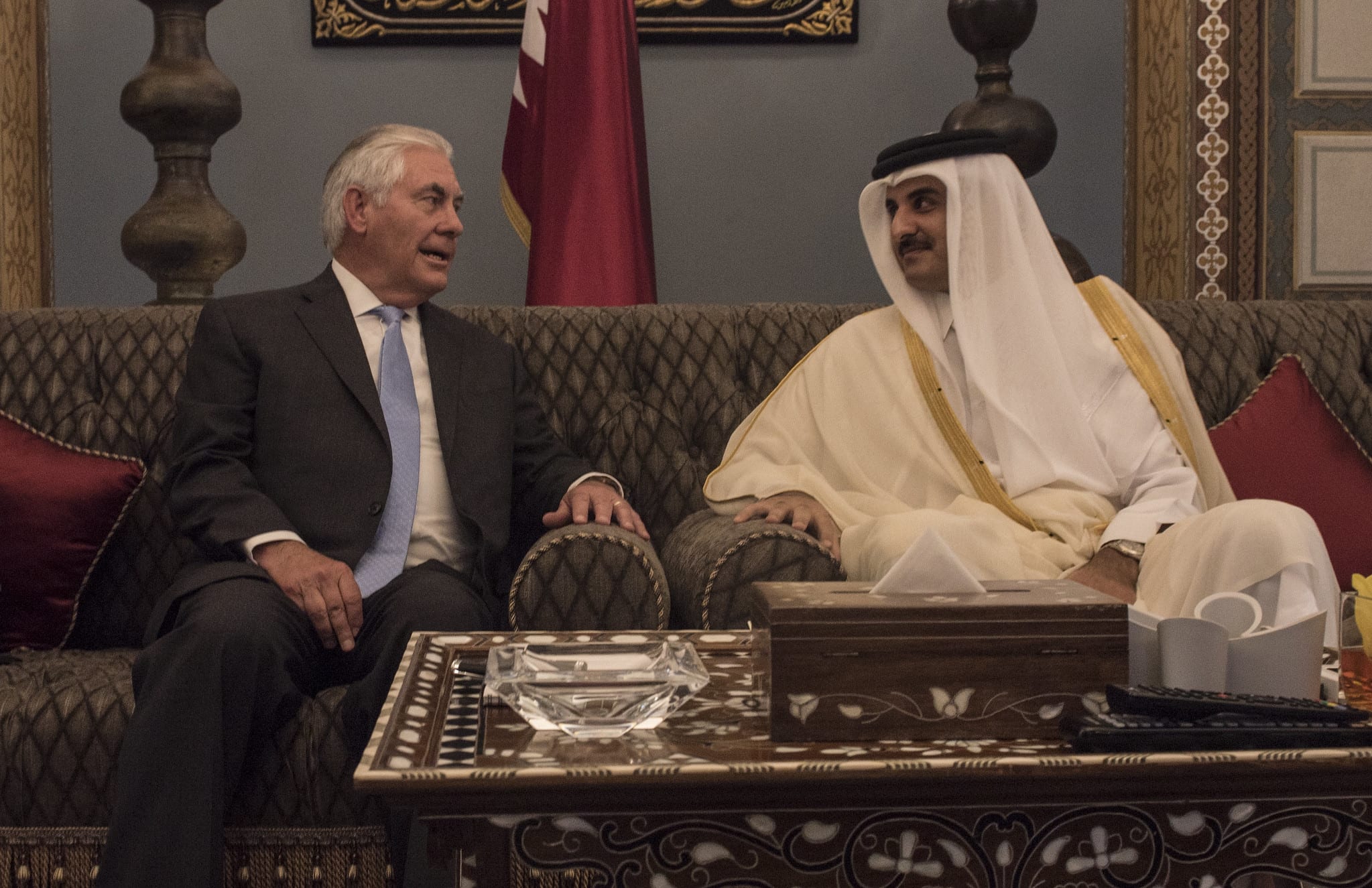 On November 3, as the United States anxiously watched democracy at work, Qatar announced forthcoming democratic processes as well, a welcome move for the Gulf and Middle Eastern countries which have generally shied away from democratic governance, something that many believe fuels feelings of injustice and voicelessness – grievances upon which terrorist groups in the region are happy to capitalize. In a bold move toward democracy, Qatar’s emir, Sheikh Tamim bin Hamad Al Thani, announced last week before Qatar’s highest legislative body, the Shura Council, that the first Shura Council elections would occur in October 2021. The move comes shortly before Qatar is set to host the 2022 World Cup, but nearly two decades after the Qatari constitution was ratified, calling for greater legislative power for the Shura Council in addition to elections. Currently, all 45 of the Shura Council members are selected by Qatari rulers, but beginning next October, 30 of the 45 will be elected by the public.

This step is relatively unique in the region and was praised by international leaders, such as members of the EU Parliament Marc Tarabella and Klemen Groselj, as well as United Nations Secretary-General Antonio Guterres.

While Kuwait and Bahrain also both have elected parliaments, the other members of the Gulf Cooperation Council (GCC) have staunchly rejected popular democracy, claiming that their systems of government have allowed their people to stay prosperous and satisfied. While this may be true, wealth has come at the cost of personal liberty for many of Qatar’s neighbors. In fact, while the World Population Review ranked the Gulf countries relatively highly on economic freedom, they fell near the bottom of the list for personal freedom. Qatar’s Shura Council elections are likely to advance personal freedom in the country. Indeed, after the elections, the Shura Council’s power is expected to be expanded in accordance with the constitution, including the power to dismiss ministers, approve the national budget, and propose legislation. While wealth is distributed among Qatari citizens throughout the country, this is less true for many of its neighboring Gulf states, leaving some with serious grievances regarding wealth inequality, which groups like the Muslim Brotherhood are eager to use for their own purposes. In that regard, many of Qatar’s neighboring Gulf countries fear holding popular elections that would be likely to result in demands for major changes, primarily through the election of political Islamists such as members of the Muslim Brotherhood, whom the United Arab Emirates and Saudi Arabia have gone so far as to have labeled as terrorists. In contrast, the ruling elite in Qatar do not have those same fears, trusting that their general citizenry will engage in voting to moderately change the political environment as needed. However, Sheikh Tamim bin Hamad Al Thani noted in his speech that the Qatari governing system “is not a multiparty system, but rather an amirate system based on well-established traditions of fair and rational governance which is connected with the people through the pledge of allegiance, loyal relations, mutual trust and direct communication,” suggesting that the Muslim Brotherhood is not likely to play an official role in the elections as an established political party, as it does in Kuwait and Bahrain.

In speaking about the blockade, the Qatari emir also stated that “despite the continued unjust blockade for more than three years, Qatar’s international status is being strengthened by the intensification of our activity on issues of concern to the international community.” These activities include Qatar’s strong support for international counterterrorism efforts, promotion of free speech throughout and about the region through Al Jazeera, and certainly the announcement of the upcoming elections. Thus far, it is unclear what the eligibility requirements will be to vote in Qatar’s election, though it is notable that women were appointed to the Shura Council for the first time in 2017, and women have also been directly elected to the country’s central municipal council. Interestingly, Qatari citizens account for only about ten percent of the country’s population, or around 300,000 people, with the rest being migrant workers.

With all of these factors at play, it will be interesting to see what impact the upcoming Qatari Shura Council elections has on the political climate of the region. Expansions of personal freedoms, especially the election of women to the country’s highest legislative body, are likely to enhance Qatar’s standing on the world stage, as will continued strong counterterrorism efforts without persecuting nonviolent political Islamists, many of whom advocate for more economic opportunity and justice for all in their Islamic-leaning platforms. These elections are unlikely to heal the rift between Qatar and its nearest neighbors, however, leading to continued necessary trade engagement with Iran and Turkey, the latter of which has moved away from democracy and toward authoritarianism in recent years; the former has long stood in opposition to democracy and personal freedom. It is worth mentioning, however, that Turkey has stronger trade relationships with Saudi Arabia and the United Arab Emirates, and Iran also trades extensively with the United Arab Emirates. The recent Abraham Accords also open up new trade opportunities for the United Arab Emirates and Bahrain with Israel, but Sheikh Tamim bin Hamad Al Thani’s statement of commitment to “the establishment of [a Palestinian] independent state on the basis of 1967 borders” signals a lack of animosity toward Israel that would allow for plenty of economic and security benefits for Qatar as well, without formal diplomatic ties. President Trump has staunchly allied himself personally with Saudi Arabian Crown Prince Mohammed Bin Salman, with an associated cooler, although still strong, relationship with Qatar. In contrast, President-elect Biden is expected to take a stronger stance against Saudi Arabia’s more nefarious actions, particularly in Yemen, the killing of journalist Jamal Khashoggi, as well as against the blockade. The Shura Council elections, as a symbol of commitment to democracy and personal liberty, may add to a positive view of Qatar by a Biden administration.

In a time fraught by concerns over the stability and reliability of democratic institutions, it is promising to see democracy burgeoning in Qatar. Wider participation in government by the citizens, inclusion of women in positions of political power, as well as greater powers for elected leaders, are sure to foster greater personal freedom for Qataris, and hopefully for non-citizens living in Qatar, in addition to raising Qatar’s profile as a proponent of liberty globally.

Anne Speckhard, Ph.D., is Director of the International Center for the Study of Violent Extremism (ICSVE) and serves as an Adjunct Associate Professor of Psychiatry at Georgetown University School of Medicine. She has interviewed over 700 terrorists, their family members and supporters in various parts of the world including in Western Europe, the Balkans, Central Asia, the Former Soviet Union and the Middle East. In the past five years years, she has interviewed 245 ISIS defectors, returnees and prisoners  as well as 16 al Shabaab cadres and their family members (n=25) as well as ideologues (n=2), studying their trajectories into and out of terrorism, their experiences inside ISIS (and al Shabaab), as well as developing the Breaking the ISIS Brand Counter Narrative Project materials from these interviews which includes over 200 short counter narrative videos of terrorists denouncing their groups as un-Islamic, corrupt and brutal which have been used in over 150 Facebook and Instagram campaigns globally. She has also been training key stakeholders in law enforcement, intelligence, educators, and other countering violent extremism professionals, both locally and internationally, on the psychology of terrorism, the use of counter-narrative messaging materials produced by ICSVE as well as studying the use of children as violent actors by groups such as ISIS.  Dr. Speckhard has given consultations and police trainings to U.S., German, UK, Dutch, Austrian, Swiss, Belgian, Danish, Iraqi, Jordanian and Thai national police and security officials, among others, as well as trainings to elite hostage negotiation teams. She also consults to foreign governments on issues of terrorist prevention and interventions and repatriation and rehabilitation of ISIS foreign fighters, wives and children. In 2007, she was responsible for designing the psychological and Islamic challenge aspects of the Detainee Rehabilitation Program in Iraq to be applied to 20,000 + detainees and 800 juveniles. She is a sought after counterterrorism expert and has consulted to NATO, OSCE, the EU Commission and EU Parliament, European and other foreign governments and to the U.S. Senate & House, Departments of State, Defense, Justice, Homeland Security, Health & Human Services, CIA, and FBI and appeared on CNN, BBC, NPR, Fox News, MSNBC, CTV, CBC and in Time, The New York Times, The Washington Post, London Times and many other publications. She regularly writes a column for Homeland Security Today and speaks and publishes on the topics of the psychology of radicalization and terrorism and is the author of several books, including Talking to Terrorists, Bride of ISIS, Undercover Jihadi and ISIS Defectors: Inside Stories of the Terrorist Caliphate. Her publications are found here: https://georgetown.academia.edu/AnneSpeckhardWebsite: and on the ICSVE website http://www.icsve.org

Molly Ellenberg, M.A. is a research fellow at ICSVE. Molly is a doctoral student at the University of Maryland. She holds an M.A. in Forensic Psychology from The George Washington University and a B.S. in Psychology with a Specialization in Clinical Psychology from UC San Diego. At ICSVE, she is working on coding and analyzing the data from ICSVE’s qualitative research interviews of ISIS and al Shabaab terrorists, running Facebook campaigns to disrupt ISIS’s and al Shabaab’s online and face-to-face recruitment, and developing and giving trainings for use with the Breaking the ISIS Brand Counter Narrative Project videos. Molly has presented original research at the International Summit on Violence, Abuse, and Trauma and UC San Diego Research Conferences. Her research has also been published in the Journal of Child and Adolescent Trauma, the Journal of Strategic Security, the Journal of Human Security, and the International Studies Journal. Her previous research experiences include positions at Stanford University, UC San Diego, and the National Consortium for the Study of Terrorism and Responses to Terrorism at the University of Maryland.