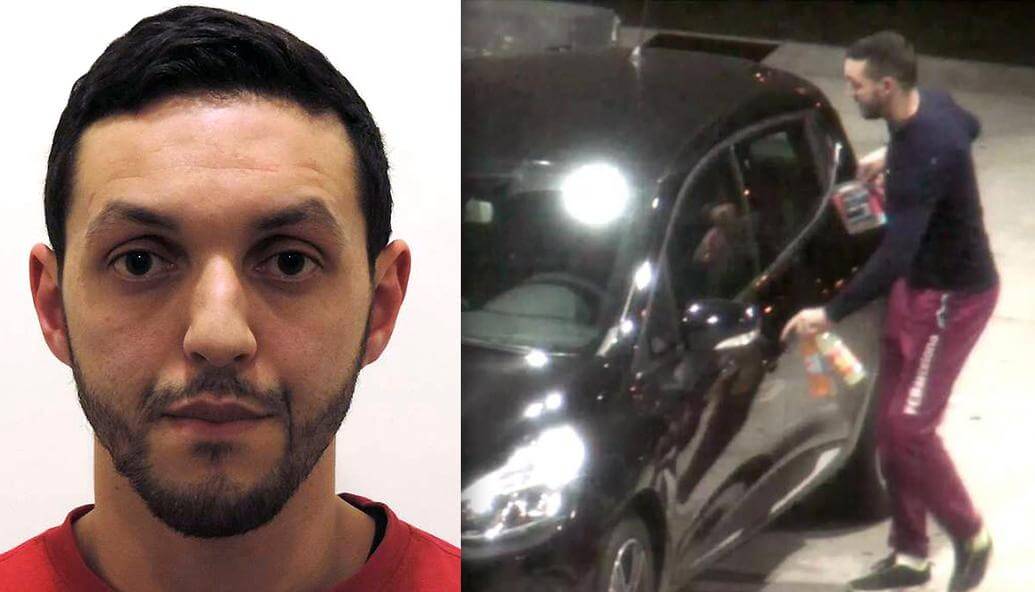 Mohamed Abrini Arrested in Brussels: How to Stop the Flow of Europeans into the ISIS Cult of “Martyrdom”

“Paradise is a bride and your life is the dowry,” is the lesson taught by charismatic trainers in the shariah training course all those who join ISIS take (according to our research). Furthermore, to graduate, when their indoctrination is believed to be complete, the soon-to-be ISIS fighters are brought a prisoner they must behead—that is according to the twenty-seven Syrian and European ISIS defectors that we have interviewed in our ISIS Defectors Interview Project.

Getting indoctrinated into the ISIS cult of “martyrdom” and displaying a willingness to kill the enemies of ISIS is one of the young men’s first steps on their way to becoming ISIS fighters. “Here and obey,” is also a core tenant of ISIS training, according to our ISIS defectors interviews.

In the case of Salah Abdelslam we see a young European man who couldn’t quite get there—although he helped carry out the Paris attacks, he now admits that he abandoned his final suicide mission.  In committing suicide, the “martyrs” of ISIS believe they are going straight to paradise to win all the rewards of “martyrdom.” Operationally, from the group’s perspective this is also useful, as in killing themselves along with their victims they erase the last traces of evidence that prosecutors now hope to obtain from Abdelslam about the networks of extremists, and how terror attacks are plotted and young Europeans are motivated into carrying them out.

Mohamed Abrini, also just arrested in Belgium, as well as the other young Europeans who murdered others as they took their own lives in the Paris attacks, Belgian airport and Brussels subway attacks, as well as those men who took part in the myriad of prior attacks on the Brussels museum, Paris bound train, etc. were young Europeans who for the most part first traveled to Syria to train and deepen their hopes and beliefs in the ISIS “Caliphate” and then be sent home to attack in Europe.  What we see in their lives and deaths is that they had been so completely filled with hate for the West as well as hope in an Islamic afterlife and the “Caliphate” they believed they were building that they would obey at any cost.  Their indoctrination in ISIS was important, although as our defectors also note—the Europeans come already committed to “jihad,” and then these beliefs are deepened once in training there, as well as their lethality increased once they join ISIS in Syria.

“We will strike you in your homeland,” Mr. Adnani, the ISIS spokesman and chief of the external operations wing threatened on Sept. 22, 2014 as he addressed the West.  In that message Adnani called on Muslims everywhere to kill Europeans, “especially the spiteful and filthy French,” urging them to attack in any manner possible. “Smash his head with a rock, or slaughter him with a knife, or run him over with your car,” Adnani ordered his European brothers, according to SITE Intelligence Group, who monitors and translates extremist propaganda.

From our hundreds of interviews with terrorists we know that no one joins a terrorist except that at least initially the group is meeting some of his or her needs.  In Belgium and France, immigrant North African-descent youth are finding it difficult to self actualize. Immigrant descent French youth who I interviewed in the banlieues around Paris in 2005 told me that “liberte, fraternite and egalite” don’t apply to them. Likewise Belgian youth of North African descent have told me in the hundreds over the past decade that they are blocked from jobs, renting apartments and even night clubbing due to their ethnic heritage.

Marginalization, and discrimination against North African immigrant descent youth and other “brown” immigrants in Europe cycles into more segregation and more enmity with the host culture as youth who can’t find other paths to success engage in petty criminality, graduate to more sophisticated crimes, and now find ISIS ready to pour gasoline over the fires of discontent—all things which makes them frightening and an anathema to their white neighbors. ISIS recruiters who work online and in person tell immigrant descent youth they shouldn’t even try to buy into a culture that rejects them and also offers them the dream of an alternative world governance where they will belong and be significant. If they travel to Syria they are offered jobs, free housing, wives and sex slaves. And according to our defectors interviews, foreign fighters in ISIS are on the top of the pecking order—respected for having sacrificed all to come for “jihad.” And as this “jihad” in Europe continues to play out in attacks the growth of the far right and anti-immigration movements bears witness to the mutual enmity rising on both sides.

How can we reconcile young European born men and women who begin to believe that giving their lives to create the “Caliphate” and murdering others is a good thing? The answer lies in finding ways to meaningfully engage them in society well before they begin to resonate to the call of groups like ISIS.  We have to start this when they are still children and keep them on success trajectories. If we block whole segments of society from success and they respond in turn with criminality and turning inward it’s dangerous enough—but even more so when they are exposed to a terrorist group and its powerful rhetoric. It’s only natural in all humans to want respect, significance, purpose and to be able to succeed in life.  If ISIS is offering the best pathway to success for a segment of society—even if it means for some sacrificing this life to get there, we begin to see the horrible results.

We must also close the pathways by which Westerners reach Syria in the first place—usually flying to Istanbul and crossing the Turkish border with impunity.  Once inside ISIS, most keep in touch with their families, at least in the short-term.  This too is an opportunity to try to bring them back and to try and rehabilitate them.  Of course for those who go to join ISIS, we cannot fail to put them through a judicial process and make them answer for joining a terrorist group—but we must also trying to bring them back and help them to see some sense of returning back into the existing world order.

The European wish for those who left to never return is a wishful fantasy—as we have now seen with the lethal return of fully indoctrinated and weaponized ISIS cadres who cross again back through somewhat complicit Turkey and overwhelmed Greece to return to Europe and attack.

Unless we give them another vision to buy into they will continue to believe that “paradise is a bride for which you pay with your life,” and we will continue to see the enmity between immigrant descent Muslims and white Europeans grow.

Anne Speckhard, Ph.D. is Adjunct Associate Professor of Psychiatry at Georgetown
University in the School of Medicine and Director of the International Center for the Study of Violent Extremism (ICSVE) and a nonresident Fellow of Trends. She is also the author of Talking to Terrorists and coauthor of Undercover Jihadi. Her newly released book, inspired by the true story of an American girl seduced over the Internet into ISIS is Bride of ISIS. Dr. Speckhard has interviewed nearly five hundred terrorists, their family members and supporters in various parts of the world including Gaza, the West Bank, Chechnya, Turkey Iraq, Jordan and many countries in Europe. She was responsible for designing the psychological and Islamic challenge aspects of the Detainee Rehabilitation Program in Iraq to be applied to twenty thousand detainees and eight hundred juveniles. Website:www.AnneSpeckhard.com

Ahmet S. Yayla, Ph.D. is Professor and the Chair of Sociology Department at Harran University in south of Turkey by the Syrian border. Dr. Yayla is the Deputy Director of ICSVE. Dr. Yayla served as Chief of Counter-terrorism and Operations Division at the Turkish National Police. He has earned his masters and Ph.D. degrees on the subject of terrorism and radicalization at the University of North Texas. Dr. Yayla’s research mainly focuses on terrorism, sociology, dealing with terrorism without use of force, terrorist recruitment and propaganda, radicalization (including ISIS and Al Qaeda) and violence. He has authored several works on the subject of terrorism. He has also been advisor to the United States Department of Homeland Security (December 2005 to April 2006) on issues of terrorism and interacting with Muslim Communities in the United States. Dr. Yayla also witnessed at the United States Congress and Senate, Homeland Security Committee and Subcommittee on Prevention of Nuclear and Biological Attacks (October 21st, 2006) on the subject of “Local Law Enforcement Preparedness for countering the threats of terrorism”.

Reference for this paper: Speckhard, Anne & Yayla, Ahmet S. (April 8, 2016) Mohamed Abrini Arrested in Brussels: How to Stop the Flow of Europeans into the ISIS Cult of “Martyrdom”

Recent Posts
Categories
ICSVE Brief Report: Mohamed Abrini Arrested in Brussels: How to Stop the Flow of Europeans into the ISIS Cult of “Martyrdom”
Download PDF
Copyright ICSVE 2023 - All Rights Reserved
Back To Top