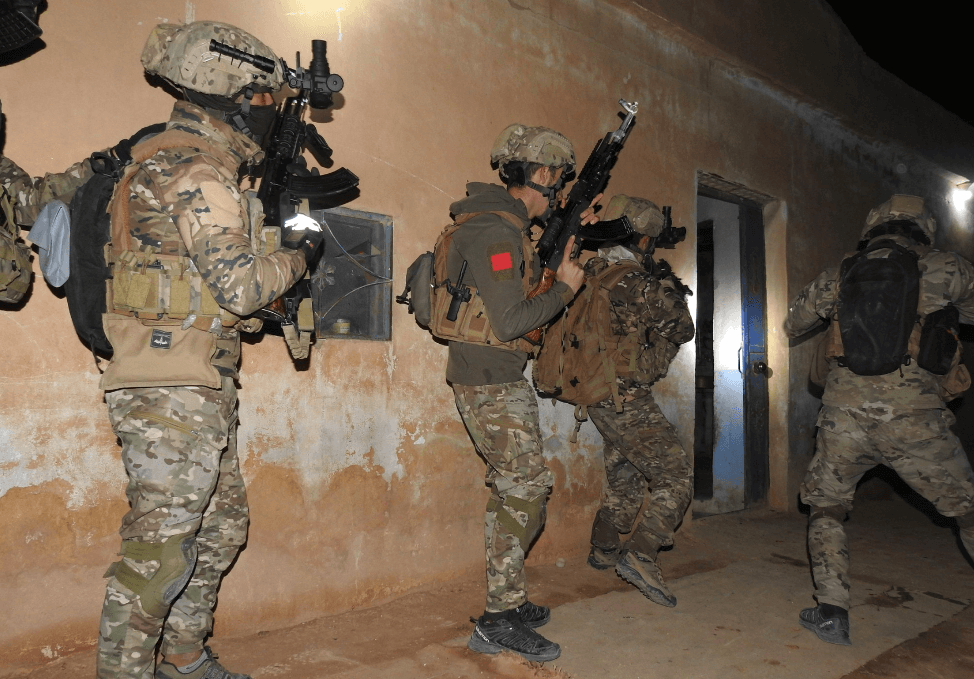 Last week ICSVE researchers were in Brussels to discuss our work concerning issues of repatriations of European ISIS members to face justice at home. In that regard, ICSVE has been working with EU member states over the past year passing research interview notes from detainees who wish to have them shared with their EU home justice ministries. ICSVE has worked the most on this initiative with the German Justice Ministry, namely the federal prosecutors and police who have been readying German cases for prosecutions, should their detained ISIS members be returned home. ICSVE has also worked in this regard with the UK, Australia, Belgium, Netherlands, Ireland, the U.S. and Montenegro, although to a lesser degree. It’s part of a growing effort to find solutions to the thorny issues surrounding ISIS detainees, particularly those held in the custody of the Syrian Democratic Forces (SDF) where there is a great deal of instability – particularly in light of the recent Turkish invasion of North East Syria and the hundreds of prison escapes that occurred and the concerns that engendered among the detainees as well as worldwide.

The ICSVE view is that by providing research interview notes at the detainees’ request and with full permission, along with a preliminary psychological assessment, including ratings on 288 variables that are asked about in our in-depth interviews, and our observations of levels of radicalization at three different time points (before leaving to ISIS, peak commitment to ISIS and presently), EU and other countries’ Justice Ministries can make better-informed choices about those who may be repatriated and whether or not they will be able to make a successful prosecution. Lisa Smith’s case is a positive example in that regard in which ICSVE researchers were also involved, as her child was brought to safety while Lisa is facing criminal charges and will stand trial.

At present many of the EU member states vehemently argue against repatriations, even of ISIS women and children; particularly France and Sweden fall in this category. Norway and Finland both faced dire political crises of late as well when one or more ISIS women were to be repatriated. The reluctance by EU member states to take responsibility for those who left from their territories to join ISIS is due to concerns about ISIS returnees constituting a danger to European society, inability to prosecute and imprison them, and concerns that they will seed themselves in prisons and fail to ever rehabilitate and reintegrate back into society. These are not unfounded fears given that ICSVE has already found over 10 ISIS interviewees who reverted back to the group after denouncing it for some time.

In our meeting with the EU officials we repeated our offer to work with EU member states, sharing notes when detainees wish them to be shared and supporting repatriations for those countries who wish to prosecute their ISIS members at home.

In the same time frame the SDF announced that agreements are being made to begin to hold trials of ISIS members who left from EU member states in Kurdish Syria, i.e. Rojava. The details of how this would play out were revealed this past week by Belgian journalist Guy Van Vlierden who obtained a copy of the Syrian Kurdish self-administration’s draft proposal agreement with the EU. (See it in translation below.)

The Syrian Kurdish self-administration in Rojava draft agreement with the European Union on ISIS members and families. The project is to be implemented in several stages. The first stage: Divide the camp into several sections:

The second part of the agreement:

The agreement appears very coherent and logical and will support many of the EU concerns about those ISIS members who left from the EU, but who member states do not wish to repatriate, including what to do with their children. The problems lie in whether the Kurdish self-administration can be seen by the EU member states as a legitimate actor for carrying out these trials as the UN will not be running a tribunal (given Assad and the Russians would veto it and such a tribunal would also have to try Assad for his war crimes). Some international lawyers argue that given the self-administration is legitimately governing they can carry out such trials and that quickly pressing charges and doing so is appropriate.

The other problem lies in financing and support for the project. Trials are costly, as is building and staffing adequate prisons. Currently ISIS detainees are held in difficult and crowded conditions and the SDF is deeply stressed by attacks from violent prisoners, particularly in the women’s camps where ISIS enforcers still committed to ISIS punish those who speak out against the group.

EU member states have long avoided recognition and interaction with the SDF, fearing that they are dealing with the PKK, a designated terrorist group. Thus it is highly important and illuminating that the EU and EU member states are now in talks with the self-administration and SDF and that positive steps toward finally pressing charges against the ISIS detainees held by the SDF and bringing them to prosecution, either at home or in Rojava, may seriously begin.

Anne Speckhard, Ph.D., is Director of the International Center for the Study of Violent Extremism (ICSVE) and serves as an Adjunct Associate Professor of Psychiatry at Georgetown University School of Medicine. She has interviewed over 700 terrorists, their family members and supporters in various parts of the world including in Western Europe, the Balkans, Central Asia, the Former Soviet Union and the Middle East. In the past three years, she and ICSVE staff have been collecting interviews (n=220 and counting) with ISIS defectors, returnees and prisoners as well as al Shabaab cadres (n=16 and counting) and their family members (n=25) as well as ideologues (n=2), studying their trajectories into and out of terrorism, their experiences inside ISIS (and al Shabaab), as well as developing the Breaking the ISIS Brand Counter Narrative Project materials from these interviews. She has also been training key stakeholders in law enforcement, intelligence, educators, and other countering violent extremism professionals on the use of counter-narrative messaging materials produced by ICSVE both locally and internationally as well as studying the use of children as violent actors by groups such as ISIS and consulting on how to rehabilitate them. In 2007, she was responsible for designing the psychological and Islamic challenge aspects of the Detainee Rehabilitation Program in Iraq to be applied to 20,000 + detainees and 800 juveniles. She is a sought after counterterrorism experts and has consulted to NATO, OSCE, foreign governments and to the U.S. Senate & House, Departments of State, Defense, Justice, Homeland Security, Health & Human Services, CIA and FBI and CNN, BBC, NPR, Fox News, MSNBC, CTV, and in Time, The New York Times, The Washington Post, London Times and many other publications. She regularly speaks and publishes on the topics of the psychology of radicalization and terrorism and is the author of several books, including Talking to Terrorists, Bride of ISIS, Undercover Jihadi and ISIS Defectors: Inside Stories of the Terrorist Caliphate. Her publications are found here: https://georgetown.academia.edu/AnneSpeckhardWebsite: and on the ICSVE website http://www.icsve.org