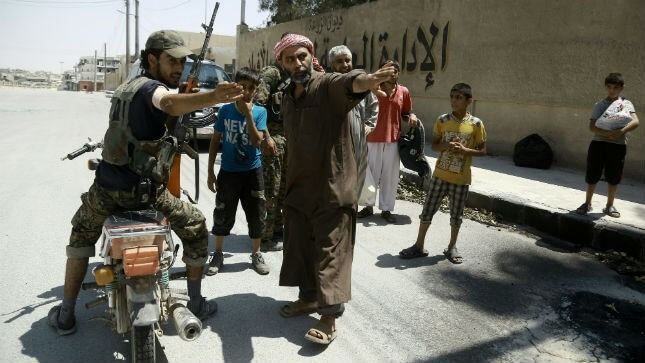 Abu Muhammad al‐Adnani, spokesman for ISIS and next in line under al-Baghdadi, the current leader of ISIS, is dead. Killed just last week by coalition forces. He was in charge of ISIS Special Forces, intelligence and its international operations. In many ways, he was the shadow leader of ISIS. But what his death really means for the West remains to be seen.

Al-Adani ran “emni”, a clandestine ISIS intelligence branch that heavily recruits European and other foreign fighters to be trained and returned to their home countries to orchestrate “homegrown” attacks. Al-Adnani reveled in this kind of terror-inducing violence. The massive attacks in Paris and the Brussels airport earlier this year, among others, are believed to be emni-related.

Al-Adnani made one of his last calls for global violence in late May, calling for lone wolf or coordinated attacks during the month of Ramadan. Encoded ISIS Internet chat rooms exploded in support. Multiple attacks ensued, resulting in a total of 421 deaths and 729 wounded. Al-Adnani is also reported to have sent several dozens of trained ISIS member from Syria to Europe for future attacks.

Al-Adnani was the public face of ISIS in the media. But he was also an on-the-ground inspiration to its fighters, according to dozens of ISIS defectors we have interviewed in depth for our ISIS Defectors interview project. Indeed, few Syrians have risen into ISIS’ highest ranks alongside Iraqis; al-Adnani was a powerful exception.

Speaking a very fluent, almost poetic Arabic, he was a gifted orator, referring to sacred scriptures in his speeches and making clear his knowledge of Islam. It made him a charismatic recruiter of both Syrians and other Arabs.

U.S. forces have not yet confirmed his death. Russian officials argue that he was killed during a Russian airstrike alongside forty other ISIS fighters (a claim which the U.S. Government quickly denied); and according to ISIS reports, al Adnani was killed while surveying ISIS operations around Aleppo. The differing stories attest to his importance.

ISIS has suffered recent losses of top, battle-hardened — and admired — commanders and influential strategic planners. (Abu Omar al-Shishani was killed in July 2016.) What al-Adnani’s death will mean for the West is still unclear.

There is little doubt that ISIS recruitment and operational successes will be negatively affected by the loss of al-Adnani’s charisma and leadership on the battleground and in homegrown attacks. Likewise, as airstrikes continue to decapitate its core leadership and take back territory, ISIS’ ability to finance operations through taxes and oil sales will be diminished. As foreign fighters increasingly fear traveling to Syria to join the fight there, ISIS will get weaker.

However, we should not expect that ISIS will be dismantled, even if driven out of Iraq, Syria and Libya. During our defector interviews, we were consistently told that if ISIS loses Raqqa, it’s Syrian headquarters, ISIS cadres will shave their beards, cut their hair, and blend into societies throughout the region, including Turkey, the Balkans and possibly Europe, to launch an urban terrorism movement in lieu of its “Islamic State.” Today, we can see ISIS and fight them as combatants; as urban guerrillas, they will be more difficult to eliminate.

And we should expect new attacks. The emni has already placed cadres in Europe and it is likely that ISIS will want to retaliate the killing of its leader. ISIS has already started to call for attacks in social media accounts. Whether they can succeed is still to be seen.

Al-Adnani himself will likely continue to be influential from beyond the grave. His sermons and propaganda talks are videotaped, subtitled, and widely used to attract foreign fighters. With his death, we can expect that he will be venerated like Abu Musab al-Zarqawi and Anwar al-Alwaki; and like them, Al-Adnani videos will surely continue to manipulate and recruit vulnerable individuals.

While we can certainly celebrate military victories against ISIS, we must remember that the core political problems that gave rise to ISIS in Syria and Iraq are not disappearing; nor have the contextual issues of marginalization and discrimination, high rates of unemployment, and other injustices — real and perceived — that inspire foreign fighters to pursue the utopian dream of an “ISIS Caliphate”.

Ideologies rarely die by war or by force — and certainly even less so when the underlying political problems remain yet to be resolved, and ISIS has been left to its own devices, online, where it’s slick propaganda and recruiting campaigns see their greatest success.

Anne Speckhard, Ph.D. is Adjunct Associate Professor of Psychiatry at Georgetown University in the School of Medicine and Director of the International Center for the Study of Violent Extremism (ICSVE).

Ahmet S. Yayla, Ph.D. is Deputy Director of ICSVE and is also Adjunct Professor of Criminology, Law and Society at George Mason University.

Reference for this article is Speckhard, A. & Yayla, A. S., ISIS’s No. 2 is dead: What it means to the West, ICSVE Brief Reports. http://thehill.com/blogs/pundits-blog/homeland-security/294523-isis-number-two-is-dead-what-it-means-to-the-west