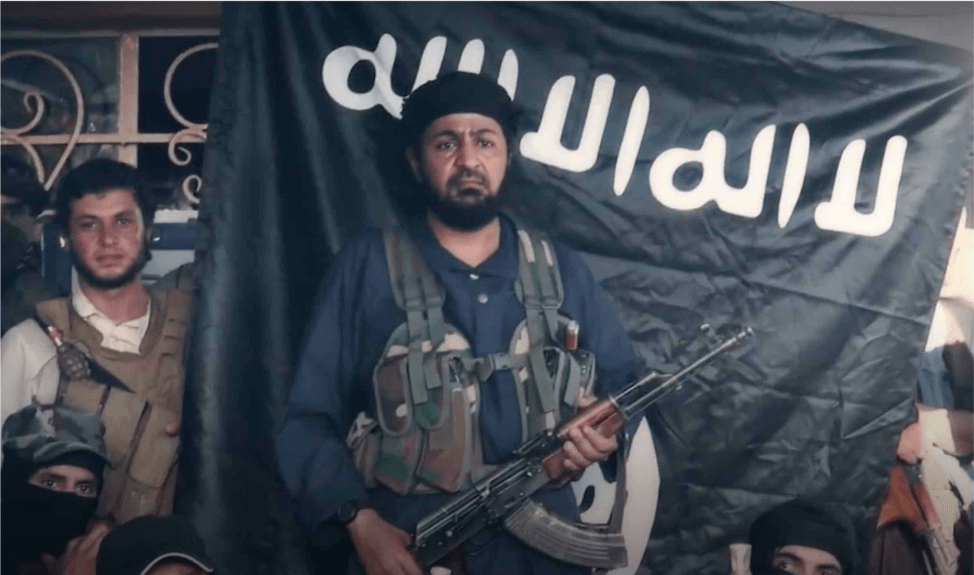 ISIS in Their Own Words: Recruitment History, Motivations  for Joining,  Travel, Experiences in ISIS, and Disillusionment over Time – Analysis of 220 In-depth Interviews of ISIS Returnees, Defectors and Prisoners

by Anne Speckhard and Molly Ellenberg

From 2015 to 2019, Dr. Anne Speckhard interviewed 220 Islamic State of Iraq and Syria [ISIS] defectors, returnees and imprisoned cadres in Turkey, Iraq, Syria, the Balkans, Europe and Central Asia. During these in-depth interviews, Dr. Speckhard examined the demographics, psycho-social vulnerabilities and motivations for joining ISIS, in addition to the influences and recruitment patterns that drew them to the group. Moreover, Dr. Speckhard inquired as to the interviewees’ roles, experiences and relationships within ISIS, variance in their will to fight and support violence, disillusionment and attempts to leave.

This study’s sample of the first 220 (out of 239 to date) consisted of 182 men of 41 ethnicities, representing 35 different countries, and 38 females of 22 ethnicities, representing 18 countries. 51.1% of the men and 76.3% of the women were foreign members of ISIS, some who traveled to live under ISIS, and a few who engaged in ISIS recruitment or other activities, including planning attacks, in their home countries. The participants were primarily young and middle class. Most were raised Sunni Muslim, whereas others reverted or converted before joining ISIS. The participants had vast variation in their educational levels and socioeconomic statuses, thus representing the broad range of people from all over the world who have joined ISIS.

The most common vulnerabilities to ISIS recruitment for the entire sample were poverty, unemployment and underemployment. Breaking it out by gender, the most common vulnerabilities were a criminal history for men and poverty, family conflict, and prior trauma for women. Poverty and unemployment tended to be much more influential for Iraqi and Syrian ISIS members, who joined the group after it took over their villages, whereas foreign participants had more complex vulnerabilities, such as the combination between a criminal history and substance abuse, and viewing un-and under-employment as a consequence of discrimination over being Muslim and/or from an immigrant background.

For men, the most common influences to joining ISIS were friends, face-to-face recruiters, and passive viewing of videos on the Internet and social media. The majority of participants were influenced in some way online, and a significant minority reported that all of their recruitment occurred online. For women, the most common influences were spouses, Internet recruiters, and parents. This can be expected due to the greater tendency for women to make decisions based on the preservation of relationships, particularly with their parents and spouses. While many women followed their husbands to ISIS out of fear of emotional or financial abandonment, only three women credibly claimed that they did not know where they were going when they left their home countries for ISIS territory—although many men and women had no idea it would be as bad as it was.

Motivations for joining ISIS differed drastically by location. Foreign males tended to be motivated by a “helping” purpose to provide humanitarian and defensive militant aid to the Syrian people, whereas foreign women tended to be motivated by the desire to pursue an Islamic identity, which many felt was not possible in their home countries due to harassment and discrimination. European women were also motivated by family ties, meaning that they followed their parents or husbands. Local men and women were motivated less by ideology and higher goals and more by employment, fulfilling basic needs and personal and familial safety.

Men’s roles in ISIS were extremely varied. 51.6% of the men admitted to serving as fighters, ribat (border patrol), or both, during their time in ISIS. It is likely that many more of the men were fighters but did not want to incriminate themselves by admitting it. Other commonly reported jobs were engineers, mechanics, and medical personnel. 97.4% of the women claimed to have acted as wives and mothers. The roles of suicide terrorist, face-to-face recruiter, and medical personnel were endorsed by one woman each in the sample. Additionally, two women reported being members of the hisbah, ISIS’s brutal morality police.

The will to fight describes the motivation cited by ISIS fighters for why they went to battle for ISIS, oftentimes after they were already disillusioned. Commonly reported wills to fight included fighting the Syrian regime, being a “true believer” in ISIS’s ideology and hope to build the Caliphate, and fear of the brutal punishments meted out by ISIS if they refused to fight.

The results of this study demonstrate the utility and validity of qualitative interview-based research with terrorists. From the stories of the participants’ experiences in ISIS, it is clear that most FTFs living far from ISIS territory are motivated more so by a desire to solidify their identities and help the greater Muslim community than for economic purposes, although some were attracted by the ISIS promises of free housing, jobs, marriage, etc. FTFs were also responding to push factors at home including marginalization and discrimination. In contrast, these existential motivations are less important for those living in conflict, who felt pressure to join ISIS in order to secure food and some semblance of safety for themselves and their families. Thus, the risk of former ISIS members rejoining the group if they are released or escape from SDF detention where many are held, even if they have been disillusioned with much of ISIS’s ideology and methodology, should be a serious concern for military and intelligence personnel. Moreover, the threat of FTFs returning to their home countries should be countered through deradicalization and rehabilitation programs that address the vulnerabilities, influences, and motivations that drove them toward ISIS in the first place, as well as the traumas that they experienced while living under ISIS.

The complete report of ISIS in their Own Words is published in the Journal of Strategic Security and can be viewed here.

Anne Speckhard, Ph.D., is Director of the International Center for the Study of Violent Extremism (ICSVE) and serves as an Adjunct Associate Professor of Psychiatry at Georgetown University School of Medicine. She has interviewed over 700 terrorists, their family members and supporters in various parts of the world including in Western Europe, the Balkans, Central Asia, the Former Soviet Union and the Middle East. Over the past five years she has made interviews (n=239) with ISIS defectors, returnees and prisoners, studying their trajectories into and out of terrorism, their experiences inside ISIS, as well as developing the materials from these interviews. She has also been training key stakeholders in law enforcement, intelligence, educators, and other countering violent extremism professionals on the use of counter-narrative messaging materials produced by ICSVE both locally and internationally as well as studying the use of children as violent actors by groups such as ISIS and consulting on how to rehabilitate them. In 2007, she was responsible for designing the psychological and Islamic challenge aspects of the Detainee Rehabilitation Program in Iraq to be applied to 20,000 + detainees and 800 juveniles. She is a sought after counterterrorism expert and has consulted to NATO, OSCE, foreign governments and to the U.S. Senate & House, Departments of State, Defense, Justice, Homeland Security, Health & Human Services, CIA and FBI and CNN, BBC, NPR, Fox News, MSNBC, CTV, and in Time, The New York Times, The Washington Post, London Times and many other publications. She regularly speaks and publishes on the topics of the psychology of radicalization and terrorism and is the author of several books, including Talking to Terrorists, Bride of ISIS, Undercover Jihadi and ISIS Defectors: Inside Stories of the Terrorist Caliphate. Her publications are found here: https://georgetown.academia.edu/AnneSpeckhard and on the ICSVE website http://www.icsve.org Follow @AnneSpeckhard

Molly Ellenberg is a Research Fellow at ICSVE, working on coding data from qualitative interviews, developing trainings for use with the Breaking the ISIS Brand Counter Narrative Project videos, and assisting with the creation and analysis of the Facebook campaigns.