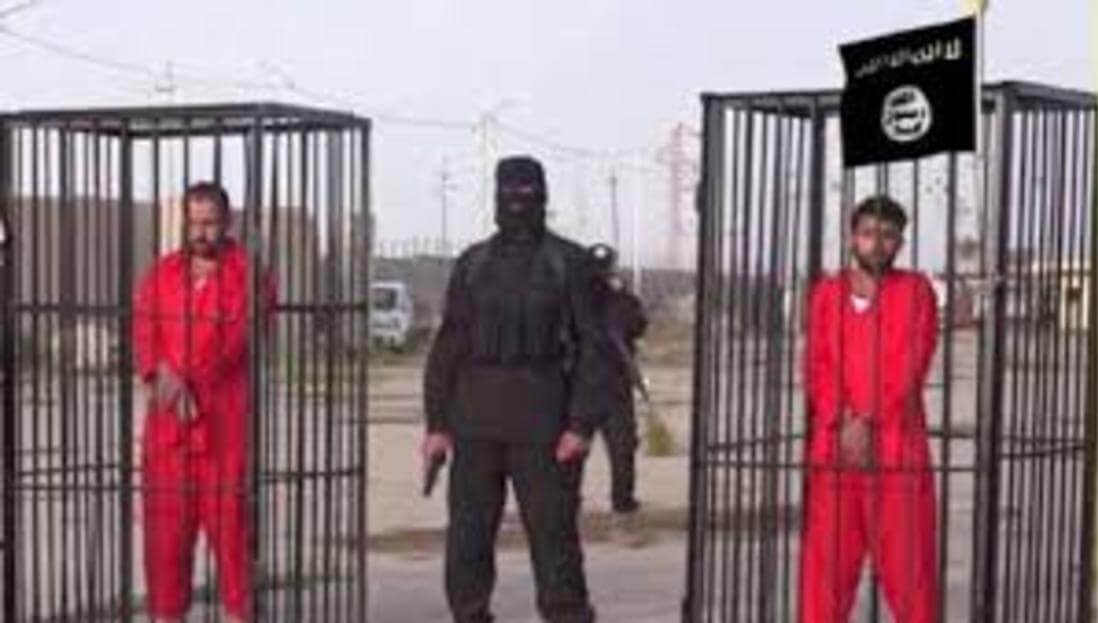 In February of 2015 Iraqi Ambassador, Mohamed Alhakim requested the UN Security Council to investigate the deaths of twelve doctors in Mosul, Iraq who he claimed had been killed by ISIS after refusing to remove organs from dead bodies.  He also claimed that some of the bodies found were mutilated with opening in the back where the kidneys are located. “This is clearly something bigger than we think,” Ambassador Alhakim stated.[1]

“Organ theft during wars, civil wars, dirty wars, wars involving undisciplined armies is not uncommon,” Nancy Scheper-Hughes, chair of Berkeley’s doctoral program in medical anthropology and director of Organs Watch, a California based documentation and research project told CNN in response to the February claim. She also told CNN that the market in human organs is brisk commenting that, “The demand for fresh organs and tissues … is insatiable.” Scheper-Hughes added fresh kidneys from “the brain dead or from those executed with the assistance of trained organ harvesters are the blood diamonds of illicit and criminal trafficking.”[2]

U.S. State Department responded to the February 2015 claims with the following statement: “We also have no reason to doubt them given other similar atrocities that have been documented and other heinous crimes for which ISIL has proudly taken credit.” [3]

In September of 2015, former ISIS prisoner Abo Rida was reported stating that surgeons for the terror group removed kidneys and corneas from prisoners. Rida reported ISIS informing their captives that “the fate of these prisoners (was) inevitable death” and the jihadists were “more deserving” of the organs.  Rida said he escaped from ISIS after a counter-terrorism raid damaged their prison, but that he was fired upon trying to escape and was only one of four who made it out alive. [4]

In December of 2015 the U.S. government revealed that it had obtained in May, via a Special Forces raid in eastern Syria, a document dated January 31, 2015 (among many others) giving the Islamic justification for harvesting organs from “infidels.” The ruling according to Reuters, states that taking organs from a living captive to save a Muslim’s life, even if it is fatal for the captive, is permissible. “The apostate’s life and organs don’t have to be respected and may be taken with impunity,” the fatwa from the Islamic State’s Research and Fatwa Committee reads. It goes on to say, “Organs that end the captive’s life if removed: The removal of that type is also not prohibited.” The Islamic State’s ruling on organ harvesting cites Islamic texts, principles and laws lending support for what the group argues, “the notion that transplanting healthy organs into a Muslim person’s body in order to save the latter’s life or replace a damaged organ with it is permissible.”[5] A U.S. government translation of the fatwa can be found here.

While the newly discovered fatwa does not offer any proof that Islamic State actually engages in organ harvesting or organ trafficking, that ISIS could be reaping financial benefits by trafficking in stolen body parts is not inconceivable.  Given the numerous reports leaking about the justification for and actual activity of organ harvesting and given that it has faced set-backs in its illicit oil trade of late due to airstrikes on it, the group may need to recoup the money.

In our ISIS Defector Interview Project at the International Center for the Study of Violent Extremism we were also informed by an ISIS defector in December of 2015 who maintains ties with other Islamic State cadres, both still in and out of the group that, “There is a statement now from Daesh:  ‘From this point you do not kill the slaves.  We need to use their bodies to make money [for organ trade].’ Basically, they are saying that the slaves are already ‘dead’. We need to make money off their bodies by selling body parts.”

While we hope it’s not true, given all the heinous acts the Islamic State cadres have already carried out, this is just one more sickening example of how un-Islamic ISIS really is.

Anne Speckhard, Ph.D. is Adjunct Associate Professor of Psychiatry at Georgetown University in the School of Medicine and Director of the International Center for the Study of Violent Extremism (ICSVE). She is author of Talking to Terrorists and Bride of ISIS and coauthor of Undercover Jihadi. In 2007, Dr. Speckhard was responsible for designing the psychological and Islamic challenge aspects of the Detainee Rehabilitation Program in Iraq to be applied to twenty thousand detainees and eight hundred juveniles. She has interviewed over four hundred terrorists, their family members and supporters in various parts of the world including Gaza, the West Bank, Chechnya, Iraq, Jordan, Lebanon and many countries in Europe. Website: www.AnneSpeckhard.com

Ahmet S. Yayla, Ph.D. is Professor and the Chair of Sociology Department at Harran University in south of Turkey by the Syrian border. Dr. Yayla is a Research Fellow at ICSVE. Dr. Yayla served as Chief of Anti-terrorism Division at the Turkish National Police. He has earned his masters and Ph.D. degrees on the subject of terrorism and radicalization at the University of North Texas. Dr. Yayla’s research mainly focuses on terrorism, sociology, dealing with terrorism without use of force, terrorist recruitment and propaganda, radicalization (including ISIS and Al Qaeda) and violence. He has mostly authored several works on the subject of terrorism. He has also been advisor to the United States Ohio Department of Homeland Security (December 2005 to April 2006) on issues of terrorism and interacting with Muslim Communities in the United States. Dr. Yayla also witnessed at the United States Congress and Senate, Homeland Security Committee and Subcommittee on Prevention of Nuclear and Biological Attacks (October 21st, 2006) on the subject of “Local Law Enforcement Preparedness for Countering the Threats of Terrorism.”