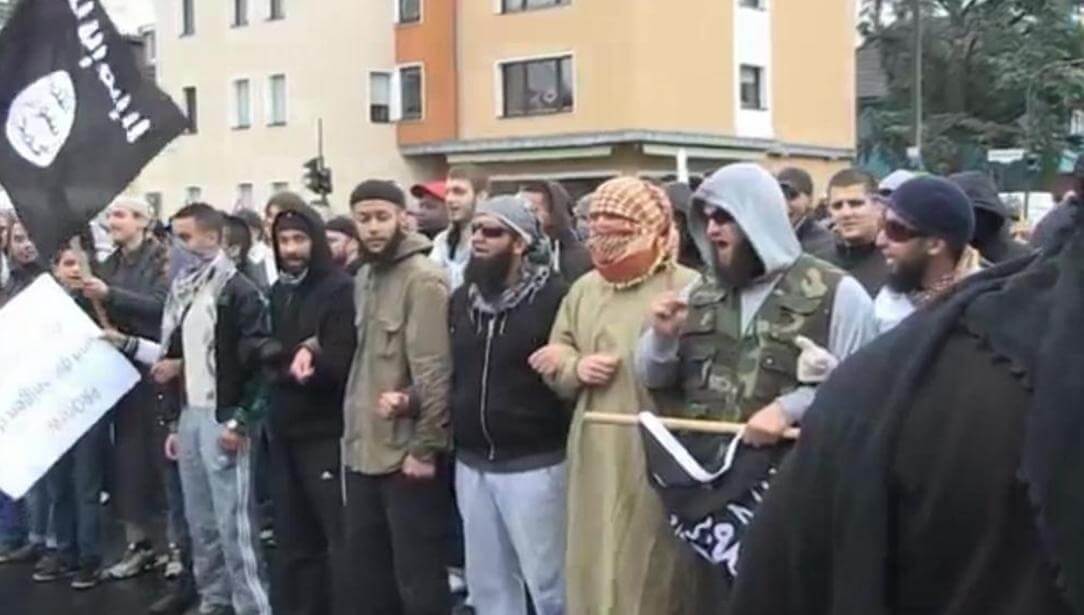 ISIS Continues to Agitate for European Attacks: Is Germany Next?

ISIS has issued a statement on the Brussels attacks sharing the pictures of two perpetrators of the Brussels airport attacks, Brothers Khalid El Bakraoui, on the left, and Ibrahim El Bakraoui on the right as reported by Raqqa is Silently being Slaughtered.

They also challenged the West with the following statements (roughly translated):

“ISIS soldiers are from now on from the countries we are attacking. Why? Because it is easier for us to carry out those attacks simply because they know the terrain, culture, language and basically all the necessary information regarding that country.”

“Those attacks also show to the whole world how the European countries’ intelligence is weak and incompetent.  WHY? Look we can easily carry the explosives and the weapons at the heart of the airport without any problems. According to us, it is more important for us to scare the Europeans rather than killing them in large quantities. These Brussels attacks proved to the whole world that we can attack anytime and anywhere we would like to.”

“We have many fighters in Europe on hold, so we can carry out simultaneous attacks as we wish in different locations.”

“We can very easily carry out our operations against the European intelligence agencies without any difficulties and you will continue to see that.”

“Oh our brothers, as you can see we can strike their capitals, their propaganda is a complete lie. Look we struck them at their heart, in the middle of Brussels, by only using light weapons and explosives. This alone proves you how vulnerable they are and that they are not winning against us.” 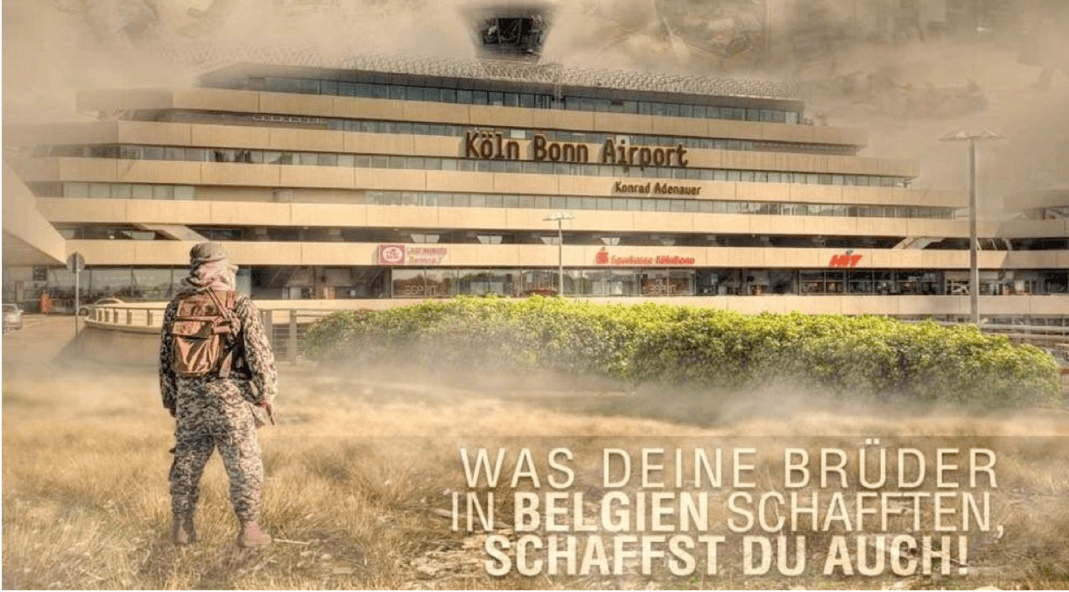 Likewise, today ISIS issued a post (reported by Raqqa is Silently being Slaughtered organization) on Twitter threatening the Germans. It’s caption in German picture above asked its fighters to target and achieve the same as their brothers succeeded in Brussels.

Even though, this newsletter is a propaganda piece we can clearly see that ISIS is trying to exaggerate its power and presence in Europe through its narratives by putting the Paris and Brussels attacks to the front. It is also clearly a message to its cadres inside Europe, especially now in Koln, Germany to carry out similar attacks.

Likewise in Belgium, a recruitment text was sent out widely, from ISIS to immigrant descent youth in Molenbeek, with the group probably having gleaned their phone numbers from the telephone contacts of Belgian cadres coming to Syria.  The text sent out following the recent Belgian attacks, written in French implored, “My brother, why not fight the westerners? Make the right choice in your life.”

In our interviews through our ISIS Defectors Interview Project, some of our ISIS defectors mentioned the fact that ISIS has asked its foreign fighters from the West in Syria to return home, doing so by blending into the stream of refugees streaming into their countries. The purpose? To make future attacks and for recruitment purposes.

Ahmet S. Yayla, Ph.D. is Professor and the Chair of Sociology Department at Harran University in south of Turkey by the Syrian border. Dr. Yayla is the Deputy Director of ICSVE. Dr. Yayla served as Chief of Counter-terrorism and Operations Division at the Turkish National Police. He has earned his masters and Ph.D. degrees on the subject of terrorism and radicalization at the University of North Texas. Dr. Yayla’s research mainly focuses on terrorism, sociology, dealing with terrorism without use of force, terrorist recruitment and propaganda, radicalization (including ISIS and Al Qaeda) and violence. He has mostly authored several works on the subject of terrorism. He has also been advisor to the United States Department of Homeland Security (December 2005 to April 2006) on issues of terrorism and interacting with Muslim Communities in the United States. Dr. Yayla also witnessed at the United States Congress and Senate, Homeland Security Committee and Subcommittee on Prevention of Nuclear and Biological Attacks (October 21st, 2006) on the subject of “Local Law Enforcement Preparedness for countering the threats of terrorism”.

Anne Speckhard, Ph.D.  is Adjunct Associate Professor of Psychiatry at Georgetown University in the School of Medicine and Director of the International Center for the Study of Violent Extremism (ICSVE) and a nonresident Fellow of Trends. She is also the author of Talking to Terrorists and coauthor of Undercover Jihadi. Her newly released book, inspired by the true story of an American girl seduced over the Internet into ISIS is Bride of ISIS. Dr. Speckhard has interviewed nearly five hundred terrorists, their family members and supporters in various parts of the world including Gaza, the West Bank, Chechnya, Turkey Iraq, Jordan and many countries in Europe. She was responsible for designing the psychological and Islamic challenge aspects of the Detainee Rehabilitation Program in Iraq to be applied to twenty thousand detainees and eight hundred juveniles.  Website: www.AnneSpeckhard.com