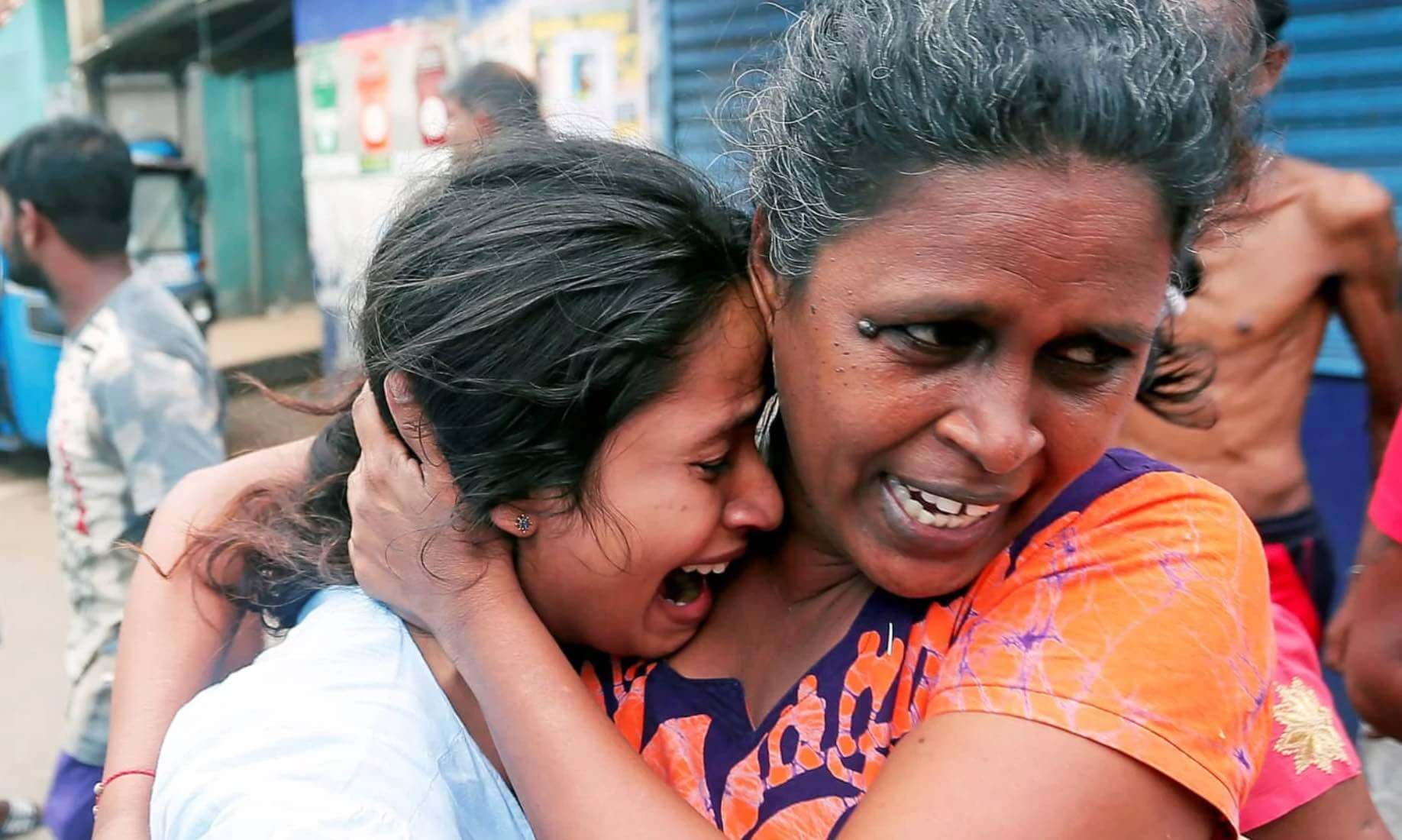 As published at Daily Beast.

by Anne Speckhard and Ardian Shajkovci

The Islamic State terror group has claimed involvement in the horrific Easter Sunday bombings that killed more than 320 people at Catholic services and in luxury hotels in Sri Lanka. In a brief statement from its Amaq “news agency,” ISIS declared the attackers “were ISIS” and targeted “citizens of states” in the anti-ISIS coalition.

Sri Lanka is not part of the coalition, and while some Europeans and Americans, including children, died in the attacks, most of the victims were Sri Lankan, and all those arrested in connection with the bombings so far reportedly have been from Sri Lanka.

The Amaq statement offered no further proof of ISIS involvement, and Sri Lankan officials have focused most of their attention on a little-known local group, after admitting that warnings from foreign intelligence sources that attacks on churches were imminent were largely ignored.

Sri Lanka’s state minister for defense said Tuesday that the attacks were carried out as revenge for the slaughter at mosques by a white-nationalist terrorist in Christchurch, New Zealand, last month.

ISIS has encouraged such acts of vengeance for Christchurch, as has al Qaeda, although the latter terror organization has told its followers specifically not to attack places of worship. The Amaq statement Tuesday did not mention the New Zealand atrocity.

Whatever an ISIS role, direct or indirect, one thing is certain: ISIS will exploit the carnage in Sri Lanka to great effect, and the killers on Easter Sunday took advantage of a situation where too many people had grown too complacent about the threat posed in countries never before seen on jihadi hit lists, and far from the usual front lines in the fight against their specific brand of terrorism.

Successes in past fights against terror are no guarantee of safety now in a world where instant communications are universal. A huge part of the problem is incitement and recruitment over the internet, which the International Center for the Study of Violent Extremism (ICSVE) and other organizations work to address. But the terror challenge is constantly evolving. Law enforcement officials in the United States are concerned that ISIS no longer works to inspires so-called “lone wolves,” but whole packs of wolves. And cell phone communications, including encrypted messaging apps, have made it easier than ever for them to coordinate their suicidal attacks, as happened across Sri Lanka on Sunday.

Complacency should be considered a real and growing part of the threat.

In February we spent a week in Colombo at a regional United Nations Office of Drugs and Crime conference looking at ways to prevent violent extremism and reintegrate former and imprisoned terrorists into society.

We were aware that Indonesia and Bangladesh, both represented at the conference, recently experienced ISIS-inspired attacks.  In Indonesia one such attack involved an entire family driving motorbikes to carry out suicide attacks at multiple churches.

But we also knew that Sri Lanka did not have such a history. There the history of terrorism has been tied to the history of the largely Hindu “Liberation Tigers of Tamil Eelam,” defeated militarily in 2009 after years of separatist war waged against the mostly Buddhist Sinhalese majority.

It was the Tamil Tigers, after all, who first developed the suicide vest and sent women into crowds of people to blow themselves up long before the tactic spread like wildfire across the Middle East. They also developed techniques for attacking by sea with explosive-laden speedboats.

No one at the conference doubted that the Sri Lankans had developed a serious counterterrorism and intelligence capability in the face of the formidable foe they had faced over decades. Likewise, our hosts were very proud that they had defeated the Tamil Tigers and did not expect them to make a comeback given the huge deradicalization program that they had put so many of their former foes through. We even interviewed satisfied graduates of the program.

Thus, when a Sri Lankan female intelligence officer asked about one of the militant jihadi groups that were starting to form in Sri Lanka, which she was following, the general view was that that they were small and ineffective. We told her that such groups should be watched carefully because they could pick up so easily on the viral, virulent ideas of groups like al Qaeda and ISIS, and spring into action at any time. She told us there had been difficulties tracking the preachers who incited hate, then went underground before action could be taken against them.

Clearly the group alleged to have carried out the Easter bombings, coming from a tiny minority of the country’s Muslim minority, which is only about 9 percent of the population,  figured out how to create a series of stunning and spectacular attacks—choosing a Christian holiday to attack Catholic churches and going after Western hotel targets, knowing both would garner huge press coverage. That’s the sort of media exposure that terrorist groups thrive on.

The name of the group reported out of Sri Lanka as the National Thowheeth Jama’ath, is a slightly misleading local transliteration. More conventionally, it should be called the Tawhid Jamaat. In Arabic, the language of the Quran, tawhid means the oneness of God and jamaat means brotherhood. Groups that adopt such labels often believe in suicide terrorism as a form of Islamic “martyrdom” in which the killer earns immediate entrance to Paradise and his family members also gain entrance upon their deaths.

Likewise such groups believe in the call to establish an Islamic state, to live under sharia law, to reject democratic leaders, and to fight jihad until the end times. They believe that even other Muslims who do not adhere to their violent extremist views can and should be killed in the quest to establish a “pure” Islamic state. Those are all  dangerous ideas that can culminate in actions like the Easter Sunday massacre.

It’s unlikely, however that a local group would be sophisticated enough to plan a series of coordinated attacks and be savvy enough to go after targets that Western media would respond to in a feeding frenzy of reporting activity. That is right out of the ISIS and al Qaeda playbooks and signals that in today’s interconnected world there was likely not only inspiration, but some level of consultation. Remember that simultaneous coordinated attacks have been carried out many times before, starting with bombing of the U.S. embassies in Kenya and Tanzania in 1998, then 9/11 in 2001, Casablanca back in 2004 and in Madrid the same year, in London on 7/7 in 2005, in Paris in 2015 and in Brussels in 2016.

In the past new groups were unlikely to mount such organized activity, but in today’s interconnected world new groups can easily be inspired by ideas and tactics that have been passed around by the big brothers of terrorism.

Such attacks as these are likely the wave of the future and as ISIS has lost its territory we must remember that this is a group that was able to establish a quasi-state of sorts which put the al Qaeda militant jihadi ideology on steroids as ISIS declared it’s Caliphate.  This utopian dream then had the power to attract more than 40,000 foreign fighters to come and live under its authority and fight on its behalf.Calling for Counter-Narratives

While ISIS may currently be on its knees in the lands it once controlled, the power of the ISIS dream lives on, as do the grievances felt by many of its followers, which made leaving home for so very many not so difficult to do.

Only a small number left, or tried to leave, Sri Lanka for the Islamic State, yet even there, the call to the Caliphate found resonance. We need to be aware that while many ISIS leaders have been killed, ideas are much harder, if not impossible, to kill. These ideas keep spreading around the world infecting even small Muslim communities where, as we now see, they may be least expected to take root.

Over social media ISIS makes promises of a future, dignity, purpose and significance while living under and serving the Caliphate, even if the territory it now relies on is bandwidth rather than acreage. The power of social media enables such groups to blanket the internet with their propaganda claims, then sit back and watch who shares and retweets, “likes” or otherwise endorses their materials, after which terrorist recruiters swarm in on those who showed interest to seduce them further down the terrorist trajectory.

We need to recognize that the world has changed and small start-up terrorist groups loosely affiliated with the big terror organizations of the past, and possibly with no connection at all, can make a name for themselves on the global stage. All they really need is belief in the martyrdom ideology, a few members actually willing to blow themselves up, and, perhaps, direction from an outside patron in order to turn a seemingly safe Easter Sunday into a bloodbath reported around the world.

Sri Lanka was an unlikely target and reminds us that groups like ISIS and al Qaeda have not been defeated, because their ideology lives on and their ability to use emotionally evocative messaging allows them to resonate with individuals alienated from society. Until we get as good at counter-messaging as they are at messaging—using emotionally evocative narratives and images to delegitimize them and their ideology, they will continue to spread their poison and violent hatred among us.

At ICSVE with our Breaking the ISIS Brand Counter Narrative Project, we used formr insiders to speak out against such group, with some success. But the fight is going to be a long one, and it is very far from over.