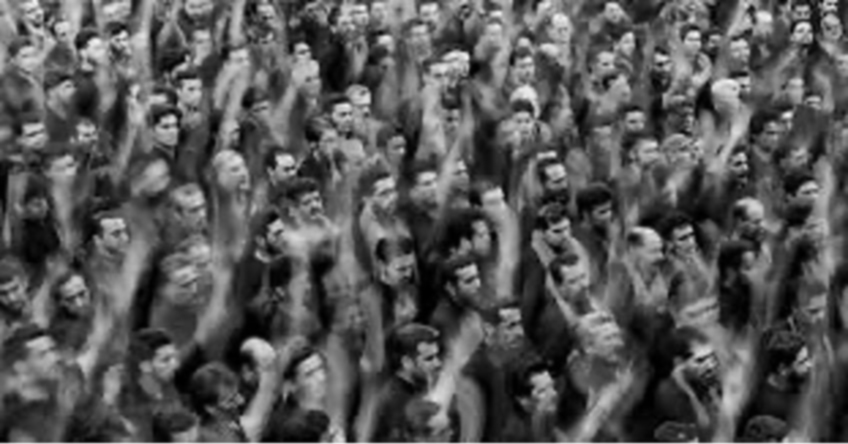 What is mind control, and how does it happen? Cults and the ways that they control their members have been the subject of documentaries and fictionalizations galore, but what is the science behind the seemingly mystical process of brainwashing and obtaining undue influence over another person’s mind? Does it apply only to cults or also to terrorist and violent extremist groups? Steve Hassan developed the BITE Model to describe the specific methods that cults use to recruit and maintain control over people. Through Behavioral control, Information control, Thought control, and Emotional control, cults promote dependency and obedience, undermining people’s ability to think and act independently.

What is the psychology behind cults and mind control, and can the psychology of cults be similarly applied to other types of dangerous groups? On February 15, 2022, join cult expert Dr. Steve Hassan and ICSVE director Dr. Anne Speckhard to address these questions and many more.

Steve Hassan is a mental health professional who has been helping people leave destructive cults since 1976 after he was deprogrammed from Sun Myung Moon’s Unification Church (The Moonies). His doctoral dissertation, The BITE Model of Authoritarian Control: Undue Influence, Thought Reform, Brainwashing, Mind Control, Trafficking and the Law, contains a comprehensive literature review and uses his Influence Continuum and BITE model as a proposed framework for the legal system to evaluate undue influence. He has researched, written and participated in the TEDx, Dismantling QAnon. He is the author of four books Combating Cult Mind Control: The #1 Best-Selling Guide to Protection, Rescue, and Recovery from Destructive Cults, Releasing the Bonds: Empowering People to Think for Themselves, Freedom of Mind: Helping Loved Ones Leave Controlling People, Thoughts & Beliefs, and The Cult of Trump: A Leading Cult Expert Explains How The President Uses Mind Control. He is the founding director of the Freedom of Mind Resource Center, located outside Boston.

Dr. Anne Speckhard is Director of the International Center for the Study of Violent Extremism (ICSVE) and serves as an Adjunct Associate Professor of Psychiatry at Georgetown University School of Medicine. She has interviewed over 700 terrorists, their family members and supporters in various parts of the world including in Western Europe, the Balkans, Central Asia, the Former Soviet Union and the Middle East. In the past five years years, she has in-depth psychologically interviewed over 250 ISIS defectors, returnees and prisoners as well as 16 al Shabaab cadres (and also interviewed their family members as well as ideologues) studying their trajectories into and out of terrorism, their experiences inside ISIS (and al Shabaab), as well as developing the Breaking the ISIS Brand Counter Narrative Project materials from these interviews which includes over 250 short counter narrative videos of terrorists denouncing their groups as un-Islamic, corrupt and brutal which have been used in over 150 Facebook and Instagram campaigns globally. Since 2020 she has also launched the ICSVE Escape Hate Counter Narrative Project interviewing 50 white supremacists and members of hate groups developing counternarratives from their interviews as well. She has also been training key stakeholders in law enforcement, intelligence, educators, and other countering violent extremism professionals, both locally and internationally, on the psychology of terrorism, the use of counter-narrative messaging materials produced by ICSVE as well as studying the use of children as violent actors by groups such as ISIS. Dr. Speckhard has given consultations and police trainings to U.S., German, UK, Dutch, Austrian, Swiss, Belgian, Danish, Iraqi, Jordanian and Thai national police and security officials, among others, as well as trainings to elite hostage negotiation teams. She also consults to foreign governments on issues of terrorist prevention and interventions and repatriation and rehabilitation of ISIS foreign fighters, wives and children. In 2007, she was responsible for designing the psychological and Islamic challenge aspects of the Detainee Rehabilitation Program in Iraq to be applied to 20,000 + detainees and 800 juveniles. She is a sought after counterterrorism expert and has consulted to NATO, OSCE, the EU Commission and EU Parliament, European and other foreign governments and to the U.S. Senate & House, Departments of State, Defense, Justice, Homeland Security, Health & Human Services, CIA, and FBI and appeared on CNN, BBC, NPR, Fox News, MSNBC, CTV, CBC and in Time, The New York Times, The Washington Post, London Times, Voice of America, and many other publications. She regularly writes a column for Homeland Security Today and speaks and publishes on the topics of the psychology of radicalization and terrorism and is the author of several books, including Talking to Terrorists, Bride of ISIS, Undercover Jihadi and ISIS Defectors: Inside Stories of the Terrorist Caliphate. Her research has also been published in Global Security: Health, Science and Policy, Behavioral Sciences of Terrorism and Political Aggression, Journal of African Security, Journal of Strategic Security, the Journal of Human Security, Bidhaan: An International Journal of Somali Studies, Journal for Deradicalization, Perspectives on Terrorism and the International Studies Journal to name a few. Her academic publications are found here:  https://georgetown.academia.edu/AnneSpeckhardWebsite: and on the ICSVE website http://www.icsve.org Follow @AnneSpeckhard

This is the twenty-fourth discussion in this series of panels discussing ISIS Foreign Fighters and terrorist rehabilitation. The previous panels can be found at the following links:

This is the twenty-third discussion in this series of panels discussing preventing and countering violent extremism. The previous panels can be found at the following links:

Issues of ISIS Prisoners & Repatriations in a Time of COVID

Can an ISIS Terrorist be Rehabilitated and Reintegrated into Society?

Can We Repatriate the ISIS Children?

Into and Back Out of ISIS: An ISIS Defector Speaks Out

Fighting ISIS Online: An Introduction to Breaking the ISIS Brand

Talking Terrorist Propaganda with a Pro

Are We Losing a Valuable Feminist Project in the Middle East?

Rescue Me: A Conversation with the Yamout Sisters re Prison Rehabilitation

ICSVE and Parallel Networks Team Up to Fight Violent Extremism

Asking Incels: An Insiders Account of the Involuntary Celibate Community

Professor Arie Kruglanski and the Three Pillars of Radicalization

How Can We Prevent and Counter Violent Extremism in the Military?

HI Emmanuel, great to see you here. I hope that you are well.

when I think of ISIS and relating this to ISIS recruitment, they told recruits to ignore media and only listen to what ISIS was putting out that the media is Islamaphobic, inside ISIS territory they stood in the internet cafes and watched what they texted and checked their phones, some were forced into  creating propaganda.

hellfire and death to anyone who questions or tries to leave

It is very similar in far right extremist and white supremacist groups. Any proof that would debunk their lies is part of the conspiracy. They manipulate you until you are at war with everybody but the group and until you’re totally paranoid

Same techniques were used by Soviet and Nazi courts and judges: for ex. the Moscow trials in 1936-38. See my conference, Devil’s Advocates. The enforcers of judicial terror: Fouquier-Tinville, Vyshinsky, Freisler, on Academia.edu

this same thing happens when militant jihadists are indoctrinated into suicide terrorism, to be in awe of paradise and to interpret the endorphin release that comes from contemplating taking their own lives as directly from God and confirmation that it’s a holy mission, and of course they  are the special martyr.

Do CRT/DEI seminars have some of these elements, e.g., telling people they’re guilty & inherently racist based on their skin color? And the prohibition against questioning DEI/CRT programs, enforced under threat?

I share the story of my brother when talking to students so far we are over 100,000 people and have many examples of students who have turned away from extremism, acts or words of hate YouTube  https://bit.ly/GAUYouTube

thank you Michael that sounds fantastic, will check it out after the seminar.

Anne I will drop you an email I am coming to the US for thye trial of Kotey and Elsheikh in late March. I am looking to give some presentations at schools, colleges and universities

was just thinking the same!

Molly Ellenberg (after the event): Steve was a panelist at ICSVE’s early Zoom event, “Understanding Q-Anon,” which you can watch here: https://www.icsve.org/understanding-q-anon/

Thank you Steven and ICSVE that was most interesting, unfortunately I have to leave. Thanks to all

Why does QANON have national impact unlike other cult movements?

Eli Saslow’s book Rising out of Hatred is a great example of how that respectful psycho-educational approach worked with Derek Black vs other students wanting him expelled.

I’ve had a similar experience as David Ruhm with CRT.  What are your thoughts on the phenomenon of “cancel culture” to shun anyone with questions or critical thought.

…we should join together and be that network Steve’s talking about.

Is there something in human nature/the brain that makes it “attractive” for people to follow an authoritarian leader?  Is this why it’s so “easy” for cults like QAnon to brainwash people to become anti-democracy and pro-cult leader?

Looking at VEO groups who primarily take advantage of ungoverned spaces, lack of good governance and the inability of governments to effectively deliver basic social services, and sometimes century long enmity between ethnic groups (Somalia for example), where does mind control and indoctrination come in in terms of the pyramid of drivers, or as a recruitment tactic.  How are these communities made to understand the manipulative tactics of VEO groups?

NLHY (NL Helpt Yezidis; www.nlhelptyezidis.org) has just published a report on the use of social media by ISIS: CALL AND DEMAND FOR AN INTERNATIONAL INVESTIGATION INTO AND PROSECUTION OF GLOBAL TECHNOLOGY AND SOCIAL MEDIA COMPANIES FOR AIDING AND ABETTING ISIS IN THE PERSECUTION, TORTURE, ENSLAVEMENT, HUMAN TRAFFICKING AND EXPLOITATION OF YEZIDIS AND FOR FACILITATING TERRORISM FINANCING THROUGH THE HUMAN TRAFFICKING OF YEZIDIS, et al.

Did you mention a book that would be helpful for therapy with clients who are very influenced by QAnon or other mind control?

Steve Hassan’s books are all great at this.

In light of this, is it wiser to rely on former adults who left ISIS to capacity build for the deradicalization of former ISIS children because of the similar ideology or look to parallel fields that have “former 2nd generation,” such as the those who were born and raised in cults and left, in order to help build the deradicalization field for children repatriated from ISIS territories even if the ideology is different?

Comment for Steven: Thank you for the talk. It was insightful. I’m currently using a ‘similar’ model from philosophy to look at how multiple elements are shaping minds (and by extension the affect) of recruits/members/followers. How cognition is not just intra-cranial. It is helping me dissecting the elements, processes and roles in groups clearly. With it, I’m focusing more on the extremist group and on the ’emotions’ part. You might be interested to look at work on ‘Situated Affectivity’ and ‘Affective Arrangements’.

Question:  In your case, what were the elements/structures/tools that ‘shaped/controlled’ your affect the most, and was most compelling?

Thanks Anne and Steven for responding to my question.  This presentation has made me think about Stalinism and many of the thought control and emotional control techniques were used.  The same techniques apply when a person is being abused by an abusive/narcissistic partner.

Thanks Anne, and Steven.

Thank you everyone for attending today’s panel.

Thank you so much for this very interesting and informative lecture!

thank you, such an interesting webinar, presentation and discussion

Thank you so much!

Thanks a lot, Steven and Anne!