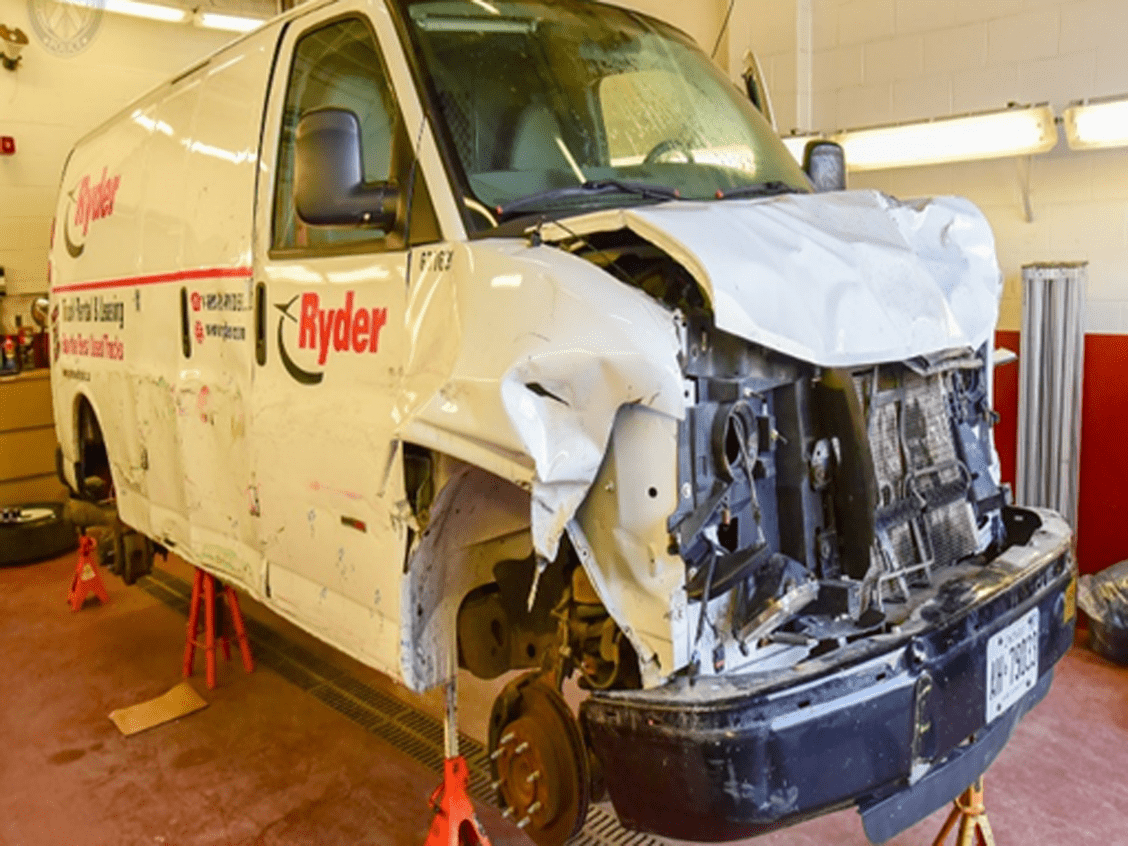 “The incel rebellion has already begun,” 25-year-old Alek Minassian posted to Facebook on April 23, 2018, hours before using a rented van to carry out a killing spree that took the lives of 10 and injured 16.[1] Incels are self-identified involuntary celibates, many of whom blame feminism and reproductive rights for having made it possible for women to be selective about their sexual partners in an era when sexual liaisons before marriage are commonplace. They often congregate in Internet forums to discuss their anger at being rejected by women whom they see as selfish and manipulative.[2]

Minassian not only proclaimed the incel rebellion had begun but also made posts praising Elliot Rodger, an American man who published a manifesto lamenting his inability to attract romantic partners before embarking on a shooting spree that left six dead and 14 wounded. Although Rodger did not self-identify as an incel, he was claimed by the community as one of their own, and his manifesto became canon for some.[3]

“I feel like I accomplished my mission,” Minassian told police investigators after the attack, explaining that he had planned it as retribution for his years of being rejected by women. The attack seemingly came out of the blue, as Alek had no history of violence, was about to finish his college degree in computer programming and had a software development job lined up. However, he also suffered from Asperger’s syndrome, which impaired his social skills and made him a target for bullies. Likewise, and much more alarmingly, he had for years admired and wanted to emulate school shooters, many of whom cited bullying as a reason for their attacks, but he lacked access to a weapon.

Minassian’s lawyer claimed that he could not be held criminally responsible because of his Asperger’s, which the lawyer said rendered him unable to empathize with the victims. The judge roundly rejected the defense today, saying that a lack of empathy would not negate his ability to understand that what he was doing was morally and legally wrong. Minassian was found guilty on 26 charges: 10 counts of murder and 16 counts of attempted murder.

Yet the question remains as to whether incels should be considered potential terrorists and their ideology that of a violent extremist group. Minassian had never engaged in a sexual relationship at the time that he committed his attack at age 25 and admitted his anger at women for rejecting him. Was carrying out his killing spree on behalf of all incels a result of his adherence to their ideology? A recent study by ICSVE carried out on a popular incel forum with membership in the thousands attempted to answer that question.[4]

What we found in a non-representative survey study of 272 incels is that they may have a much higher self-reported prevalence of autism spectrum disorder (including Asperger’s) than the general population: In our survey, about 18% reported an official diagnosis and about 44% reported experiencing symptoms of autism. That compares to a rate of only one percent in the general population.[5]

It is reasonable to extrapolate that autism, or symptoms of autism, could contribute to an incel’s inability to successfully engage in sexual and romantic relationships, but we also found that incels in our survey also appear to have much higher rates of depression and anxiety than other men, which could be a result of their status as incels or predate their inceldom. In the case of Minassian, we see a suicidal individual who finally enacts a homicidal vision that he had been harboring for years and may have transformed into a desire to kill women after years of being an incel. After crashing his van, Minassian shouted to approaching police that he was armed and even waved his wallet around in an attempt to commit “suicide by cop,” but was arrested anyway.

While the incels who took part in our survey largely profess to be nonviolent and do not endorse violence, there are those who do reinforce each other’s beliefs in online echo chambers, and we found that there is very likely an incel ideology, the “blackpill,” which cherry-picks research on gender studies and dating in a manner that casts women in a very unflattering light and which is claimed to release incels into the healing truth about dating relationships – that they can and will never win.[6]

That said, incels who have spent time fomenting the anger and frustration in such forums also find companionship there, an outlet for their anger and at times “ascend” from inceldom by either changing their looks or otherwise finding a way to a partner. Most incels in our study, however, believed their situation was permanent. It was troubling that so many of them reported experiencing psychological symptoms and challenges, and yet most are resistant to seeking or accepting mental health treatment. The respondents explained they have already experienced or believe that the therapist will blame them for their feelings about women and for their past difficulties in establishing sexual and romantic relationships, rather than what they believe are larger societal forces, such as “lookism,” and the prevalence of internet dating which relies heavily on images to create matches, that they believe have systematically prevented them from attracting partners.[7]

We hope that Minassian’s act, as well as those committed by Rodger and Chris Harper-Mercer,[8] stay in the minority of violent acts carried out by incels. However, given the praise for these individuals documented on incel forums, and the fact that approximately 20 percent of our survey respondents said that they at least somewhat admired at least one of these three men, there is a worry that they could be repeated. In all cases of preventing terrorism, it is important to approach the challenge from various levels: the group, its ideology, social support for both of these, and the individual motivations and vulnerabilities of the individual relating to the first three. In the case of incel internet forums, many have been taken down in an attempt to eliminate the group, but the forums have continued to find new homes and flourish in places to air grievances and to support violence, thus giving strong social support to those who might enact further violence. Indeed, the fact that Minassian praised Rodger is telling. Moreover, the incel ideology of the blackpill has not been well addressed but should be.

Perhaps most important aspect, however, is addressing grievances, vulnerabilities and motivations among those who might enact violence. Clearly there are psychological vulnerabilities in this group, as our research shows and the case of Minassian demonstrates. These are not vulnerabilities that erase culpability for crime, but they are vulnerabilities that can be fanned into violence when existing in an echo chamber of hate. Therefore, we propose that incel forums might also become places of healing. Given that many incels fear and reject psychological help, it might be possible to deliver prosocial amendments to the incel ideology as well as creative leads to psychological solutions that might entice more to seek and get help first through the forums and later in actual therapy.

Anne Speckhard, Ph.D., is Director of the International Center for the Study of Violent Extremism (ICSVE) and serves as an Adjunct Associate Professor of Psychiatry at Georgetown University School of Medicine. She has interviewed over 700 terrorists, their family members and supporters in various parts of the world including in Western Europe, the Balkans, Central Asia, the Former Soviet Union and the Middle East. In the past three years, she has interviewed 261 ISIS defectors, returnees and prisoners as well as 16 al Shabaab cadres and their family members (n=25) as well as ideologues (n=2), studying their trajectories into and out of terrorism, their experiences inside ISIS (and al Shabaab), as well as developing the Breaking the ISIS Brand Counter Narrative Project materials from these interviews which includes over 240 short counter narrative videos of terrorists denouncing their groups as un-Islamic, corrupt and brutal which have been used in over 125 Facebook campaigns globally. She has also been training key stakeholders in law enforcement, intelligence, educators, and other countering violent extremism professionals on the use of counter-narrative messaging materials produced by ICSVE both locally and internationally as well as studying the use of children as violent actors by groups such as ISIS and consulting foreign governments on issues of repatriation and rehabilitation of ISIS foreign fighters, wives and children. In 2007, she was responsible for designing the psychological and Islamic challenge aspects of the Detainee Rehabilitation Program in Iraq to be applied to 20,000 + detainees and 800 juveniles. She is a sought after counterterrorism expert and has consulted to NATO, OSCE, the EU Commission and EU Parliament, European and other foreign governments and to the U.S. Senate & House, Departments of State, Defense, Justice, Homeland Security, Health & Human Services, CIA, and FBI and appeared on CNN, BBC, NPR, Fox News, MSNBC, CTV, and in Time, The New York Times, The Washington Post, London Times and many other publications. She regularly writes a column for Homeland Security Today and speaks and publishes on the topics of the psychology of radicalization and terrorism and is the author of several books, including Talking to Terrorists, Bride of ISIS, Undercover Jihadi and ISIS Defectors: Inside Stories of the Terrorist Caliphate. Her publications are found here: https://georgetown.academia.edu/AnneSpeckhardWebsite: and on the ICSVE website http://www.icsve.org Follow @AnneSpeckhard

Molly Ellenberg is a research fellow at the International Center for the Study of Violent Extremism [ICSVE]. Molly is a doctoral student in social psychology at the University of Maryland. She holds an M.A. in Forensic Psychology from The George Washington University and a B.S. in Psychology with a Specialization in Clinical Psychology from UC San Diego. At ICSVE, she is working on coding and analyzing the data from ICSVE’s qualitative research interviews of ISIS and al Shabaab terrorists, running Facebook campaigns to disrupt ISIS’s and al Shabaab’s online and face-to-face recruitment, and developing and giving trainings for use with the Breaking the ISIS Brand Counter Narrative Project videos. Molly has presented original research at the International Summit on Violence, Abuse, and Trauma, the GCTC International Counter Terrorism Conference, UC San Diego Research Conferences, and for security professionals in the European Union. She is also an inaugural member of the UNAOC’s first youth consultation for preventing violent extremism through sport. Her research has also been published in Psychological Inquiry, Global Security: Health, Science and Policy, AJOB Neuroscience, Behavioral Sciences of Terrorism and Political Aggression, Journal of Child and Adolescent Trauma, the Journal of Strategic Security, the Journal of Human Security, Bidhaan: An International Journal of Somali Studies, and the International Studies Journal. Her previous research experiences include positions at Stanford University, UC San Diego, and the National Consortium for the Study of Terrorism and Responses to Terrorism at the University of Maryland.

[3] Witt, Taisto. “‘If i cannot have it, i will do everything i can to destroy it.’the canonization of Elliot Rodger:‘Incel’masculinities, secular sainthood, and justifications of ideological violence.” Social Identities 26, no. 5 (2020): 675-689.

[4] Speckhard, Anne, Molly Ellenberg, Jesse Morton, and Alexander Ash. “Involuntary Celibates’ Experiences of and Grievance Over Sexual Exclusion and the Potential Threat of Violence Among Those Active in an Online Incel Forum. ICSVE Research Reports (2021).

[8] Dewey, Caitlin. “Incels, 4chan and the Beta Uprising: making sense of one of the Internet’s most-reviled subcultures.” The Washington Post (2015).