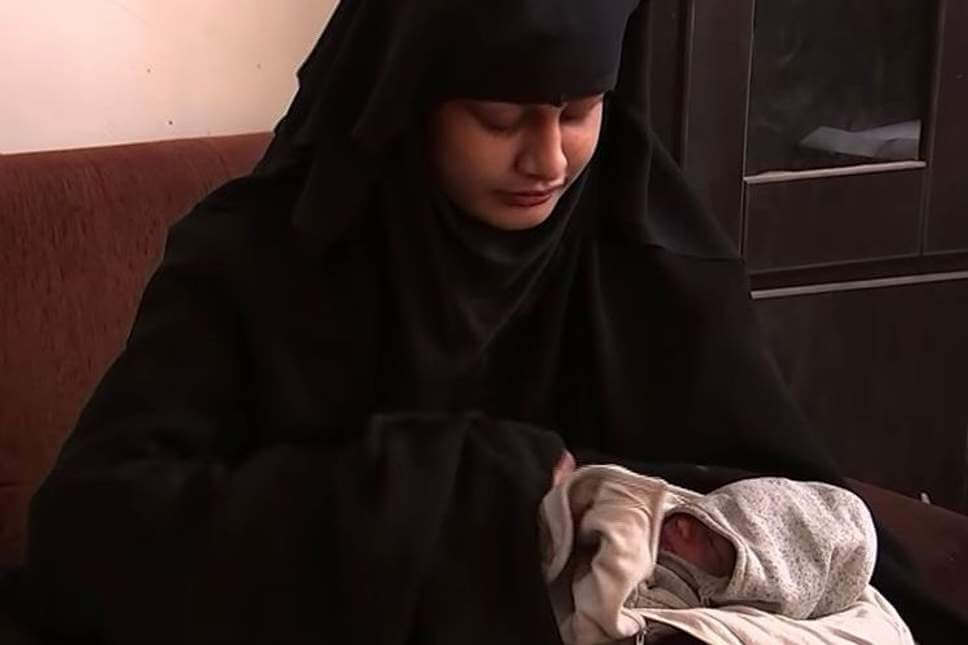 This is a letter sent to the government in response to a request of Dr. Abdul Haqq Baker, of STRAP, UK and out of concern for the welfare of the newborn child of UK citizen Shamima Begum and the consequences she may suffer for a decision made as a minor living in the UK.  The letter has been conveyed to the government and we await an answer to it. The newborn has since died.

To Whom It May Concern:

I am writing this letter in response to a request from Dr Abdul Haqq Baker, of STRAP, UK, who I am meeting with during the UNODC Cross Regional Workshop on Preventing Violent Extremism through Rehabilitation and Reintegration of Violent Extremist and Terrorist Offenders held in Colombo, Sri Lanka, Feb 25-29, 2019.  I am the Director of the International Center for the Study of Violent Extremism (ICSVE), a think tank focused on studying terrorism and violent extremism, Adjunct Associate Professor of Psychiatry in the Georgetown University School of Medicine, and a psychologist of 25+ years experience, treating clinical cases and researching the psychosocial underpinnings of terrorism. I have spent the last two decades studying the trajectories of individuals into, and back out of terrorism, having in-depth interviewed over 650 terrorists, their family members and close associates around the world. Over the past four years, I have interviewed 141 ISIS defectors, returnees and prisoners: men, women and minors from many countries around the world.  In 2006-2007, I designed for the U.S. Department of Defense the psychological and Islamic challenge components of the Detainee Rehabilitation Program, which was applied to 22,000+ detainees and 800 juveniles held by U.S. forces in Iraq. I am also a trained child development specialist and a mother of three. I have helped to birth babies, have worked inside prisons, and know what it is to raise children in third world environments.

Along with my ICSVE colleagues, I have been traveling over the past two years into Iraqi prisons and Kurdish-run camps and detention centers in Rojava, Northern Syria.  In that regard, I have interviewed 10 women held in YPG-run detention camps in Rojava and witnessed the harsh conditions under which these mothers and children live. The women (and their prison caretakers) that we have interviewed in these camps have told us that medical care is scarce, medicines are not available, good food is costly and difficult to procure, vaccinations for children are not provided, schools and child development services don’t exist, winters are cold in the tents, dust frequently fills the air, creating breathing difficulties for their children, fires break out in the tents due to cooking in them, and some women threaten and bully the others—including threatening with knives.

Mothers and children have died in the camps, including three who reportedly died of Typhoid in Camp Roj last year.  One mother we met told us about her child having regular asthma attacks due to the dusty air, attacks in which he turns blue and stops breathing with no medications provided. Another shared her terror of Pertussis (whooping cough) and others of Typhoid. Mothers told us they feared the cold winter conditions and illnesses that occur during Syrian winters.

Not formally charged with any crimes and totally uncertain of their futures and unable to advance their cases through a proper legal system, mothers in YPG camps live under constant uncertainty, stress, fear, and anxiety. We saw dozens of children in the camps and witnessed that children literally play with, and on rocks, strewn over the desert ground throughout the camp. There are, to our knowledge, no playgrounds, toys or books provided, and we were told that any education provided is very substandard and none provided for preschoolers.

Shamima Begum surrendered just after our last visit to northern Syria and we have not yet interviewed her. As far as my knowledge of her case, which I was aware of since 2015, Shamima left the UK as a 15-year-old in the company of two class mates purportedly on a “teenage” adventure. Shamima left the UK at an age when her mature adult thinking would not normally have been developed yet,  reflected in the fact that at that age most minors would not normally be tried in court of as an adult. To my knowledge, her decision to go to Syria at that age seems to now be the determining factor for currently barring her re-entry. While certainly she has had many experiences inside ISIS that may make her look dangerous, if she is like most ISIS women (approximately 30) we have interviewed, she may not be dangerous at all, and she is still a teenager.

My experience talking to dozens of women who lived inside of ISIS is that most were wives and mothers, although some did become part of the ISIS hisbah (Islamic police) and carried out brutal punishments upon other women. In addition, some were weapons trained and some served as spies, combatants and suicide cadres. Others became propagandists and served to incite and seduce others to join the group. Most, however, did not receive weapons or ideological training and had very little power inside the group. ISIS was a very male dominated and totalitarian state.

From our interviews of women who left their countries and traveled to ISIS in the same time period as Shamima, we have found a  significant role of social media and Internet-based recruiters who were particularly adept at seducing young girls with promises of significance, dignity, traditional marriages coupled with adventure, wealth and Islamic living. “Contagion” behavior among teens, particularly girls, is common.  In Shamima’s case, a schoolmate had already been seduced by ISIS recruiters into traveling into ISIS territory and the school that Shamima attended had failed to adequately warn her parents of this fact, nor take adequate precautions to ensure this ISIS “contagion” did not spread, as it clearly did to Shamima and her two classmates who followed the first girl into ISIS.

In my experience of interviewing women who travelled to join ISIS, both young and older, women did not understand that once they crossed the borders into ISIS territory they would literally be deprived of their freedom. For instance, they would be locked into an ISIS madhafa, i.e. “guest” house and not be allowed to leave until they agreed to marry an ISIS cadre (in the case of single women).  Every aspect of their life would be controlled.  In the case of couples, their husbands would be forced to take ISIS shariah training—ideologically indoctrinating them into the hateful ISIS ideology passed off as

supported by Islamic scripture and traditions and to follow all ISIS orders in their “hear and obey” totalitarian state. Men were to indoctrinate their female family members and control them in all aspects of their lives. ISIS men would at pain of death, imprisonment and torture be forced to serve, and usually also fight for the organization, and would be punished for their female family members dress or other infringements. There are many instances of ISIS women being executed and stoned to death.

At the time Shamima entered ISIS, they had conquered significant territory and overtaken resources that made them one of, if not the, richest terrorist organization in history.  She would likely have been given a home to live in and her husband paid an adequate wage, along with other resources for living well in the ISIS Caliphate.  If she lived in Raqqa, she may have at first believed she was living in a true Islamic Caliphate.

However, as in the case of most we have interviewed, such a belief would have been quickly shattered, as she witnessed ISIS brutalities, corruption and un-Islamic behaviors. I am not aware if Shamima tried to escape ISIS, but do know that many European women we talked with tried repeatedly to escape but found it too dangerous, with some being shot or witnessing their husbands and fathers arrested and tortured, and in some cases executed for attempting to escape. Smugglers who helped Europeans escape were expensive and at times tricked and raped their female clients. Likewise, ISIS told women that they would be raped if they tried to escape to YPG territory. Being too afraid to try to escape would be an understandable behavior for a young girl. I am also not aware of her media activities but can state that ISIS leaders often forced minors to take part in its media publications, including videos, sometimes using extreme violence to ensure their participation. Nine-year-old Matthew Elhassani’s ISIS father, for example, reportedly brutally beat his mother for trying to prevent him from being featured in an ISIS propaganda video threatening Americans.

Shamima has recently given birth to a son in detention. The YPG detention camps are harsh, dangerous, unsanitary and unhealthy places to house a newborn, or any child, for that matter.  The newborn should immediately be removed from the camp to ensure his best health, and preferably not separated from his mother. I am not aware if Shamima is breastfeeding but separating a newborn from its lactating mother would not be in the infant’s best interest, and normally keeping mothers and children together at that age is crucial to ensure healthy attachment. Shamima has already lost two children and would not likely do well psychologically with being separated from her newborn. Moreover, it would certainly disrupt her attachment and bonding process and likely interfere with successful future parenting—to the detriment of both.

In my experience working with hundreds of terrorists and designing programs for their psychological and religious treatment, my expectation would be that if Shamima was mandated into psychological treatment and  received religious counseling from a moderate Muslim teacher, she would likely move away from any radical and extremists beliefs and overtime recover from her experiences inside the terrorist group.  Having

survived the demise of the Islamic State and witnessed all the brutalities of the group in its last throes of survival has been, in my observations, a significant deradicalization program for many of its previous adherents who fell away from the group even while continuing to be trapped inside it.  Shamima has likely already been significantly disappointed in her teenage fantasies of what the group would provide but has had no good opportunity to recover yet. Family and individual counseling with a well-informed and well-supervised psychologist, coupled with moderate Islamic counseling, can likely help her overcome any extremist ideas she still harbors, come to terms with the fact that she offered herself as material support to a terrorist organization and the traumas she undoubtedly encountered during her time inside the group.

Absent any evidence of criminal, violent behavior and conduct in Syria on her part, I would expect with regular compliance to a UK based psychological treatment program, coupled with some sort of court-ordered religious counseling, she would very likely recover and would not pose a future danger in UK society.

In my professional opinion, leaving her in the YPG detention camp with no access to regular and adequate counseling resources and good medical care simply poses real threats to the life of her newborn, who is innocent of any terrorist charges, and to her as well.  I would recommend returning her and the newborn home to the UK as quickly as possible with court-ordered treatment as a condition of return.

Please let me know if you have any questions or if I can provide any further information to aid in this case.