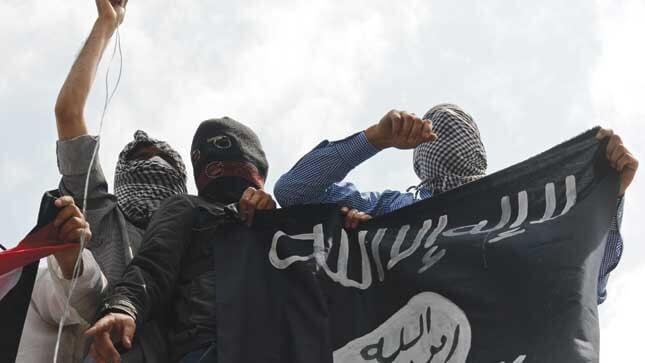 ISIS has gone unchallenged in one arena for far too long and the longer we let it slide, the more dangerous ISIS will become in the West. It’s not on the ground (they are losing territory); it’s not its leadership (they are being killed off); yet their ranks keep multiplying. ISIS is winning the recruiting battle, attracting an unprecedented 30,000 foreign fighters from more than one hundred countries with a polished and prolific online recruiting drive.

Today, the Homeland Security and Government Affairs Permanent Subcommittee on Investigations will hold a hearing — ISIS Online: Countering Terrorist Radicalization & Recruitment on the Internet & Social Media, to examine the threat posed by terrorist propaganda and U.S. government efforts to counter it. Michael Steinbach, from the FBI, George Selim from the U.S. Department of Homeland Security, and Meagan LaGraffe from the U.S. State Department’s Global Engagement Center will, once again, stress that ISIS is winning in the social media space.

ISIS has mastered the art of video-based propaganda and online recruitment — attracting the curious and then recruiters “swarm” those who engage or endorse their online products. They will spend one-on-one time grooming vulnerable individuals into ISIS cadres — to travel, or more and more recently, to attack at home.

I believe we have a powerful formula to significantly damage the steady flow of foreign fighters to ISIS and turn them back from terrorism. Along with my research partner, Dr. Ahmet S. Yayla, we have conducted and videotaped in-depth interviews with three dozen Syrian, European and Balkan former ISIS fighters and defectors. 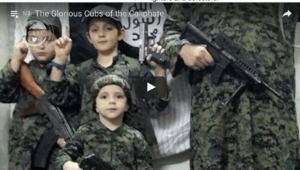 We listened to them share their horror stories of living under the realities of ISIS brutality and hypocrisy, witnessing the systemic rape and abuse of women (including Sunni women), seeing the corruption, secret dealings with enemies, and the completely un-Islamic character of ISIS.

When asked at the end of their interview to advise others about joining ISIS, from low-level fighters to high-ranking commanders, each echoed this fifteen-year-old “Cub of the Caliphate”, just thirteen when he volunteered to serve ISIS:

“May Allah be Praised, in the name of Allah most merciful and compassionate, may the blessings be upon the Prophet and his followers, I am talking to the children of the world. I spent five months with al-Dawlah (ISIS). I suffered a lot.

They say there is a state, but in fact there is no Islamic State…They are making fun of you…Please don’t follow the Islamic state. They are unbelievers. They make children blow themselves up so they could benefit. But these children don’t get any benefit or advantage. These children just follow the Islamic State and blow themselves up, but only the senior leaders benefit. The children don’t get anything out of it.”

What we need to recognize is ISIS is not only a terrorist organization. It is a brand that successfully sells its vision of a utopian and just Islamic “Caliphate” and a path to justice for Muslims who feel disenfranchised, marginalized, discriminated against and fearful of their own governments, as well as under attack from the West.

Never mind that there is no utopian Muslim “Caliphate”, only heavy bloodshed, tyrannical punishment of Muslims, rape of Muslim women, and death to Muslim dissenters. The ISIS brand is going strong and Westerners are still buying what ISIS is selling.

Since its 2014 claim of establishing a “Caliphate”, the flow of 1500 foreign fighters per month seems to have slowed, but ISIS is still recruiting an estimated 500 foreigners per month. Coalition airstrikes have degraded taxable territory held by Islamic State and it’s ability to sell oil, and it’s become more dangerous to live in ISIS territory — probably all factors that have slowed recruitment. But the ISIS brand still thrives.

Attacks now appear to be growing in places we all frequent. Airports, restaurants, cafes, nightclubs, concerts and sporting events. Alarmingly, “stay in place attacks” may become the new wave of ISIS violence, recruits opting for “martyrdom” missions at home versus “hijra” to the Syrian battlefield now under heavy siege.

FBI director, James Comey, has confirmed that there are one thousand active ISIS investigations in the U.S., across all fifty states. Recruitment inside the U.S. is happening, sometimes in small groups, sometimes by a ringleader, but always as a result of the recruited first being captivated by ISIS’ online content, then identified and communicated with online.

The West can’t bomb its way out of this proxy war inside Syria and a military solution is unlikely to stop ISIS. Defectors tell us that if ISIS continues to lose territory, its fighters will shave their beards, blend in, and form an underground guerilla movement. The West needs to hit ISIS where it is winning and that’s not on land, it’s online. We need to stop a surge in ISIS-related homegrown terror attacks before they take root.

With our videotaped interviews of battle-hardened men, women and teen boys who risked everything to defect, we can create short and slick video clips. Just like ISIS. Slip them into ISIS Internet and chat rooms so those seeking out ISIS will hear counter messaging — truth versus terrorist propaganda — from real defectors.

Indeed, we have been able to edit two videos which we will release today, along with one hundred social media memes. These pieces let ISIS speak for itself. The real ISIS. The disillusioned ISIS. The defectors who made it out alive, and are willing to speak out.

But two videos won’t finish off ISIS. More must be done. We have the potential to edit and release dozens more defector voices into social media, set up safe helplines to support friends and families who suspect radicalization in loved ones but fear reporting them to the FBI, and we need to “swarm”.

Like ISIS, it’s time we fight back in as creative and cunning ways to prevent homegrown terrorism as ISIS does in promoting it. ISIS defectors are credible voices who know there is no utopian state and no justice under ISIS. They can break the ISIS brand.

Anne Speckhard, Ph.D. is Adjunct Associate Professor of Psychiatry at Georgetown University in the School of Medicine and Director of the International Center for the Study of Violent Extremism (ICSVE). She is also the author of Talking to Terrorists, Bride of ISIS and coauthor of Undercover Jihadi and Warrior Princess. Dr. Speckhard has interviewed nearly 500 terrorists, their family members and supporters in various parts of the world including Gaza, West Bank, Chechnya, Iraq, Jordan, Turkey and many countries in Europe. In 2007, she was responsible for designing the psychological and Islamic challenge aspects of the Detainee Rehabilitation Program in Iraq to be applied to 20,000 + detainees and 800 juveniles. Dr. Speckhard is a sought after counter-terrorism expert and has consulted to NATO, OSCE, foreign governments and to the U.S. Senate & House, Departments of State, Defense, Justice, Homeland Security, Health & Human Services, CIA and FBI and CNN, BBC, NPR, Fox News, MSNBC, CTV, and in Time, The New York Times, The Washington Post, London Times and many other publications. More information about the ISIS Defector interviews is available in the just-released book by Anne Speckhard & Ahmet S. Yayla: ISIS Defectors: Inside Stories of the Terrorist Caliphate.

Reference for this article is Speckhard, A (July 6, 2016) How do we defeat ISIS, less bombs, more social. The Hill http://thehill.com/blogs/pundits-blog/international-affairs/286476-how-do-we-defeat-isis-less-bombs-more-social#.V314v8o_Z4E.twitter