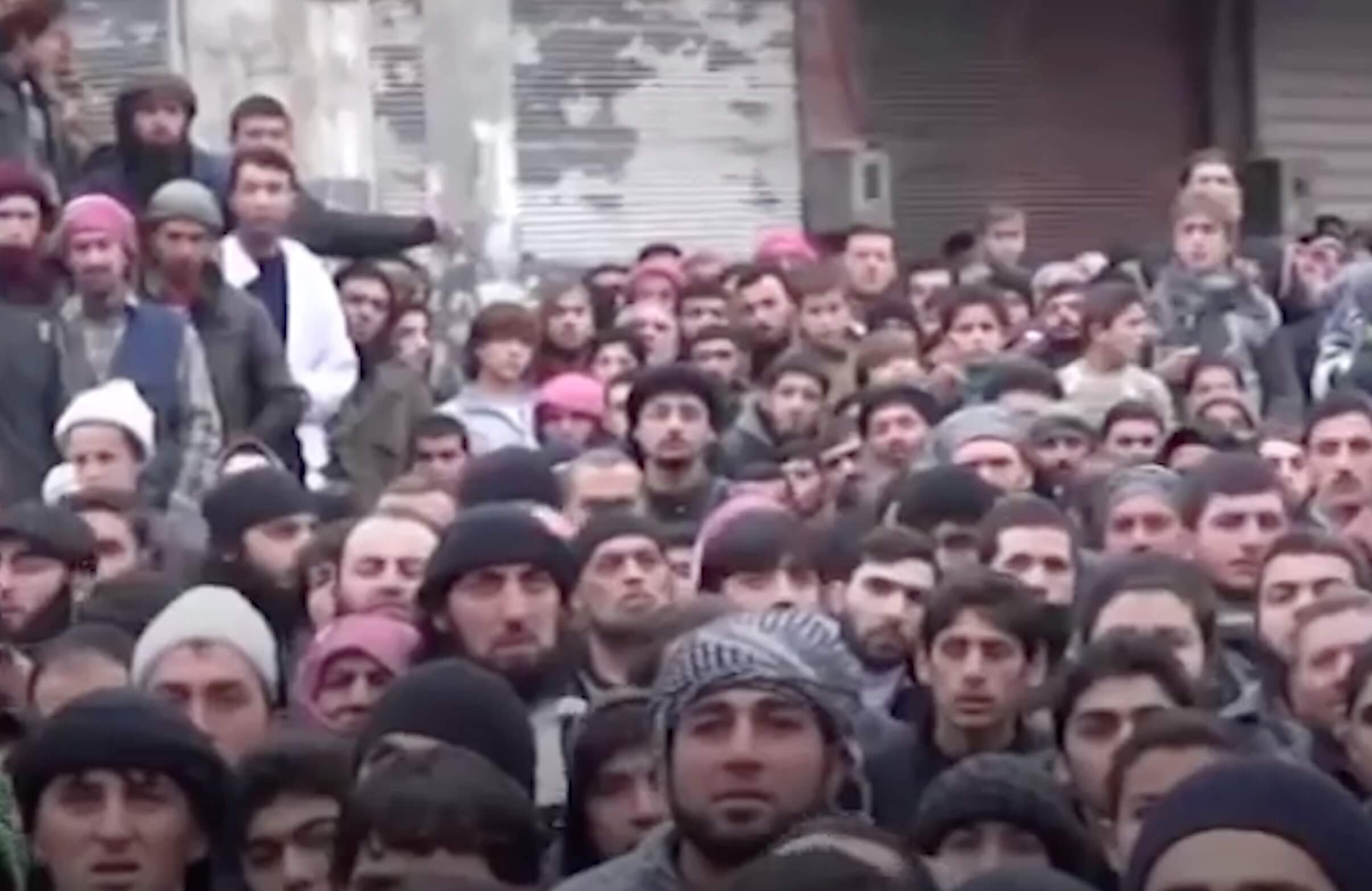 Giving the Best of Syria to the Islamic State Caliphate features 22-year-old Syrian Abu Valid, a former Free Syrian Army commander forced to join ISIS, who was interviewed in December 2015, in southern Turkey, by Anne Speckhard and Ahmet Yayla. This video clips was edited and produced by Zack Baddorf and our ICSVE team.

In this video, Abu Valid speaks about the hardships Syrians, including his family, suffered under ISIS. He starts by telling about the people selling their livestock just to be able to eat and drink and how ISIS would take the best 7 percent of flocks for themselves.  While Abu Valid escaped from Raqqa into southern Turkey where he was interviewed by ICSVE researchers, he continued to worry about his wife and family still caught inside ISIS territory. ISIS cadres“eat the best food, while the people [struggle],” Abu Valid explains and continues from reports he is receiving from family members, “Even in Raqqa and Mayadin, I know people are eating straight out of the trash.”

Abu Valid speaks about ISIS being broke now and squeezing the local population even more, seizing their homes and demanding payments for water bills owed to the Syrian government. Meanwhile the population struggling under their corrupt and cruel governance sell their gold and even their furniture to try to stay alive.

“If people in Deir or Raqqa had the chance to run away from ISIS, 92 percent of the people would defect,” Abu Valid says at a time when ISIS still controlled those areas.

Do you believe Abu Valid is who he says he is?

What do you think of Islamic State insisting that people turn over the best of their livestock to feed ISIS cadres?

Do you think it’s fair for ISIS to demand payment for water bills owed to the Syrian government?

Do you think ISIS was governing well, if people living under them had to sell their animals, gold and even furniture to stay alive?

ISIS promises to rule by Islamic ideals, do you believe them?

Transcript of Giving the Best of Syria to the Islamic State Caliphate video:

Giving the Best of Syria to the Islamic State Caliphate

Concerning people’s situation there, the region where my parents are,

people were selling their sheep and cows to be able to eat and drink.

There are no more sheep and cows left.

Most of them died with the [Syrian] regime’s raids and the rest are killed by ISIS.

There are also [ISIS] taxes.

If you have a hundred sheep, [ISIS fighters] would pick out and take the best seven of them.

They take them, slaughter and eat them. They eat the best food, while the people [struggle].

Even in Raqqa and Mayadin, I know people are eating straight out of the trash.

My parents and relatives are all dear to my heart.

They want to leave [Syria] in any way possible, because life is now very bad.

They had furniture. They sold it.

Those who used to have gold sold it to be able to eat and drink.

Nothing is left to sell anymore. ISIS is seizing homes.

Twenty-five days ago, [ISIS] seized our second home because I am a defector.

Concerning Syria, we know that in Iraq they robbed two banks and they took oil fields.

They did the same in Syria. We don’t have banks. They took oil fields and oil wells.

They [took] Raqqa’s antiquities of Deir [ez Zor] to support themselves militarily.

So, they turned to the civilians with fines.

For six years, no one paid their water bills to the [Syrian] regime.

Now, ISIS is demanding that money.

If people in Deir or Raqqa had the chance to run away from ISIS,

92 percent of the people would defect.