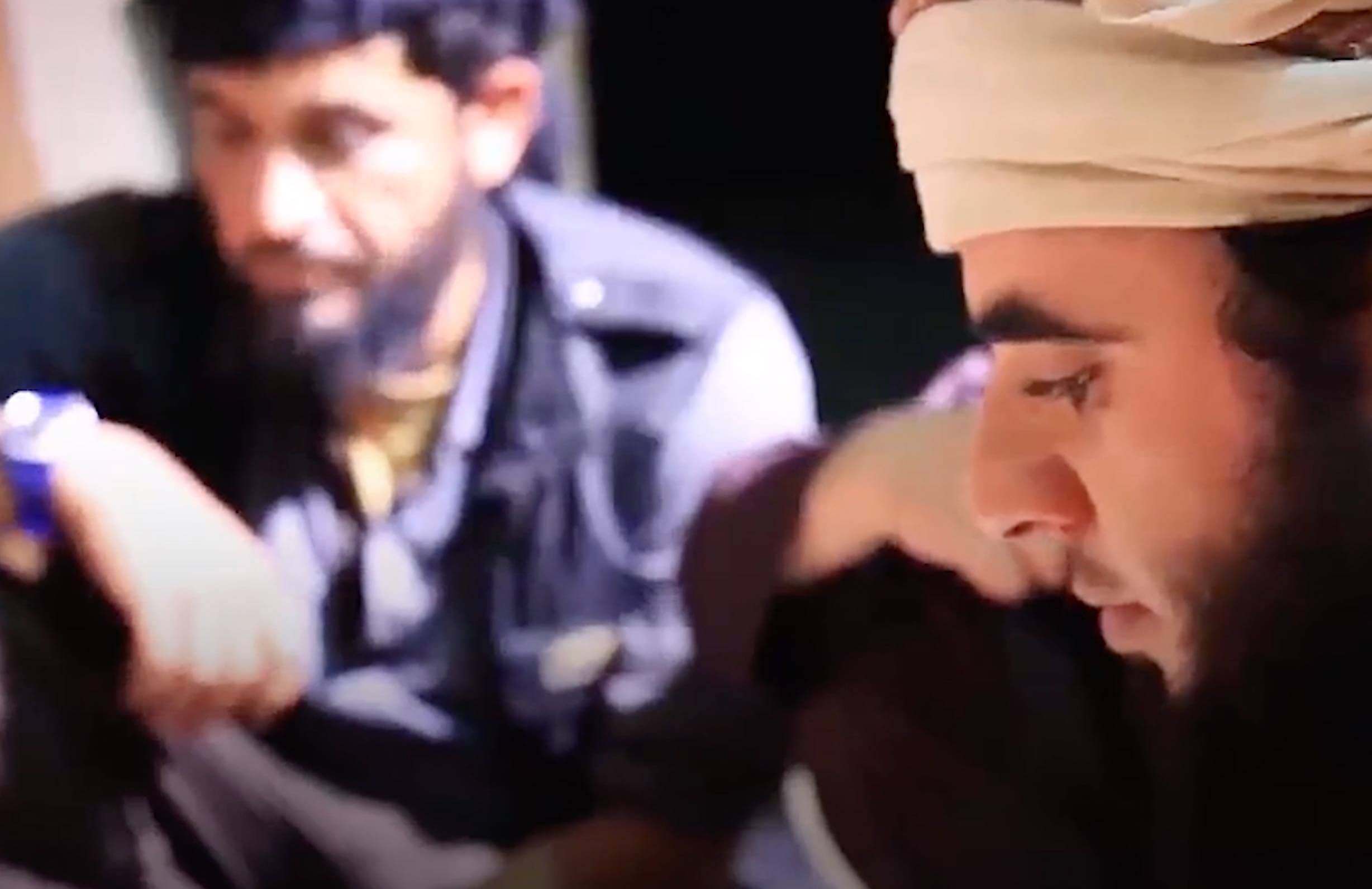 Brothers of the Caliphate is the 106th counter narrative video in the ICSVE Breaking the ISIS Brandseries. This video features twenty-four-year-old Abu Qadir, a Syrian interviewed in December of 2015 in Turkey by Anne Speckhard and Ahmet Yayla. This video clip was produced by Zack Baddorf and the ICSVE team. It highlights the fact that ISIS was not good for the Syrians they purported to be liberating from Assad’s atrocities.  During the Syrian uprising, Abu Qadir and his brother joined the Free Syrian Army, but ISIS overtook their area in 2014 and forced them to join ISIS.

Abu Qadir recalls being welcomed like brothers by those who didn’t know he came from the FSA. He and his comrades were surprised when they asked their trainers, “What comes first? Fighting Muslims or fighting Jews and Christians?” to hear in response, “Fighting Muslims comes first,” with the Islamic State explanation that Muslims who were not with ISIS were betrayers and infidels worthy to be killed.

Abu Qadir also recalls how foreign fighters were ordered by ISIS to attack and kill members of the Sunni al Sheitat tribe. Many defectors commented on this—that foreign fighters were unable to distinguish between the tribes or communicate in Arabic or local languages, and thereby followed ISIS orders to kill other Sunni Muslims. Abu Qadir also recalls how those killed were usually civilians, adding, “Whenever you see a dead body, it’s either an old man, a woman or a child who were killed.”

Abu Qadir became devastated after his brother was killed in a coalition-led attack of the ISIS base. “I can’t describe the situation, how I felt the moment he died,” Abu Qadir explains. “Imagine that your brother, who you used to sleep next to in the same bed, is now just a dead body. How would you feel?” he further adds.  He began to hate ISIS and no longer believed their lies, nor reveled in their claims that the dead were earning Paradise.

Abu Qadir suffered immensely in his grief, recalling, “I broke down whenever I entered my brother’s bedroom. After that, whenever I remembered my brother, I got angry and wanted to quit.” He also started hallucinating about him during the daytime and dreaming of him during the nights. Now, having fled from ISIS, he finds himself unable to concentrate or work in Turkey.

Abu Qadir points out that those Syrians who did not serve ISIS starved under their rule and that ISIS did not rule according to Islamic principles. “They do not represent Islam. They didn’t do anything that benefited Islam. Everything they have done so far has harmed Islam,” he notes. He warns listeners, “My brotherly advice to you is to stay away from them. That’s all I have to say to you.”

What do you feel when watching this video?

What do you think of Abu Qadir’s decision to pledge his allegiance to ISIS?

Do you think Abu Qadir will ever get over losing his brother to the conflicts?

Deaths that result from a terrorist act, during wars, or conflicts in general can often be difficult, if not impossible, to understand. In addition, the need for vengeance or seeking justice and the lack of clear resolution to a conflict (like in the case of Syria) can represent issues that may affect people like Abu Qadir and their respective families. How best can such individuals and families address these issues?

How can we help individuals who are deeply scarred by memories of extreme violence to deal with posttraumatic stress and with the loss of loved ones?

Transcript of Brothers of the Caliphate

We stopped working on this land, because of the uprising.

There was a distribution of weapons amongst people in the neighborhood, so we had to join the Free Syrian Army.

Within a period of two months, the Islamic State took over the entire area. In 2014, they took over everything.

They started harassing us, like, ‘Why do you have a weapon?’

‘Are you with the Free Syrian Army?’

To be honest, we were really scared and found ourselves forced to go and pledge allegiance to ISIS.

[At the training camp], they welcomed us as new brothers.

We stayed at the camp for about one month for shariah classes  and street fighting training.

After that, we did light and heavy weapons training.

We couldn’t comment on the first lesson we were taught.

We asked, ‘What comes first? Fighting Muslims or fighting Jews and Christians?’

The foreign Muslims came [to Syria] and then ISIS invaded [the al Sheitat tribe].

Whenever you see a dead body, it’s either an old man, a woman or a child who were killed.

So, I decided to [defect],but I didn’t get the chance to do it.

and the ISIS commander.

I can’t describe the situation, how I felt the moment he died.

Imagine that your brother, who you used to sleep next to in the same bed, is now just a dead body.

How would you feel?

When my brother died, I hated [ISIS] and I felt like we were not Muslims.

I felt like I wasn’t a Muslim after my brother died.

My brother died in the name of Islam.

The shariah men told me, ‘Be happy. Your brother died a martyr.’

‘Allah will send him to Paradise.’

So, the next morning, we brought my brother from the house to the cemetery. We buried him.

Then, I took leave. They granted me leave of seven days to stay at home.

During this period, I broke down whenever I entered my brother’s bedroom.

TEXT: Abu Qadir stayed with ISIS for another three months.

After that, whenever I remembered my brother, I got angry and wanted to quit.

But I didn’t get the chance to do so.

Listen, my brother. [Even today,] when I enter my house, I imagine my brother is with me, walking right by my side.

As for the dreams, once or twice or even three times each week, I see him in my dreams.

At least once or twice.

Four months after he died, I didn’t see him at all in my dreams.

But afterwards, I started seeing him everywhere, especially at home.

And when I came close to him, there was nothing.

I started working. Now I can’t even work properly, because I’m tired emotionally and psychologically. I can’t work at all.

For the young Syrian men, one percent of them joined ISIS because they are a little extremist.

The rest of them joined because they were hungry.

If you are with them, you will get a salary and live good.

If you’re not with them, you will die because of hunger.

And to be honest, they do not represent Islam.  They didn’t do anything that benefited Islam.

Everything they have done so far has harmed Islam.

To be honest, my brotherly advice to you is to stay away from them. That’s all I have to say to you.