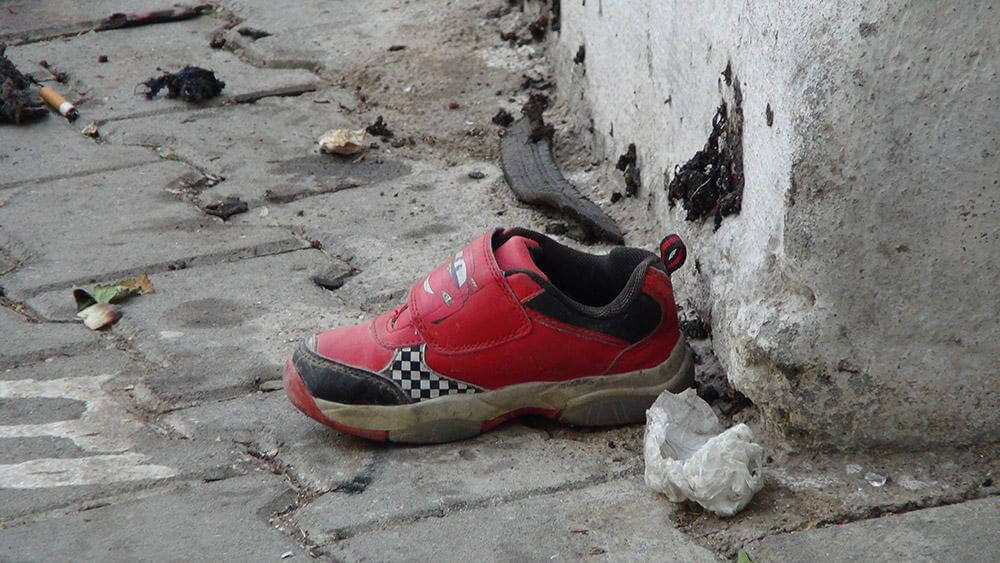 On August 20, 2016, ISIS carried out a suicide attack in Gaziantep, Turkey targeting a Kurdish neighborhood wedding ceremony killing fifty-one people and wounding sixty-nine others. The suicide bomber was a 12 to 14-year-old child[1] and his vest consisted of sophisticated explosives including military grade RDX and TNT along with ample small metal balls[2]. Those types of vests are common to recent ISIS suicide attacks including the November 10, 2015 ISIS Ankara attack.

Turkish authorities have been turning a blind eye to ISIS since 2013, allowing streams of foreign fighters to cross into Syria through the Turkish border and supplies of weapons, etc. to also be shipped in via Turkey. Furthermore, there has not been a single planned counterterrorism operation targeting ISIS since then. Not only were all ISIS suspects released from prison, some without normal trial procedures, but also in some cases, ongoing operations were halted and cases were closed. In fact, the main opposition political party parliament member Eren Erdem in his speech on June 29, 2016 at the Turkish Parliament clearly explained how ISIS was allowed to operate freely inside Turkey[3]. According to Erdem’s quote of a police report he obtained, several ISIS cadres who later became suicide attackers were known by the police prior to the attacks, and even they were not stopped. According to Parliamentarian Erdem’s remarks, the Turkish police were aware of around 2000 ISIS foreign fighters being transferred by an alleged Turkish ISIS ring and did nothing to intervene[4].

Likewise, Turkish ISIS leader Ebu Hanzala, code name Halis Bayancuk was released from prison in January 2014[5] and had to be arrested again in June 2015[6] because he was caught red-handed while facilitating the passage of ISIS foreign fighters including a French family, from Gaziantep to Syria[7]. Though he was released again in March 2016 with all other 96 ISIS suspects, a case which was opened prior to 2014 in which Bayancuk was being charged as the leader of Turkish ISIS. Today, Bayancuk actively continues his activities and has several social media accounts[8] where he preaches in behalf of and supports ISIS.

As recently, as July 28, 2016, an ISIS cell consisting of fourteen members was caught in Adana Turkey, simply because the police happened to see three AK47 assault rifles on a known ISIS member. This was not a planned operation and the police intervened and detained suspects only because they discovered the weapons on a routine road check. However, remarkably all those 14 ISIS members were immediately released without charges of any type, even though apart from terrorism charges, Turkish penal code 6136 enforces 5 to 12 years prison time for suspects caught with banned weapons, and possession of assault rifles increases that time by fifty percent[9].

More interestingly, the ISIS plan for suicide attacks in places like Gaziantep was known by the Turkish police since the November 10, 2015 ISIS Ankara attack. In the Ankara ISIS suicide bombing indictment it was revealed that in the suicide attack planner Yunus Durmaz’s flash disk was a letter written by Durmaz to Ilhami Bala, the ISIS emir who was in charge of the border between Turkey and Syria. In that letter, Durmaz openly asked permission from Bala to carry out suicide attacks against Kurdish weddings claiming there were pro-PKK people among the crowds at the weddings[10].

Recent history thus proves that there is a situation in Turkey “as if a hidden hand has been protecting ISIS and its members in Turkey” as they freely operate.  We see evidence of that through the examples above combined with our field experience and interviews with ISIS defectors about the situation at the Turkish border and inside Turkey.[11]

Furthermore, In December of 2013, Turkish police wire-tapping discovered serious evidence of corruption operations high up in the Turkish government colluding with Iranian – Turkish businessman Reza Zarraf, who has just this Fall been indicted in New York, and is awaiting trial in U.S. federal prison for what is being called the Iranian oil to gold scheme and money laundering charges[12]. It’s believed by some, that due to the scandal at that time, the Erdogan government decided not to act against ISIS and other terrorist organizations in order to divert attention from this operation. In fact, almost all ISIS suspects along with PKK leadership and PKK prisoners[13] and other political prisoners who were arrested prior to the Istanbul corruption operations were all released and their cases were closed. This move also gave especially to the PKK a lifeline of support with senior experienced members freed from prison. They immediately restructured the group for a stronger future.

Currently, there is an open and heavy presence of ISIS in Turkey, particularly in close to the border cities of Gaziantep, Kilis, Sanliurfa, Hatay and Adiyaman and several other major cities including Istanbul, Konya, Ankara, Kocaeli and Kayseri. ISIS not only has established hidden cells in those cities, but has an ongoing and open logistical support and recruitment operations which are being carried out without interruption. For example, ISIS supported journals are being freely distributed at bus stations in Istanbul[14].

Obviously, this presence also means a critical threat to the domestic security of Turkey. Presently, ISIS has the capacity of carrying out simultaneous attacks in Turkey in addition to two critical factors needed to be evaluated as catalyzers. The first is the fact that, the PKK has been similarly advancing its stronghold inside Turkey with extra weapons and explosives and its training activities simply because they have never trusted the government’s peace process and took advantage of the peace process era to improve their positions in Turkey and due to the release of their members from Turkish prisons as mentioned above[15]. Since the recent coup attempt, the PKK has also carried out several attacks in southern Turkey killing tens and wounding hundreds[16].

The second critical factor is the Turkish government has been firing and arresting indispensable counterterrorism bureaucrats beginning with the December 17, 2013 corruption operations in which the Erdogan government instead of admitting to the corruption and money laundering scandal, retaliated against the police who had carried out the wire-tapping operations and jailed most of them—accusing them of being Gulenists. Up until the July 15, 2016 coup attempt, several hundreds of counterterrorism police and military officers along with several judges and prosecutors who were experienced and had expertise in terrorism cases were either arrested or fired[17]. With the coup attempt, further arrests and purging—in the thousands now—has reached a critical point, with almost all specially trained counterterrorism and intelligence police and military officers along with 4000 judges and prosecutors having been arrested and purged, with the total number of arrested officers over 30,000 and fired officers almost 100,000[18], astonishing numbers which keep increasing daily.

After the ISIS Gaziantep suicide attack against the Kurds, retribution is inevitable. There will most likely be retaliation coming from the PKK against ISIS inside Turkey and this will likely cause a heated disturbance and new massacres in Turkey—all diversions for the Erdogan government which is busy centralizing party to the President.

While the government is busy arresting thousands of claimed coup supporters and opposition, it is unlikely the inexperienced and newly appointed counterterrorism and intelligence police investigators will be able to cope with the new threats rising from this conflict and undoubtedly will fail to stop new terrorist attacks. Successful counterterrorism efforts require dedication, long term intelligence and experience. It is essential that Turkey reassess its position against ISIS and immediately start taking required precautions against ISIS and stops allowing ISIS to operate freely inside its borders. If not, the future of the region seems truly dark and most likely there can be civil strife taking control out of the hands of the government in the regions where ISIS and PKK will clash, causing hundreds of more deaths. Such strife however continues to play into the hands of Erdogan’s government as power increasingly is centralized to the president and as he continues to use ISIS to occupy the Kurds both inside and outside of Turkey.

Ahmet S. Yayla, Ph.D. is co-author of the just released book, ISIS Defectors: Inside Stories of the Terrorist Caliphate, published by Advances Press, LLC. He is Deputy Director of the International Center for the Study of Violent Extremism (ICSVE) and is also Adjunct Professor of Criminology, Law and Society at George Mason University. He formerly served as Professor and the Chair of the Sociology Department at Harran University in Turkey. He is the former Chief of Counterterrorism and Operations Division for the Turkish National Police with a 20-year career interviewing terrorists.

Anne Speckhard, Ph.D. is Adjunct Associate Professor of Psychiatry at Georgetown University in the School of Medicine and Director of the International Center for the Study of Violent Extremism (ICSVE). She is the author of Talking to Terrorists, Bride of ISIS and co-author of Undercover Jihadi, Warrior Princess and the just released book, ISIS Defectors: Inside the Terrorist Caliphate, (co-authored with Dr. Yayla). Dr. Speckhard has interviewed nearly 500 terrorists, their family members and supporters around the world and is a sought-after expert by media and governments around the world.

Reference for this article is Yayla A & Speckhard, A., Aftermath of another ISIS Attack in Gaziantep, Turkey: A Possible New Internal Conflict for Turkey. http://www.huffingtonpost.com/entry/aftermath-of-another-isis-attack-in-gaziantep-turkey_us_57ba762ce4b07d22cc38e8ba. August 20, 2016.