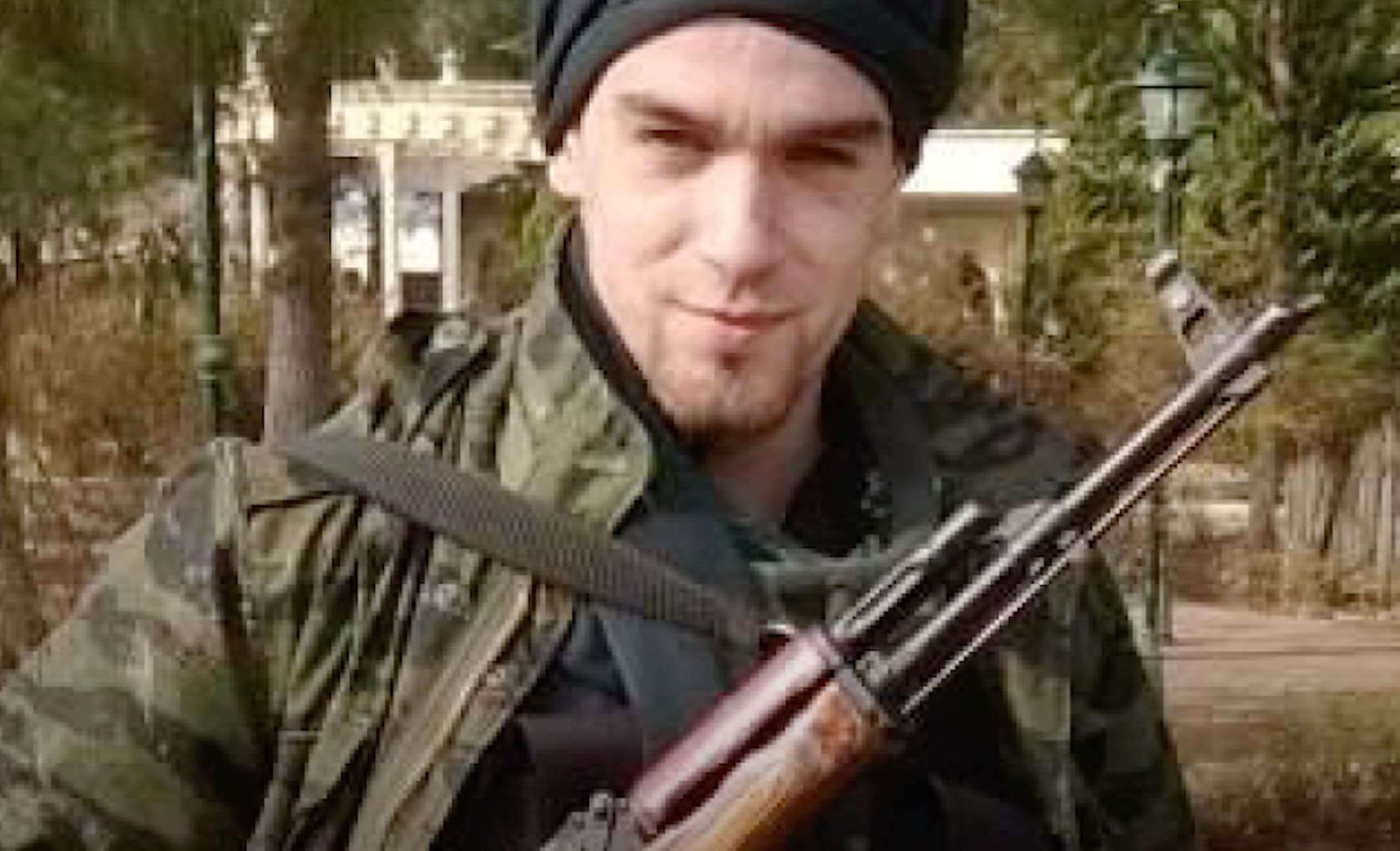 A Belgian Serving the Islamic State in Syria is the 58th ICSVE counter narrative video, this one featuring a Belgian who traveled to Syria early on in the conflicts. This video features 27-year-old Younes Delefortrie who was interviewed in February 2016, in Antwerp, Belgium by Anne Speckhard. The video clip was video edited and produced by Zack Baddorf and our ICSVE team.

In this video, 27-year-old Younes, whose story is also featured more fully in the book ISIS Defectors: Inside Stories of the Terrorist Caliphate tells of being raised by an alcoholic mother and partying as a teen. He references experiencing casual relationships which, as he puts it, were “without any value.”

Growing up Catholic in multi-cultural Antwerp, Younes learned about Islam from his Moroccan friends with whom he smoked marijuana. Attracted by their stories of warm families and nurturing mothers and religion that forbade alcohol, Younes converted to Islam.  Seeking for the truth in his new religion, Younes quickly separated from his Moroccan friends and sought out guidance from the newly forming Shariah in Belgiumgroup.  Bearded and wearing Islamic clothes, Younes experienced police and community harassment as he began actively proselytizing for them on the street. “Every time we were on the street we get arrested, suppressed, discriminated, put in jail for like 12 hours,” he states, “and get released just for talking [proselytizing] on the streets. We were under the eyes of the state security. Everyone was tapped [on] the phones, and it’s not fun to live without privacy.”

Ultimately, Younes became frustrated in Belgium. In 2013, he impulsively decided to make hijra–following an extremist belief that Muslims living among unbelievers should migrate to lands under Muslim rule. There he joined an early formation of ISIS. The militants put in him a group of French-speaking French and Libyan foreign fighters, where he declined to swear his bayat (fealty), but served them nonetheless as a guard. While Younes reserved his right to leave ISIS, he admits that once ISIS formed its Caliphate, there was no possibility of voluntarily leaving and ISIS beheaded those who tried.

Younes was disturbed by the fitna or strife that was occurring at the time he was present between al Nusra (an al Qaeda affiliate in Syria) and ISIS. Likewise, he wanted his girlfriend to join him, so he decided to head back home, again traveling via Turkey.  Back home in Europe, Younes was arrested and later prosecuted and sentenced to three years of suspended jail time and a suspended 15,000 Euro fine. Despite this, Younes was not mandated into any deradicalization or psychological treatment program.

At the time of this interview, Younes remains deeply committed to ISIS’s goals and ideology. He endorsed the 2015 Paris attacks as legitimate revenge for the U.S. led coalition bombings in Syria and later told journalists the same about the Zaventem airport and subway attacks in Brussels.  He showed a journalist an ISIS flag displayed in his bedroom and one sewed onto the back of his hoodie jacket.

Younes did attempt to return to his original profession of baking and even opened his own bakery.  However, Gert Wilders, a far right anti-immigration politician effectively shut him down by publicizing Younes’s prior terrorist affiliation.

Do you believe his story, as Younes tells it?

What do you think about his mother’s alcoholism playing a role in Younes deciding to convert to Islam?

Does it seem that new converts to Islam and their desire to find and discern the true Islam may make them vulnerable to being recruited into terrorist groups that claim to have the truth?

Do you think Younes should have been imprisoned for his time serving a terrorist group in Syria?

What do you think of Gert Wilders tweeting about Younes when after returning from Syria, he tried to make a new life in Antwerp as a baker, but was shut down instead?

Do you think Younes would benefit from psychological or Islamic-related counseling?

Timed transcript of A Belgian Serving the Islamic State in Syriavideo:

A Belgian Serving the Islamic State in Syria

0:03     We are raised with a lot of things that are not according [to] Islamic standards.

0:08     Growing up Catholic, Younes responded to his mother’s severe alcoholism, violence and ultimate abandonment of her children by himself starting to drink and party.

0:14     The partying and the relationships without any value made me realize

0:20     that life without borders is not actually the right life to live

0:28     I was religious. Religion was a part of my life from the beginning to the end.

0:32     Younes converted to Islam after hanging out with second-generation Moroccans in his native Belgium.

0:36    They told him about their warm, close families and Islam not allowing alcohol. Given his history, he found this attractive.

They were more like, ‘Ok, this is really clearcut. Black [and] white and no gray zones.’

1:02     Younes soon moved beyond his Moroccan friends who smoked marijuana.

1:05     He adopted more rigid Islamic practices, ultimately joining Shariah for Belgium, which wanted to bring shariah law to Belgium. There was resistance to this in his city of Antwerp.

1:16     Every time we were on the street we get arrested, suppressed, discriminated, put in jail for like 12 hours,

1:23     and get released just for talking [proselytizing] on the streets.

1:41     Younes became frustrated in Belgium and impulsively decided to make hijra–following an extremist belief that Muslims living among unbelievers should migrate to lands under Muslim rule.

1:47     If you don’t see the possibility to make yourself useful in your society, you change your society. You go to another place.

2:07    Younes flew to Istanbul and then traveled to Gazientep where he was smuggled across the border into Syria.

2:12     There was somebody waiting with a big van to get us to the police station of the Islamic [police].

2:18     They [the militants] checked everything: my computer, my phone, my belongings.

2:27     The militants—an early formation of ISIS put in him a group of French-speaking French and Libyan foreign fighters.

2:36     They were eating at the ground in the center of a very big house – a mansion actually.

2;52     Younes refused to give his bayat[pledge of allegiance] to ISIS.

2:55     I want to live with you people, I want to make myself useful, protecting the place, checking out houses, and whatever.

3:09     While Younes reserved his right to leave ISIS, he admits that once ISIS formed its Caliphate, there was no possibility of voluntarily leaving and ISIS beheaded those who tried.

3:22     There [were] also two grenades underneath my pillow [for] the state of emergency and that kind of things.

3:35     According to court documents, on Facebook, Younes named his employers as Jabhat al-Nusra and Revolusi (Revolution) Dawlah al-Islamiah (Islamic State).

3:40     Eventually, Younes decided to leave Syria. He had been robbed while being smuggled into Syria and wanted to ask his girlfriend to return [to Syria] with him.

3:45     When it didn’t work out with his girlfriend, he returned to his ex-wife in the Netherlands.

4:08     Later, Younes was arrested and sentenced to three years of suspended jail time and a suspended 15,000 Euro fine.

4:14     Younes was not mandated into any deradicalization or psychological treatment program despite remaining deeply committed to ISIS’s goals and ideology.

4:22     While in Syria, Younes had noticed political infighting between ISIS and al Nusra.

4:26     For me, [fitna, or strife between Muslims] is not a legitimate reason to fight for  something.

4:30     My thoughts and my prayers always were with the people who were fighting for Islam and for the safety of the Muslims.

4:37     It’s a shame that people are being [manipulated] and being sold out by other governments

4:47     Younes admits, that despite still supporting ISIS, he is disturbed by reports that ISIS emirs forced trainees, including children, to carry out executions.

4:58     Younes also admits that he gets upset when ISIS soldiers kill civilians.

5:08     However, Younes told ICSVE researchers that he saw the November 2015 Paris attacks

as legitimate revenge for the U.S.-led coalition bombings of Syrian territories.

5:14     He told journalists that he still supports ISIS, congratulated the group on its March 22, 2016 bombings of the Zaventem Brussels airport and the Brussels subway, and showed a journalist an ISIS flag in his bedroom.

5:21     Younes remains under surveillance in Belgium.

5:24     Younes did attempt to return to his original profession of baking and even opened his own bakery.

5:28     However, a far right anti-immigration politician effectively shut him down by publicizing Younes’s prior terrorist affiliation.

5:37     Sponsored by the International Center for the Study of Violent Extremism www.ICSVE.org